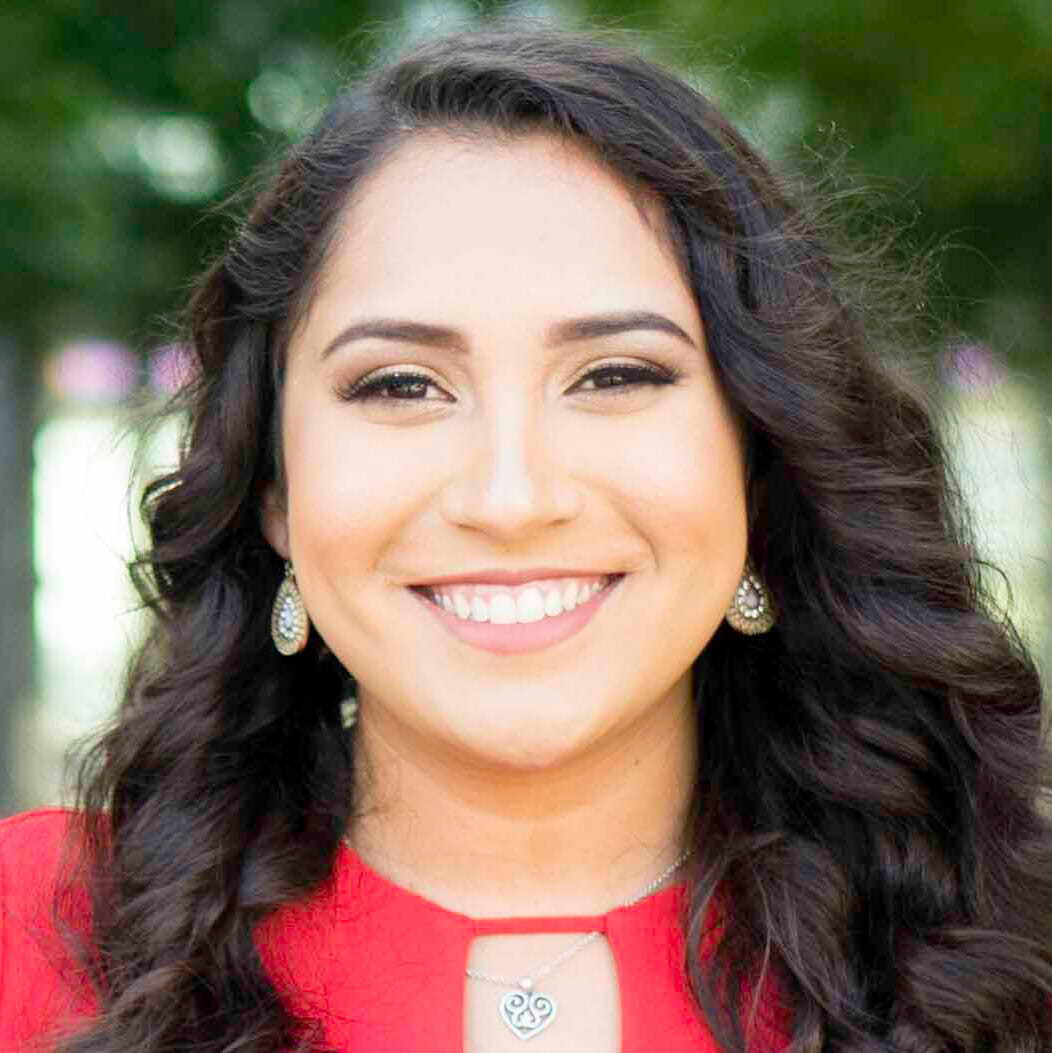 This is a transcript of an interview with Planned Parenthood Advocates of Virginia Executive Director Jamie Lockhart that originally appeared on Instagram Live. Remarks have been edited for clarity and brevity. To watch the full video, view it on Sister District Instagram.

I focus on education and outreach as well as the electoral side – making sure that we elect reproductive health champions to office in the Commonwealth, as well as lobbying elected officials. That means I go to the General Assembly session in Richmond and make sure that the voices of Planned Parenthood supporters are heard.

That is so important. There is a huge difference between what a Democratic trifecta can do compared to a Republican trifecta.

So can you explain a little bit about this awful case from Mississippi that is going to the Supreme Court, and why are so many people worried about what this means for abortion access?

It is extremely alarming, and folks who support abortion rights should be very concerned. I know that Sister District supporters would be familiar with Roe v. Wade, the 1973 case that protected abortion and this right to privacy. This case, Dobbs vs. Jackson Women’s Health Organization, strikes at the heart of Roe v. Wade and seeks to undo 50 years of legal precedence.

In 2018, Mississippi passed a 15-week ban, and this ban has been held as unconstitutional by the lower courts because it is under the Roe standard and this case has now made it to the Supreme Court. It’s very troubling because we know that there’s a new conservative Supreme Court, with Justice Amy Coney Barrett.

With this conservative majority, there is the very real fear and possibility that they either strike down part or all of Roe, which would then turn the protection over to the states. And we know that so many states have been putting in place these laws for this very moment, if the Supreme Court says that they’re allowed to place even more restrictions on abortion.

There are a few states with laws on the books that if Roe v. Wade were overturned then abortion would still be available and accessible. But on the flip side, there are about 22 states that would make abortion completely inaccessible if Roe v. Wade were overturned. It would be illegal. What are people at Planned Parenthood thinking about or talking about with that possibility?

Unfortunately, this is a moment that Planned Parenthood has been preparing for for decades, knowing that there are those that are opposed to abortion access that have been planning for this moment in time. I think that’s why it is all the more critical that folks like me, who are in states, really work to protect the right for states.

For example, Virginia is in the South. We’re surrounded by states that have been hostile to abortion rights. West Virginia is one of those 11 states with a trigger law. We know that Tennessee has passed very hostile legislation. North Carolina also has more restrictions on the books than Virginia.

We want to make sure that we protect access in the Commonwealth as a safe haven for our neighbors in the South. If something were to happen to Roe, thousands of people seeking care would likely come to the Commonwealth, or go to other states because they would have no choice.

Abortion access would be limited to people based on their zip code and based on their means. And we know who that impacts most directly; people of color, immigrants, people who don’t have the means to travel, to fly across state lines to access care.

Absolutely. I’m in Texas so I know all about harsh abortion restrictions.

In Texas, you have to wait 24 hours before you can get an abortion after your initial appointment. So if you are an immigrant, a young person, a person of color, or anyone who doesn’t have paid time off, it’s very difficult. In some cases you have to travel over a hundred miles to receive your abortion, and then you have to wait 24 hours to access it because of the laws in place. So the power really is in states.

Texas also just passed a six-week ban, which means that abortion would be illegal after six weeks. It’s basically an outright ban because most people don’t even know they’re pregnant at that time.

I really want to talk about how a Republican trifecta in Texas compares to the Democratic trifecta in Virginia. Since Democrats have come into power in the Commonwealth they’ve rolled back many of the harsh laws. Can you tell us about that?

The Virginia General Assembly was controlled by Republicans for decades, and during that time they passed a lot of really egregious obstacles to accessing reproductive healthcare.

You mentioned Texas has the 24-hour waiting period; that’s what we had here in the Commonwealth of Virginia before 2020. Along with a lot of other obstacles, like a mandatory ultrasound, bias counseling, restrictions on buildings to prevent new health centers and also threaten to shut down existing health centers. Also, there was a restriction that only physicians could provide abortion care.

For decades, Republicans were building up all these restrictions to make it harder to access care. In 2019, for the first time in decades – maybe ever – Virginia elected a pro-reproductive health majority to the Virginia General Assembly. We have been able to make amazing progress since then, but we still have more progress to go.

In the last two years, as a result of this majority, we got rid of the most onerous, medically unnecessary restrictions. Now those seeking abortion care in the Commonwealth of Virginia don’t have to make multiple visits because we eliminated the 24-hour waiting period. Highly qualified nurse practitioners can provide abortion care that they were banned from providing in the past.

Also, during this most recent legislative session, we got rid of the ban on abortion being covered by our state health insurance exchange. Abortion had been singled out as one component of healthcare that the state had banned private plans from covering.

We’ve also made great gains in contraceptive access, increasing funds for the state program, increasing access for Medicaid recipients as well for birth control. We’ve made progress in transgender healthcare. So many different things as a result of having this Democratic trifecta.

But it’s very tenuous, and we have elections this November 2nd, so all of this could roll back. We don’t have a constitutional amendment or anything in our code that protects an affirmative right to reproductive healthcare. We need to move towards that, but we have to make sure we win these elections first.

Virginia is so important this year. Hearing all these amazing things that the Democratic trifecta was able to do in such a short amount of time, we cannot let Virginia go back. And if we cannot keep Virginia blue, what’s going to happen in 2022, 2024 around protecting reproductive healthcare, expanding voting rights and so on.

I really do look at Virginia 2021 as a potential benchmark for 2022. I think that a lot of people are going to be investing in working in Virginia as them looking at how are the midterms going to turn out.

Absolutely. Make calls with Sister District, donate to our candidates. But if you are in a blue state, please donate to abortion access in red states who might be affected if Roe v. Wade were overturned, or make a donation to Planned Parenthood. It is so important that red states are supported and that people who are more likely to lose care are also receiving the support they need.

Not only is this good policy, but it’s also a winning political issue. 79% of Virginians support access to safe, legal abortion. If you watch the news, sometimes you may think otherwise based on what people are saying. But we’re in the vast majority, and so getting out the message that this is not only the right thing to do and the right public policy, but it’s something that Virginians and 77% of Americans support as well.

I’d also love to thank your volunteers who are planning on making phone calls and helping support the great Virginia candidates that we have. With a hundred House of Delegates seats up, it’s critical that we keep our majority.

And sadly, if Roe v. Wade were overturned, people who have money will still have access to abortion. It is the queer, young, trans folks, and people of color who will be affected the most.

Thank you. Thanks for highlighting the great work that we’ve done in the Commonwealth, and thanks for continuing to support our great candidates.

Note: In this interview, Ariana and Jamie use the word “people” instead of “women.” Sister District acknowledges that women aren’t the only ones who need abortion access. Trans and non-binary people need access too, and we’re working toward using more inclusive language to talk about abortion access.