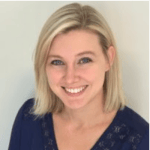 In the summer of 2020, the conservative majority on the Supreme Court used their superior numbers to reverse the opinion of a lower court, thereby allowing employers and organizations broad religious and moral exemptions from providing birth control coverage to employees and students.

The decision also protected these organizations from discrimination lawsuits, though discrimination is exactly what happens when an employer can enforce their personal religious or moral beliefs upon the medical care of female employees. Furthermore, it completely disregards the fact that contraception, while intended for birth control, is often prescribed by physicians for many legitimate and serious medical conditions that impact many women.

The impact on women

In a country where healthcare costs are astronomical and insurance is tied to one’s employer or institution, the decision immediately impacted between 70,500-126,400 women who lost access to their contraception. The ruling disproportionately burdens women with the task of finding alternative coverage for care, switching birth control methods based on cost rather than need and effectiveness, or paying hundreds to thousands of dollars out of pocket to maintain access to their prescribed medication.

After nearly 50 years of methodical attacks, Republican-led state legislatures have been successful in creating barriers to abortion access to the point that some states like Texas have near total bans on the procedure or have successfully regulated abortion providers out of the state altogether.

Birth control is next

Now they are turning their attention to ban certain birth control methods such as intrauterine devices (IUDs), and emergency contraception like Plan B, which they are attempting to classify as “abortifacients,” or abortion inducing medication.

Numerous physicians have come out to confirm that this classification is not only false, but completely misleading and dangerous. However, it hasn’t stopped ideological conservatives from building a political narrative that will allow their continued degradation of the reproductive and medical rights of women across that country.

Because Republicans do not have the popular vote, they depend on stoking the moral outrage of evangelicals and ideological conservatives in order to gain the support of issue-based voters.

After their siege on abortion is nearly complete, they will turn their base’s collective rage toward birth control in the name of morality and cost savings, all at the expense of women’s health and bodily autonomy. That’s why it’s so important to have progressive power in state legislatures to combat oppressive legislation and give women’s reproductive rights a voice in the fight.

As we have seen in Virginia, which enacted the Reproductive Health Protection Act, removing burdensome barriers to reproductive care and protecting women in their state from the ideological whims of politicians