Menu
May 18, 2021
You don’t have to tell me twice: Additional text message reminders for confirming volunteer attendance for Mobilize event

Objective: This study explored the efficacy of following up automated email and text message event reminders from Mobilize with a personal text message reminder sent to RSVPs the day of the event as a way to increase attendance to the event.

Background: Organizer knowledge and previous SDAN research suggests that reminding volunteers about events they have RSVP’d for increases event attendance. However, services like Mobilize and EventBrite have automatic reminders for events, and in the case of Mobilize at least, even sends RSVPs a confirmation/reminder text message the day before the event. But organizers are unsure if these automated reminders sent by an app or website replace the need for personal confirmation text messages. Further, it is unclear if people who confirmed attendance via the automated reminders from Mobilize (or another service) need additional reminders. This pilot study explored both of these questions.

Specifics: This study was a randomized controlled trial (RCT) designed by SDAN. SDAN chose a fundraising event with a large RSVP list for the pilot. The inclusion criteria for the study were RSVPing for the event and listing a phone number with which one could be sent a text message. All RSVPs that met inclusion criteria were enrolled in the study for a total sample of 293. All of the RSVPs were sent email reminders and a text message reminder automatically by Mobilize. A randomly chosen half of the sample received an additional text message from a real person the morning of the event on April 29, 2021. Confirmations and event attendance were tracked via Mobilize. 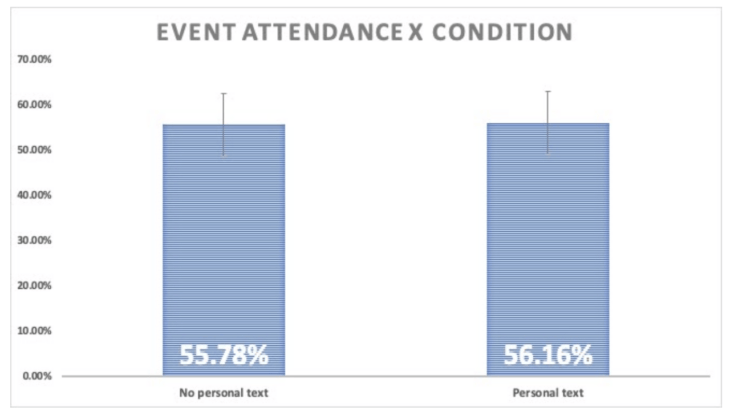 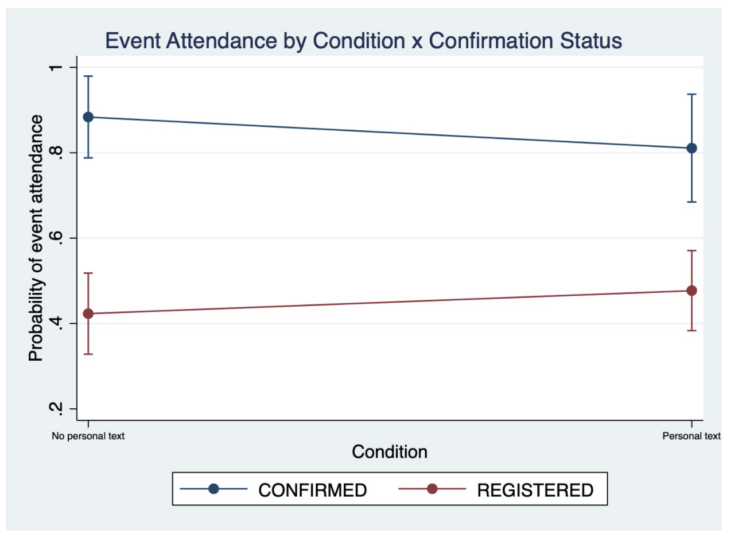 This pilot suggests that sending an additional, personal text message reminder about an event people have RSVP’d to does not boost event attendance. It appears that, unlike situations in which only one text message and/or one email reminder is sent (like in our previous confirmation study), a second, additional personal text reminder does not boost turnout. This means that this volunteer labor can be saved: The automated reminder message from Mobilize appears to be adequate.

Future directions for others interested in this research may include trying this tactic for a different event type, like a phonebank, or attempting this tactic in different audiences, like non-political volunteers.