Akilah Bacy, a native of Houston, Texas, grew up with her mother, sister, and twin brother in northwest Houston. Akilah graduated from Cypress-Creek High School of Cypress- Fairbanks I.S.D. She went on to attend Spelman College, where she earned a Bachelor of Arts in English. After completing Spelman College, she pursued her Juris Doctor in the panhandle at Texas Tech University School of Law.

Akilah began her career as an Assistant District Attorney with the Harris County District Attorney’s Office. However, she determined that she could better serve her community by defending primarily indigent people of Texas by advocating for those who find themselves a victim of employment discrimination.

Akilah works in her community both professionally and through a host of volunteer opportunities including serving as a pro-bono immigration attorney for children seeking asylum in the United States borders, mentoring in her local school district, teaching adult literacy, ESL, and legal rights classes in the West Houston community, and as a Sunday school teacher among other community service responsibilities.

Equitable Education
Texas adults aged 25 to 34 rank 25th in the world for educational attainment. Texas must take into account what is necessary to ensure that each member of the educational system receives quality academic support, resources and safety measures for their individual success. It is an educated workforce that drives economic success. ​Akilah volunteered as a mentor, adult literacy instructor and Sunday School teacher to fight for education as an everyday citizen. Akilah looks forward to continuing that fight for Texas education as the next State Rep for Texas House District 138 by requiring the State to pay its Constitutionally mandated 50% share, and equitably distributing additional funding, so that all public school graduates leave our schools with the same standard of education.

Employment Rights
All people should be given an honest opportunity to achieve the American Dream. Law makers should be required to not only consider an employer’s freedoms, but balance that against a worker’s right to personal dignities- ensuring workers make a fair wage while maintaining a good quality of life, ending worker discrimination, and increasing worker protections.

Healthcare
Texas has the highest overall uninsured rate in the country, the highest rate of uninsured kids, and the highest rate of uninsured women of childbearing age. More than a quarter of Texans, over 4.5 million, lack access to health-care coverage. Even with the ACA Marketplace, many Texans live where there is minimal competition. Akilah will advocate for creating a commission to ascertain how best to structure a potential public option that would increase ACA Marketplace competition and allow Texas residents to always have an option for health-care coverage, regardless of their location.

Flooding
During the aftermath of Hurricane Harvey, Akilah volunteered in shelters, collected baby care items, pulled ruined carpet, and knocked out drywall to help salvage the homes of her neighbors. After seeing much of the financial and legal burdens, Akilah served as a pro bono attorney for Texas House District 138 residents in subsequent court proceedings. Akilah is ready to take the fight to protect her community from flooding to the capitol by fighting for flood plain disclosure, incentivizing green infrastructure, partnering with agencies such as the Water District and Army COE and advocating for funding for additional reservoirs for her community.

Climate Protection
Climate change will have a massive effect on the economy and public health of Texas. In less than two decades, climate change will cause approximately 2,570 heat-related deaths, a 7% increase ($3.7 billion) increase in electricity costs, and a 22% decrease in crop production.
While Texas cannot single-handedly prevent climate change, it is important for each level of government to act. Akilah’s legislative action will include supporting increased clean energy subsidies, economic incentives, and partnering with industry and agency leaders to preserve a world for future generations.

Restorative Criminal Justice
Every courtroom across Texas displays a symbol symbolizing justice for all. While this goal remains righteous, justice must be demanded by most. In 2020, Texas must lead the way in decriminalizing victims of trafficking, addiction and those whose cases are disposed of. Texas must restore access to the rights held in the highest esteem by citizens not only in Texas, but across the country: life, liberty and the pursuit of happiness. 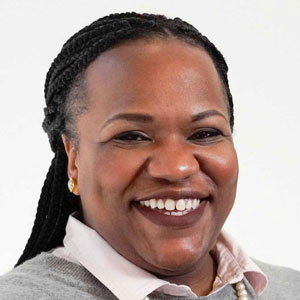 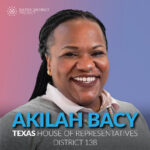