Raised in Pitt County, Brian Farkas has the real-world skills necessary to hit the ground running on Day One as the next state representative in District 9. Brian received a B.A. in Political Science and a Minor in Economics at the University of North Carolina at Charlotte, as well as a Master of Public Administration from the UNC School of Government in Chapel Hill.

Whether it’s his work in the private and public sectors, or serving on boards and commissions, Farkas is a proven leader who has engaged a number of organizations on issues affecting North Carolinians and delivered tangible results to improve Pitt County and the state. Brian is “all in” when it comes to giving back to the community he grew up in, doing whatever it takes to bring people together and fix problems.

Brian works in an architecture firm that works with businesses, local and state governments, and educational organizations to build stronger communities across Eastern North Carolina through responsible building design. He’s helped small towns and community colleges craft master plans to guide their long-term goals and built meaningful relationships with people from all walks of life.

Prior to joining JKF Architecture, Farkas worked for the National Institute of Environmental Health Sciences, where he specialized in emergency management measures to safeguard the lives and prized research of over 1,000 people. He has also worked for the United States Attorney for the Western District of North Carolina. Brian is an appointee of the Governor on the Disciplinary Hearing Commission of the North Carolina State Bar, a two-term president of the Greenville Museum of Art Board of Trustees, former Vice-Chair of the City of Greenville Public Transportation and Parking Commission, and is a member of the Greenville Comprehensive Planning Committee.

Strong Public Schools
Brian was educated in North Carolina’s public schools and universities. He knows firsthand that the strength of our schools are a direct reflection of our communities. In the legislature, Brian will work to recruit and retain the best and brightest teachers by raising teachers’ salaries to the national average and fully restoring the North Carolina Teaching Fellows Program. He will fight for stronger investments in East Carolina University and Pitt Community College, work to secure funding for the construction of a new Brody School of Medicine to recruit more physicians, and ensure that revenues from the state lottery are utilized to provide modern facilities, textbooks and services to North Carolina’s public schools.

Protect Our Environment
Brian strongly believes in standing up for our environment and creating clean energy opportunities. He will champion North Carolina’s transition to a clean energy economy. He will also work to ensure that critical infrastructure (power, roads, bridges, drinking water, etc.) is prepared to withstand major natural disasters, and that disaster recovery programs are streamlined to help survivors get the resources they need quickly. Finally, Brian will work to preserve and expand funding for the Clean Water Management Trust Fund, a non-regulatory organization that focuses on protecting and restoring the State’s land and water resources.

Justice for All
Brian understands that we need to ensure our criminal justice system operates equitably to reduce the population of incarcerated people. As a State Representative, Brian will work to help the formerly incarcerated become productive members of society by reducing barriers to employment. He will also fight to create a Pitt County Mental Health Court and restore funding for Drug Treatment Courts across North Carolina. Brian will work with the Department of Public Safety’s Juvenile Justice Section to promote and fund alternatives to the traditional justice system, such as Teen Courts and diversion programs.

Fix Broken Government
Brian Farkas recognizes that eliminating corruption in elections and in our government is critical to a healthy North Carolina. To that end, Brian will fight for an Independent Redistricting Commission to end gerrymandering. He will also work toward campaign finance reform and increase restrictions on lobbying by making sure that former elected officials and high-ranking political appointees cannot unfairly influence legislation once they leave office.

Public Education
The Republican Legislature has gutted funding for North Carolina’s public schools and refused to pay our educators a living wage. Brian will fight to lock up the lottery money so politicians stop stealing from the pot that is supposed to be for teacher salaries, classroom materials, and new school buildings. He’ll advocate to raise teacher pay to the national average so the state can recruit and retain the best educators. And he will fight to fully restore the North Carolina Teaching Fellows Program to rebuild the teacher pipeline and restore additional pay for educators who invest in themselves and earn master’s degrees.

Affordable Health Care
For years, the Republican Legislature has stood in the way of Medicaid expansion in North Carolina. Here in Pitt County, expansion would help over 13,000 people get immediate access to affordable health care. Not only would it save lives, but it would also stimulate the economy by generating over $100 million more in growth in Pitt in the next two years. This is crucial because one of our largest local employers is Vidant Medical Center (who just terminated 200 employees in cost-cutting measures), and we have seen an increase in rural hospitals laying off staff and closing permanently because we have not passed Medicaid expansion. In addition, Brian will also work to secure funding for the new Brody School of Medicine in Pitt County, which will let us expand our class sizes and train much-needed physicians in eastern North Carolina.

Good-paying Jobs
Brian works at a small architecture firm founded by his father in Greenville, where he works with public and private clients to build stronger communities across Eastern North Carolina. He’s also an active member of the Chamber of Commerce and has served on its Legislative Issues Committee for over five years, so he understands the need to champion pro-business investments in the region. Brian will fight to remove barriers to economic growth and living-wage jobs. As a few examples, he knows we must finish the I-587 spur into Pitt County and secure state funding for rural broadband. 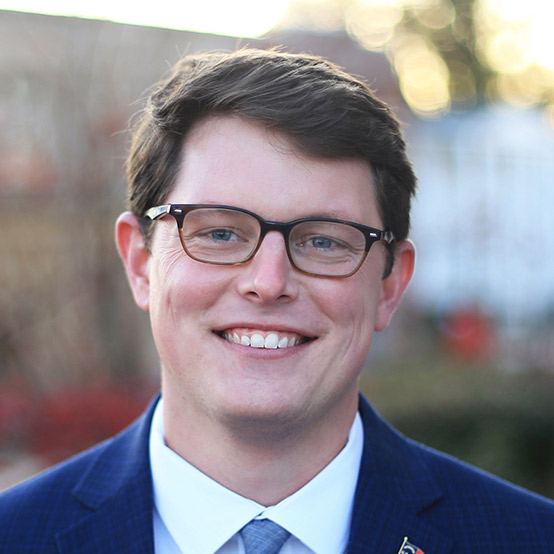 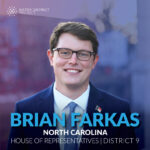