Brittney’s desire to serve stems from her upbringing. Born and raised in Pennsylvania, she is the daughter of her late father, a Vietnam veteran and former steelworker, and was raised by a single mother. Brittney worked to put herself through college and graduate school. She obtained a Bachelor of Science in Sociology, and a Master of Public Administration specializing in public policy and public sector human resources, both from Penn State University.

Brittney is personally familiar with the struggles that many families face, which inspired her to give back to her community to ensure a brighter future for her children. In 2019 she was appointed to the Dauphin County Democratic Committee where she works to increase voter turnout across the county. And prior to announcing her candidacy, Brittney was the South-central Region Director for the Pennsylvania Young Democrats.

Brittney knows how the state legislature works and is ready to jump in. She has served as a policy and research analyst at the Pennsylvania House of Representatives, where her role gave her responsibility for legislative drafting, policy analysis and constituent and stakeholder service. While at the Capitol, Brittney focused on a wide range of policy issues ranging from health and human services to liquor control.

As a State Representative, Brittney’s primary focus will be on increasing the minimum wage and securing fair paying jobs for all skill levels, government reform, quality education and providing adequate resources for healthcare and mental health services. Much of Brittney’s life was impacted by her family and friends’ battles with alcoholism and substance abuse, making it a top priority for her as a legislator. She currently resides in West Hanover Township with her husband Bryan and their two children, Olivia and Aiden.

During the COVID-19 pandemic, Brittney’s Republican opponent, Andrew Lewis, tested positive for the virus while he continued to work in capital. He did not notify his Democratic colleagues who he had come into close contact with before he went into self-isolation. In a statement, Brittney said:

“Rep. Lewis’ decision to conceal his diagnosis did not just endanger other elected officials. Infecting representatives who go home to their communities to every corner of our state hurts all of Pennsylvania and risks extending the economic impact of this pandemic. The first job of our public officials is to protect the health and welfare of our Commonwealth. Those involved in this coverup must be held accountable for those decisions. I’m running for State Representative to put people before politics. If elected, I won’t threaten the health and safety of those I disagree with, I’ll work with them to find solutions.”

Education
As a mother, Brittney sees education as a very important and personal concern. She will fight to fully and fairly fund Pennsylvania’s public schools while shifting the burden away from property tax payers. She will support curricula that do not just teach for a test, but that will teach life skills to prepare students for the realities of their future. Most importantly, Brittney will support initiatives that help Pennsylvania’s schools recognize and address mental health issues. She will advocate for teachers, counselors and safety officers to ensure they have the resources necessary to provide a quality education in a safe environment.

Healthcare
Healthcare costs, including emergency care and prescription drug costs, are on the rise, making affordable care unattainable for middle class families and our most vulnerable citizens alike. As a State Representative, Brittney will work to preserve Medicaid expansion and the Children’s Health Insurance Program to ensure that no family has to worry about how they’ll pay for necessary medical care. She will likewise work to reduce the costs of prescription drugs and fight to ensure that veterans and first responders have access to adequate mental and physical health care.

Government Reform and Fair Districts
Pennsylvania is in need of government reform at all levels. As a State Representative, Brittney will be committed to fighting for increased voting access, as well as campaign finance reform to bring government back to the people. Additionally, she will advocate for the creation of an independent commission for redistricting to eliminate gerrymandering in Pennsylvania.

Environment and Clean Energy
Harrisburg was recently voted fourth in the country for worst air quality. The legislature must address the poor air quality across the Commonwealth and explore alternative energy sources to natural gasses and fossil fuels in order to protect our climate and children. If elected to the State House, Brittney will prioritize combating climate change, investing in alternative energy sources and improving our air quality. 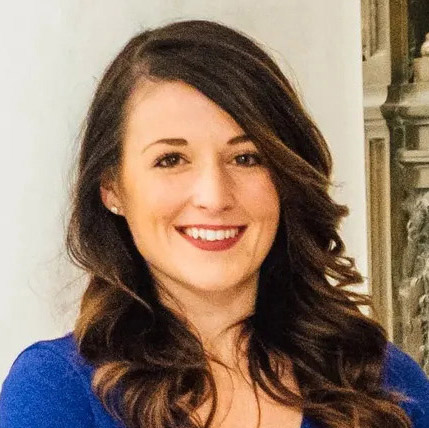 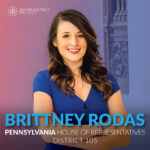