Christine Morse is a former attorney, mother, spouse of a Navy Veteran, and cancer survivor. A Michigan native, Christine saw the opportunity her father was given as an employee at Ford right out of high school. Good opportunities like that have grown harder to find, as the state’s Republican policies haven’t resulted in better jobs, health care, or education. Christine is running for state house because now is the time for Michiganders to demand a better future.

When Christine ran for Kalamazoo County Commissioner in 2018, the odds were stacked against her. After knocking on more doors than any other candidate, she won the seat — and continues to listen, advocate for, and respond to our community’s needs every day. As County Commissioner, she has tackled problems head on, working cooperatively with a bipartisan county board to make sure the budget is allocated to areas it was needed most. In addressing issues like the recent flooding in Texas Township, Christine has made sure to address the underlying problems before they spiral into larger economic and public health concerns. Now, Christine is running to bring this approach to Lansing, so that she can drive statewide policies that hard-working families need and deserve.

Education
Michigan ranks 50th in reading growth, and recent statewide policies to improve the problem aren’t working. What’s worse, these policies aren’t just hurting a few counties or select groups of students — they are hurting every child’s ability to succeed.

Jobs
Even before the coronavirus pandemic, Michigan’s economy was in a fragile state. From December 2018 to December 2019, Michigan created 55% fewer jobs than the nationwide average. Christine knows we need to take quick, decisive action now to protect jobs and pave the way for future job growth.

Environment
Michigan made national headlines over the failure to protect a vital environmental resource: water. But the crisis in Flint isn’t limited to that city — Michigan is only beginning to uncover its underlying infrastructure problems, and the state needs to work now to address the downstream impacts of the weak systems currently in place.

Equality for All
Every single issue impacting the state must be met with a higher value on equality for all citizens, regardless of gender, race, religion, or sexuality. The majority Republican legislature has had many chances to lead on equality — but failed. Now is the time to make sure the law is expanded to protect every member of the community.

Healthcare Coverage
Many families are only one bad accident or medical diagnosis away from extreme financial distress due to this country’s broken healthcare system. As a cancer survivor, Christine knows how important it is to protect coverage for preexisting conditions and ensure affordable healthcare coverage when families need it most.

Reproductive Rights
Women need lawmakers in Lansing who will protect their right to choose what is best for their bodies — and their families. Recent Republican-led legislation promoted unsafe and untested reproductive policies in order to score a few political points. It’s time to treat this deeply personal issue with the respect it deserves. 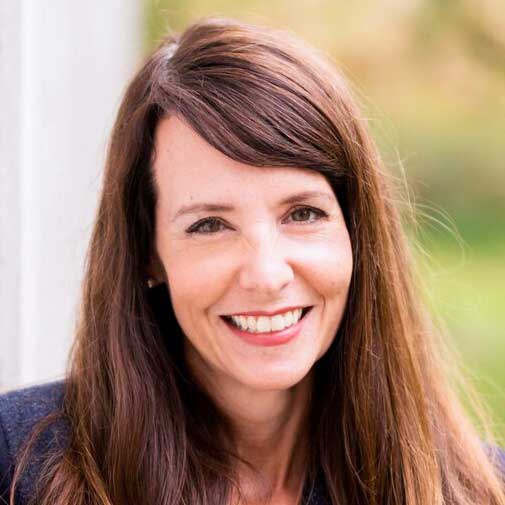 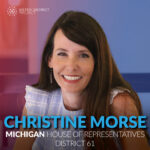