Claudette Williams is a woman of many firsts. She the first woman of color to be elected President of Council for the borough of Mount Pocono, a position which she currently holds. She is also the chair of the Monroe County Democratic Committee and the first African-American to hold the chair of any political party in the County’s history. Finally, Claudette also serves as a police commissioner for the Pocono Regional Police and is the first African-American to hold a seat as a Commissioner. She is also a 30-year U.S. Army Sergeant Major (Retired).

Claudette was born in the island of Jamaica and migrated to Brooklyn, New York at an early age. As a single mother of four, she moved to Mount Pocono, PA in 1998 looking for more opportunity for her family, with the hope that the move would be the “best and last” of her life.

In the wake of 9/11, she was called to active duty in support of Operation Enduring Freedom and Operation Iraqi Freedom. As a single mother, she had to find ongoing care for her children and sacrifice many of their most important years in order to serve as a soldier. Now as a retired veteran, Claudette believes that her duty as a citizen and leader did not end with her military service‚ and feels the need to serve her community in a larger capacity through local legislature.

Claudette explains, “People ask me: ‘Claudette, after putting your life on the line under fire in Iraq, why do you want to bother with a mess like [the state capital] Harrisburg?’ My answer is simple: I want to continue to give back to this great country in the House of Representatives with the same dedication I gave to the United States in the Army.”

A longtime resident of Mount Pocono, Claudette is involved in many aspects of the community including the African-American Network, National Council of Negro Women, the Veteran of Foreign Wars, the League of Women Voters, the Disabled American Veterans and a member of the PA State Veteran Causes.

Claudette supports fair living wages, workers’ rights and benefits and workplace safety. She feels that too many families in her district area are struggling financially even as they work hard, and will do her best to attract new industries and services to the district, while protecting the environment, which is the key to a thriving tourist trade.

Claudette believes the Commonwealth must assume greater responsibility to assure schools are adequately funded. She wants to reduce the burden on local taxpayers and tuition-paying families who are taking on massive debt. Claudette feels that untapped revenue is available, as Pennsylvania has given the natural gas industry a virtual free ride. Many other states wisely use the revenue generated by natural gas extraction taxes, and Claudette believes that PA should too.

Children without health insurance are less likely than insured children to have a regular health care provider and to receive care when they need it, putting them at greater risk of hospitalization. Although the provision of employer-sponsored health insurance is declining, and most low-wage and part-time workers lack employer coverage, public health insurance has resulted in increased coverage among children during the past decade. Having health insurance can protect families from financial devastation when a child experiences a serious or chronic illness and can help children remain healthy, active and in school.

The physical geography of the Poconos is a great asset. Claudette is a stream watcher and will continue to actively protect the local natural resources.

Claudette wants senior citizens to have access to medical care and not suffer from income deficiencies and economic insecurities. She is committed to being a voice to ensure their rights and resources are not affected.

As an immigrant herself, Claudette feels strongly about immigrant rights and the treatment of immigrants. She wants to end the bullying at schools over race and heritage, confront those who would prevent law-abiding individuals from getting a job or finding a place to live, and defend the right of every American citizen to vote. 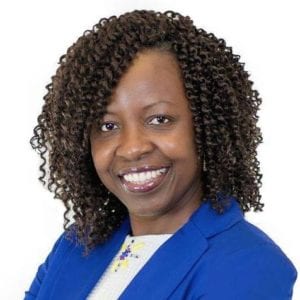