Debra Gardner has lived in Chesterfield County for almost thirty years. She has long been involved in organizations that provide aid and services to families and youth in her community. She holds a Master of Public Administration from Virginia Commonwealth University and a Bachelor of Arts in Sociology with a concentration in Social Work from North Carolina Central University. She served as an adjunct Professor teaching graduate courses in Executive Leadership at Virginia Commonwealth University.

Debra has over thirty years of public service experience, providing leadership in human services, public safety, and criminal justice. Her passion for helping people led to her career as a social worker and counselor, and later to senior executive service. Debra has served in leadership positions at three state agencies. These positions and her other government experiences have given her a unique understanding of government operations and fiscal management.

Debra has been a tireless advocate for those in need. She serves on various boards and committees within her community, including The Commonwealth Domestic Violence Prevention REsponse and the Virginia Drug Treatment Court Advisory Committee.

Debra has spent her life devoted to changing lives and making a difference. She will bring her proven leadership, experience, work ethic, and passion for service to the House of Delegates.

Covid Recovery
Debra is committed to ensuring that Virginia recovers from the Covid pandemic in a stronger position than the state was in before. In the legislature, she will fight for Covid recovery that reduces unemployment and provides services to those who suffered economically from the pandemic. She will also work to ensure that every eligible resident of the state is vaccinated and that the state improves its public health infrastructure.

Childcare and Early Childhood Education
Debra believes that every child in Virginia deserves a quality education. If elected, she will work with legislative colleagues to ensure that every child has access to early childhood education, and that parents have access to affordable childcare.

Roxann Robinson is the incumbent Republican delegate from Virginia’s 27th House District. She has served in the House of Delegates since 2010 and holds several powerful committee assignments, including education and appropriations.

In an attempt to appear moderate, Robinson has avoided sponsoring controversial legislation. However, her votes make it clear that she toes the Republican party line. She has voted against marijuana legalization, and against several common sense gun safety bills, including a bill that would have established gun-free zones on school board property.

Independent Henry Staruk has also declared a run for Delegate in the 27th District. As of April 2021, Staruk does not have any public websites, statements, or social media pages. 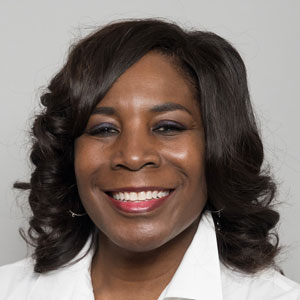