Finale Johnson Norton was born and raised in Exmore, on Virginia’s Eastern Shore. She will be a tireless advocate for working families in the General Assembly because her own family had to work hard to make ends meet. Her mom cleaned homes before earning her cosmetology license later in life, and her father shucked clams and laid ground cable. In the hard times that followed her father’s death in a truck accident when Finale was in eighth grade, Social Security helped her family get through. Through high school, Finale worked various jobs before and after school to make ends meet. Thanks to Virginia public schools, Finale had a chance to further her education. After graduating from Northampton High School, she attended Hampton University and earned her Bachelor of Science degree.

For the next 20 years as a Navy wife and businesswoman, she resided in Norfolk, remaining close to her family members in Norfolk and on the Eastern Shore. Finale began working at Bank of America (FKA) Sovran Bank in 1988. Always advocating for inclusion and equity, she served on Bank of America’s Diversity Council and was an executive sponsor for the company’s Lead for Women initiative and LGBTQ initiative. During her 26-year tenure at Bank of America, Finale worked her way up to becoming an executive responsible for more than 3,500 employees. She then worked at a global consulting company before retiring from corporate America. She has since moved back home to the Eastern Shore to be closer to her family.

Over the years, Finale has given back to the community through United Way campaigns, a Junior Achievement mentorship, Habitat for Humanity builds, the American Cancer Society’s Relay for Life, March of Dimes fundraising, and the Urban League.

Finale is running for Delegate because her community deserves a representative who puts people and working families above profit; a servant leader who will be a champion for everyone throughout District 100, both in Norfolk and the Eastern Shore. District 100’s issues are her issues because she has experienced them firsthand. Her willingness to listen and learn embodies the kind of leadership the 100th District needs.

Finale believes that children deserve safe schools and programs that prepare them for the technically advanced landscape. A component of this solution is ensuring that every Virginian has access to affordable high speed internet that is reliable throughout Virginia’s rural and urban communities.

Fair pay for a full day’s work shouldn’t be the exception — it should be the norm. The pandemic has shown that the nature of work and workplaces have changed. Finale will work to provide residents of the 100th district with the skills and infrastructure – including accessible broadband internet – to take advantage of this opportunity.

Finale believes that Virginia needs policies that support clean drinking water and clean energy, along with responsible aquaculture and agriculture. She will support legislation that ensures that public utilities play fair, protect the earth, and invest money back into the pockets of their customers.

Finale knows that Virginia needs patient advocacy programs that promote better care for seniors and for any patient who needs help navigating the complex medical environment. Along with this, healthcare workers deserve additional resources and adequate pay.

Virginia’s 100th House of Delegates district has been represented by Republican Robert Bloxom since 2014. It includes all of the Eastern Shore of Virginia – Accomack County and Northampton county – which is physically separate from the mainland of the Commonwealth. It also includes parts of Norfolk City.

Republican Robert Bloxom has represented the 100th district since 2014. He is a hard-right Republican with an anti-choice and anti-LGBT record. Because of this record, he received 0% ratings from NARAL Pro-Choice Virginia and Equality Virginia. In 2020, he voted against many of the police reform bills passed by the Democratic majority in the wake of the George Floyd murder.

Bloxom’s extreme pro-gun record earned him a  92% rating from the NRA in 2019. He has voted against every piece of common sense gun safety legislation put forward by the Democratic majority. In 2016, Bloxom voted in favor of allowing individuals with restraining orders to carry a concealed weapon without a permit. 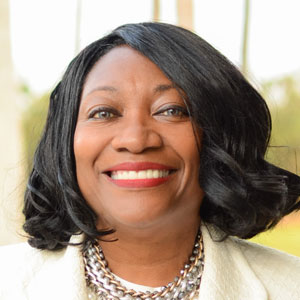