Miami has been Franccesca’s home since she immigrated from Peru with her family at age 8. She has spent most of her life in District 115, and is a proud graduate of Miami-Dade Public Schools. Franccesca earned a Bachelor’s Degree in Political Science and a Masters in Public Administration from Florida International University, becoming the first in her family to earn a college degree.

Helping her community has always been at the heart of Franccesca’s professional and personal life. She turned her master’s in public administration into a career advising nonprofits on the business strategies they need to strengthen communities. She has over 14 years of experience, working with community based organizations, international development organizations (NGOs) and institutions of higher education that specialize in education, family planning, domestic violence and other social services. She currently works as a Director of Finance and Operations for a Georgetown University department.

A committed community servant, Franccesca serves as a leader and mentor for a range of organizations and is a member and the former Chair of the Miami-Dade Hispanic Affairs Advisory Board. She also volunteers as a Troop Leader for her two daughters’ Girl Scouts Troop.

Education
As a Board Member at Be Strong International, Franccesca is passionate about education. Be Strong International delivers educational programming “centered around healthy relationships, financial literacy and educational and career success” to students in Miami-Dade and Broward counties. Franccesca believes that Florida’s legislature must fully fund its education system in order to give Florida’s kids the education they deserve.

A legislature that listens to the people
Florida politicians have been prioritizing their party over the people for too long. This includes their refusal to adopt Amendment 4, the Florida referendum that gave formerly incarcerated individuals the right to vote. Following the passage of the amendment, the Republican-led legislature instituted rules to disenfranchise these formerly incarcerated citizens and voted to make it harder for Florida residents to pass referendums in the future. Franccesca is running for Florida House to be a legislator who listens to her constituents and fights for their needs. 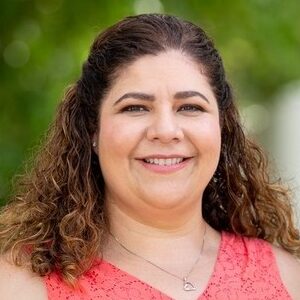 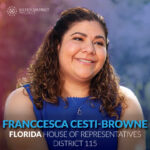