Frances was born, raised and received her initial education in Cumberland County. She earned a Bachelor of Science Degree in Transportation and Economics at North Carolina A&T State University. She then earned a Master of Arts in Political Science at Fayetteville State University and a PhD in Public Policy and Administration from Walden University.

Frances has had an extensive career in state and local government. After college, she served for 11 years as a transportation and community planner at the Cumberland County Planning Department. Next, she served as a Zoning Administrator and Transportation Director in Hoke County. She then served as a Transit Analyst for the City of Fayetteville. She taught high school civics and economics at Hoke County High School, and most recently she served as a Cumberland County Magistrate. Her experiences in public policy and public service have prepared her well to represent House District 45.

As a former Civics and Economics teacher and current adjunct instructor, Frances understands and supports educators. She will fight for timely raises for teachers as well as other education workers who help our students thrive, including bus drivers, custodians and cafeteria workers.

Healthcare
Frances understands that every North Carolinian deserves access to quality, affordable healthcare. She will work to expand access to health insurance for more residents, which will improve the health of our state while reducing costs for everyone.

Jobs & Economy
Frances recognizes that the bedrock of our community is our workforce. As a state representative, she will work to expand local education and workforce training programs to help grow the economy, particularly in rural areas of North Carolina. 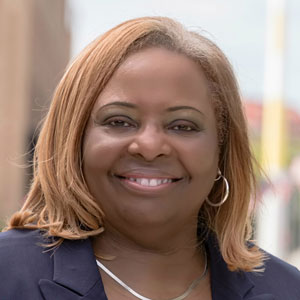 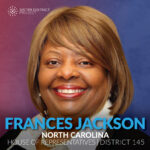