Helen Tai was elected as State Representative of the 178th Legislative District by a 96-vote margin in a historic special election on May 15, 2018. As a public servant, business owner and community volunteer, Helen Tai is committed to partnering with people and organizations to find common sense solutions.

After winning the special, Helen resigned her position on the Solebury Township board of supervisors, where she had served for 4 1/2 years. Solebury residents appreciated her regular communications, bringing transparency to the township government, her ability to bring people together and her effectiveness in addressing local issues, such as keeping water clean and safe and eliminating government waste.

Building on her two decades of experience partnering with organizations and people to reach their goals, 10 years ago she started Enabling Innovation, LLC, a consulting firm that uses proven business improvement methodologies to drive transformational innovation. She continues to lead that company today.

Previously she was at Johnson & Johnson’s consumer products division, where she trained and coached senior management in developing and implementing business vision, mission, and strategies, led global process improvement projects, and worked as a statistician. She also worked at other companies, including G.D. Searle and Company and Information Resources, Inc.

With a fourth degree black belt in the martial art of aikido, Helen and her husband founded Fearless Heart Aikido in New Hope, where they teach their students the philosophy and wisdom of aikido.

Additionally, she is a long-time Penn State Master Gardener volunteer, who educates the public about best practices in sustainable horticulture and environmental stewardship.

Before calling Solebury home in 2000, she lived and worked in a variety of places, in the U.S. and abroad including China and the Philippines.

Helen and her husband of nearly 30 years, sculptor John McDevitt, are frequently seen walking on the towpath with their dog Cosmo.

Government Reform
I believe it is completely inappropriate for legislators to use their office to enrich themselves. Thus, I wholeheartedly support Governor Wolf’s proposed ethics rules and would introduce legislation to make them law. Indeed, I would go further in reforming what the Bucks County Courier Times described as “the most corrupt legislature in the nation.”

In addition to banning all gifts to public officials, and “no budget, no pay” for state lawmakers who can’t pass a budget for the state, I support ending gerrymandering of state legislative districts, reducing the size of the legislature, shedding light on “dark money” by requiring all political ads to identify the persons or corporations providing the funds for them, and preventing bills with substantial popular support from being bottled up in committees forever.

Gerrymandering, by either party, makes a travesty of our democracy as it allows elected officials to choose their voters rather than voters choosing their elected officials. I favor establishing an independent commission that draws district lines based on the criteria of equal population, compactness, and non-division of counties or municipalities wherever possible. “Dark money” ads are those which hide behind labels, like “Americans for Prosperity,” to publish propaganda and often falsehoods for or against candidates. I would require all such ads to identify the actual sources of money behind the ads, whether it be the Koch Brothers or George Soros. Finally, I will not be taking per diems or a taxpayer funded car.

Environment
Because the federal government is either rolling back or not enforcing many existing environmental protections, it is more important than ever that Pennsylvania step up with fair laws and do everything to protect and preserve our land, the air, and water.

We must ensure that we don’t go back to the days when industry felt free to pour pollutants into the air we breathe and dump toxins into the water. We should also encourage clean energy, not only because we don’t want to leave our children a host of problems that we created, but also because it makes economic sense: clean energy means jobs.

Among all of the environmental issues we face, fracking is of the most immediate concern. All residents of the 178th legislative district get their water from the ground or from the Delaware River, with 80% of the water supply for Northampton Township coming from the Delaware River via the Bucks County Water and Sewer facility at Point Pleasant. The biggest by-product of fracking is the residue of the chemicals pumped into and out of the ground. As a result, we need to prevent fracking from occurring in the Delaware River basin and ensure that chemical waste produced elsewhere does not end up in the Delaware or any place where it could contaminate our drinking water.

Education
Helen believes that all children deserve a high quality education. While good progress has been made under the administration of Democrat Tom Wolf, who restored $1 billion in funding cuts made under the previous Republican administration, much more needs to be done to make sure our children and young adults have the education and skills they need to succeed in the 21st century.

Of particular importance are increased funding for Pre-K education to ensure all children are ready to learn and investments in career training and apprenticeships for those who don’t go to college. Strengthening our higher education generally will ensure that more students stay in Pennsylvania once they graduate, thus attracting new businesses and expanding our economy overall. When the economy expands, so does the revenue to fund these investments.

The system for funding education in Pennsylvania must be fair to every child if our dream of a high-quality education for all is to be achieved. Currently, the state government spends too little on education, leading to a near-total reliance on property taxes, which are onerous for many. While proposals to eliminate all property taxes would threaten that predictable revenue stream, property-tax reform is clearly needed to make the financing of our schools more equitable. Compounding the issue is the penchant of the state to pass unfunded mandates that fall on the local government to finance.

The bottom line: we need to increase state funding to pay for mandates they impose and to eliminate large inequities in the system.

Healthcare
Everyone, no matter their age, sex, or income level, deserves access to affordable health care, which is threatened by the Trump administration’s attempts to dismantle both the Affordable Care Act and Medicaid. To ensure the best health outcomes for our children, adequate funding for prenatal care and the Children’s Health Insurance Program (CHIP) should be universally provided.

Women, and especially older women, are particularly hard-hit when access to health care is threatened because 60% of Pennsylvania residents over 70 are female. Younger women are unfairly targeted when state legislators vote to undermine a woman’s right to choose. Helen strongly supports the work of Planned Parenthood and will work hard to ensure that every woman retains the right to make her own decisions about her reproductive health, in consultation with her physician.

Fair Pay
Helen believes that all workers should be paid equitably for the work they do and supports the recent increase in overtime pay for hundreds of thousands of Pennsylvania workers. In addition to improving the lives of so many who are struggling to make ends meet, increasing the minimum wage and overtime rates will improve the state’s economy by reducing employee turnover, creating more competitive salaries, and keeping more high-paying jobs in the state. It will also pump more money right back into the economy.

For those currently unemployed or underemployed, Helen believes the state must help create good-paying jobs, ensure that its citizens are trained for those jobs, and pay people who hold those jobs fairly.

With regard to equitable pay for Pennsylvania women, in 2016 their median earnings were just 79% of those of men. While efforts at the federal level to rectify this are stalled, our state legislature can enact laws to make sure equal pay laws are applied to all businesses in the state, employers compensate men and women equitably for jobs that are comparable if not identical, and all employees are protected from intentional and unintentional discrimination.

Budget
Helen supports and will introduce legislation that if the legislature doesn’t pass a balanced budget, they don’t get paid. Helen has spent much of her life helping individuals and organizations become more effective and efficient and believes there is always room for improving how our tax dollars are spent. But she is also a realist and knows that spending cuts and efficiencies alone are not the answer to our budget mess. To fix our fiscal problems, we must also look to increasing revenue.

There is also a large source of untapped money that Pennsylvania leaves on the table every year —revenue from the gas that is being extracted from our land. The state’s Fiscal Office estimates that Pennsylvania’s effective tax rate on gas is lower than all but one other gas-producing state. As a result, we are losing hundreds of millions of dollars in revenue. According to the Pennsylvania Budget and Policy Center, a severance tax could raise enough revenue to cover 20% or more of our budget shortfall. One of Helen’s top priorities will be to help form a coalition from both parties to pass a gas extraction tax.

Gun Safety
Because of the failed leadership in Harrisburg, a myriad of gun safety bills are stuck in committees and not coming to the floor of the House for debate. There is a bill implementing universal background checks for gun purchases (HB1400), a bump stock ban (HB1872), a bill banning terrorists from purchasing weapons (HB528), and so many other commonsense reforms that are being blocked by the politicians in Harrisburg. The children, parents and grandparents who live in Bucks County deserve those reforms.

Helen supports the rights of individual gun ownership and the right to self-defense provided for by the 2nd Amendment AND she also supports common-sense legislation that protects the public.

Therefore, Helen would make the following a priority :

Opioid Epidemic
Governor Wolf has stated that opioid addiction is “the worst public health crisis in Pennsylvania,” and the federal government has declared it a national emergency. Pennsylvania has the eighth highest number of opioid-related deaths in the nation, and in Bucks County alone, there were 185 such deaths in 2016.

Efforts by Governor Wolf and the legislators have done a lot to fight this scourge by:

While these programs are effective and essential, we need to do more to target the causes of addiction, fight the spread of the drugs, and provide resources for abusers seeking treatment. 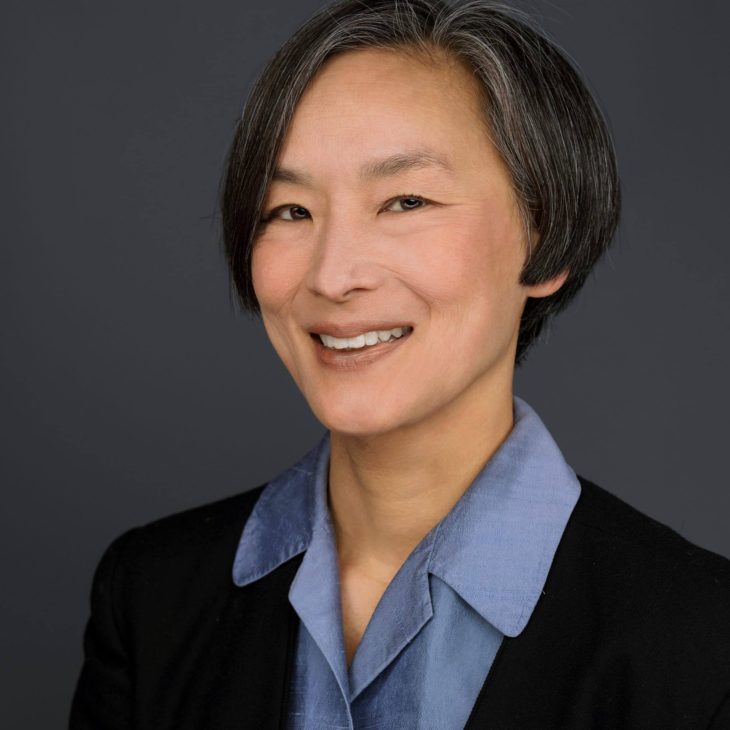 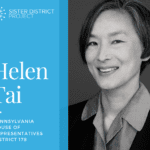