At a young age, Rep. Jasmine Clark realized her passion for the sciences and aspired to follow in her father’s footsteps to become a doctor. She received a Bachelor’s degree in Biological Sciences with a concentration in Microbiology from the University of Tennessee in Knoxville. After publishing her work on retroviral particle tracking using live cell imaging microscopy, she went on to earn a Doctorate in Microbiology and Molecular Genetics from Emory University’s Laney Graduate School in 2013. Subsequently, she completed a Postdoctoral project at Emory University, studying high-throughput sequencing of HIV patient samples.

Jasmine currently serves as a Lecturer of Microbiology and Human Anatomy and Physiology at the Nell Hodgson Woodruff School of Nursing at Emory University. In 2018, she ran for the Georgia State House on the platform that her scientific background would add a unique and refreshing perspective to the legislature. She currently serves as the Representative to House District 108, covering the Lilburn and Mountain Park areas of Gwinnett County.

As a first-term legislator, Jasmine’s agenda has been focused on education, voting rights, reproductive rights, environmental protection, common sense gun reform, and healthcare. Jasmine is the primary sponsor on HB 133, which seeks medically accurate sex education that includes accurate information regarding HIV prevention. She is also a top sponsor of dozens of bills that reflect constituent issues and concerns, as well as her own core values.

Along with her academic and professional accomplishments, Jasmine is a mother of two and has been involved in community organizing and activism. She served as the Director of the March for Science held in Atlanta in April 2017. She then continued to work with other groups, including the Georgia Alliance for Social Justice, to advocate for social justice. Jasmine believes that an inclusive Georgia is a thriving Georgia, and that there is no place for divisive rhetoric and discriminatory practices in Georgia’s future.

On Affordable Healthcare
Georgia’s healthcare system is in critical condition; the state has among the highest rates of uninsured residents in the country. In Gwinnett County alone, more than 100,000 residents are uninsured. The state’s refusal to expand Medicaid has resulted in a large number of Georgians left without viable insurance options, and many rural hospitals having to shutter their doors. Jasmine believes that access to affordable healthcare is a right. She will continue to fight for policies that ensure access to healthcare for all Georgians.

Jasmine also believes that reproductive care is healthcare. Laws that seek to strip away women’s bodily autonomy and allow government intrusion on private medical matters are unconstitutional and unnecessary. Jasmine holds that Georgians should have access to safe, legal abortions as is granted to them by the Constitution (Roe v. Wade).

On Education
Serving as a faculty member at some of Georgia’s top universities, Jasmine is particularly passionate about education. She believes that all children, regardless of race, ethnicity, or socioeconomic status, should have access to a quality education. Jasmine believes that Georgia, whose education system ranks 38th in the nation, must invest more in its public education. Jasmine will invest in Georgia’s students and educators by dedicating more dollars per student in the state budget and increasing teacher pay.

On Jobs and Wages
Jasmine believes that it is unconscionable that there are so many Georgia residents that work more than 40 hours a week, sometimes at multiple jobs, but still cannot afford everyday necessities. Wages in Georgia have not kept pace with the state’s cost of living, and it is time we as a State take time to fix it. Jasmine believes that workable solutions can be achieved through collaboration with the business community, including small business owners.

On Guns
Gun violence in the US has become a staggering public health issue, and it needs to be addressed. While sweeping changes on the federal level are long overdue, there is also plenty of work to be done on the state level. This includes closing loopholes that allow individuals to curtail background checks, as well as mandatory gun licensing. Jasmine believes that Georgia should increase the minimum age for purchasing a gun to 21. Georgia needs legislators that understand that enacting common sense gun laws and protecting Second Amendment rights are not mutually exclusive.

On Climate Change
Jasmine believes that Earth is our home and we must protect it. There is overwhelming scientific evidence that without willful intervention, there could be catastrophic consequences of climate change across the globe. Now is the time for Georgia to invest in renewable energy. Not only will this help Georgians contribute to the global effort to reduce carbon emissions, but it will also bring economic growth to the state.

“Clark: A Legislator with a Lab Coat” – Emory Wheel 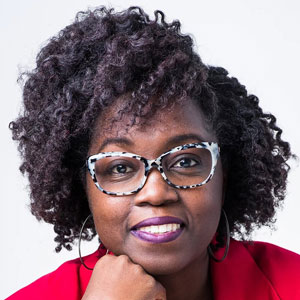 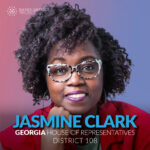