Kristin Seale was raised by a hard-working single mother in Baltimore, MD, Kristin’s family instilled in her the belief that if they had enough to eat and a place to sleep, it was their responsibility to serve others in need. She spent her childhood volunteering for members of her community including Maryland School for the Blind, a homeless breakfast, peer groups for children of separation and divorce, and the first wave of people living with HIV/AIDS.

A lifelong public servant, Kristin currently serves on the leadership team of a statewide energy nonprofit that has helped Pennsylvanians of every electric ratepayer class conserve energy and save money through energy efficiency. She has a long track record of protecting and supporting communities in public health, poverty law, and energy, by advocating for and successfully moving bipartisan legislation in two state legislatures through community-led and coalition-based collaboration with elected decision makers. She is a founder of two successful nonprofit women’s sports organizations — one local, and one international in scope. Kristin earned a Bachelors of Public and Community Health from New Mexico State University, and a Masters of Public Administration from Villanova University.

In the summer of 2016, Kristin proudly represented the 7th Congressional District of Pennsylvania as a Sanders Labor Delegate to the Democratic National Convention in Philadelphia. In 2017 Kristin graduated from Emerge PA’s intensive candidate training program, and was honored to be selected from thousands of applicants for the 2017 national candidate training of the Progressive Change Campaign Committee.

Kristin was elected Rose Tree Media School Board Director in November 2017, winning an historic number of votes in the race. She was sworn in on December 5th, 2017, and is enjoying serving her community and the students of the RTMSD every day.

Kristin’s passion for public service and lifelong grassroots advocacy work inform her commitment to serving all constituents in the 168th House District. Her record of moving and protecting bipartisan legislation in Republican-led legislatures in both New Mexico and Pennsylvania demonstrates her ability to not just reach across the aisle, but build relationships that get real work done for the people she serves.

You can expect her to be an active and compassionate listener, to hear your ideas for a stronger district that reflects your needs, who wants you to inform how she can best represent you. She hopes to bring a strong, community informed voice to the important decision making that impacts our public safety, public education, civil rights and social equity, improving the health and lives of our community and fostering economic growth in the 168th that benefits everyone.

Kristin lives in Media Borough, PA, and is the proud mother of two daughters as well as spouse to Chris Seale.

Women’s Rights
Only 19% of the Representatives and Senators in the Pennsylvania General Assembly are women. The 168th House District is 52% women, yet has never had a woman represent it to this legislative body.

This is not abstract or academic—Kristin’s rights, her daughters’, her friends’, neighbors’ and loved ones’ are under attack every day in this state. Well-meaning democratic men in Pennsylvania’s legislature have had decades to secure our rights and ensure our freedoms, and they’ve consistently failed.

Poverty, lack of quality health care access, food insecurity and income inequity are just a few of the issues that disproportionately impact the women in the 168 community. Kristin Seale will fight every day for the rights, opportunities and freedoms of women and girls in the district and across the Commonwealth.

LGTBQ Equality
Kristin Seale firmly and unequivocally believes that all freedoms Americans enjoy, including workplace protections, the decision of whom to marry and to raise a family with, property ownership, sharing benefits with a partner and participation in the economy should extend to all of us, including to all members of the LGBTQIA+ community. We have the right to live free of discrimination in our communities across the Commonwealth.

As an out, queer candidate, Kristin has demonstrated her commitment to equality with committed lifelong advocacy for LGTBQ rights and freedoms, and that has not gone unnoticed, earning her an endorsement from Equality PA and the LGBTQ Victory Fund. It is Kristin’s dream to convene the first LGBTQ Caucus with more than one elected, out legislator in the PA General Assembly in 2019, and to continue to build that bench at every level across the state until true representation for the community in electoral politics is realized.

Healthcare
Tens of thousands of Pennsylvanians are one medical emergency away from financial disaster, as are tens of millions of Americans. Many more cannot afford routine care, leading to shorter lives of decreased quality and productivity. In the world’s wealthiest country, it is unconscionable that we continue to ignore these solvable problems. Medicare for All provides a simple, practical path toward better healthcare outcomes with dramatic cost reductions throughout the system.

But we need not wait for a national solution. Kristin Seale supports HB1688 and SB1014 to bring single-payer health coverage to all Pennsylvanians, eliminating copayments and deductibles while ensuring free choice of providers. Moving to single-payer health care will also stimulate Pennsylvania’s economy by reducing the overall cost of care—not to mention that healthy, happy citizens are also more productive.

Kristin is endorsed by Philly Democratic Socialists of America.

K-12 Education
PA is 46th in state share of public education funding, with the state contributing only 36% of the total cost of education (compared to a national average of 45%)—an all-time historic low for the Commonwealth. Even worse, we rank dead last in funding inequity, with the best-funded districts spending 33% more per student than impoverished districts—more than double the national average disparity. The most underfunded school district in America is in Pennsylvania. We are underfunding our future.

Kristin Seale will pursue legislation to substantially increase the state’s investment in our children’s futures, and to ensure that a fair school funding formula properly allocates a larger share to struggling districts with the greatest needs, while eliminating the current incentive to overtax those under resourced districts.

As a School Director for Rose Tree Media School Board, Kristin worked with her colleagues to early negotiate a new teacher contract providing competitive compensation. She’s determined to recognize, reward, and recruit top-notch educators and districts, as well as equalize opportunity for struggling districts, and she’ll take that determination with her to Harrisburg.

College and Trades Education
Essential employment training should be free to students. It’s long past time to communally invest in college and trade education, so all Pennsylvanians have the knowledge and 21st century job skills they need in order to not just survive, but thrive in the modern economy.

We’re experiencing a national crisis in student debt, and Pennsylvania ranks first in debt load per student. Graduating Pennsylvanians owe an average of $35,000, far above the national average. We cripple young graduates with hefty debt service payments when they can least afford them, at the beginning of their career. In addition to eliminating undergraduate tuition, we must also abate or restructure existing student debt, so that the burden of repayment does not fall so heavily at the low end of the career earning potential curve.

Meanwhile, Pennsylvania and the nation at large face a huge shortage in skilled tradespeople. Decades of cultural insistence that “college is the only way” have left us with too few electricians, plumbers, construction and building trades workers to build and maintain our essential infrastructure. We need not just a policy shift, but a cultural shift to embrace the essential nobility of trade work in our society.

Kristin Seale will pursue legislation to make college and trade school education in essential fields available free of charge to all Pennsylvanians.

Gun Safety
It’s time we stop ignoring the first four words of the Second Amendment, and rein in the scourge of gun violence by ensuring that gun ownership is truly well-regulated. We can and must go further than background checks — only automotive-style licensing, registration, and insurance requirements will place the burden of accountability and responsibility where it properly belongs.

Kristin Seale will pursue legislation to require all Pennsylvanians to fulfill these responsible requirements before taking possession of firearms, and to provide current firearm owners a reasonable timeframe for coming into compliance.

Gerrymandering
Despite the 2018 court rulings invalidating Pennsylvania’s outrageously partisan Congressional map, the state remains the poster child for gerrymandering at the Legislative level. With the 2020 Census and subsequent redistricting on the horizon, we must elect representatives who will deliver fair district maps.

As a staunch advocate of small-d democracy, Kristin Seale strongly supports the creation of an independent citizens’ commission for redistricting.

Mariner East 2 Pipeline
Sunoco’s dangerous, ill-conceived pure profit hazardous natural gas liquids pipeline places thousands of Pennsylvanians, their homes, schools and places of business at risk, in exchange for virtually no public benefit. It will move an unconscionable quantity of undetectable, highly compressed and highly combustible liquids through residential neighborhoods that are ill-equipped to respond to a potential leak. It should never have been permitted in the first place, and it must not enter into operation.

How did we get here? As a provider of residential and commercial utility natural gas, Sunoco has purchased the privilege of Eminent Domain through the acquisition of historic pipelines with a public utility designation, which allows it to repurpose private property when there is a compelling public good at stake.

No such local benefit derives from ME2, which is designed to pipe heavier-than-air, undetectable natural gas liquids to a port facility for shipping overseas, where they will be used in the manufacturing of plastics. Any pipeline leak or failure puts citizens at grave risk, because any spark can ignite these substances — and no odorants are added to them to help detection, because overseas consumers don’t want their plastics to smell bad.

The Mariner East 2 pipeline represents a profound overreach in the application of the Eminent Domain privilege. In the state legislature, Kristin Seale will continue to fight tooth and nail to prevent Sunoco and Energy Transfer Partners from endangering her constituents by bringing ME2 into service, and she will pursue legislation to curb further abuses of Eminent Domain.

Kristin has been involved in the local, grassroots fight against the Mariner East II pipeline since August of 2016, working with her Borough Council, School District and the Middletown Coalition for Community Safety to stop this imminent danger threatening her neighbors and friends. She was proud to take part in the first ever public action of this movement, and will continue to stand with DelChesco United and other communities and organizations across the Commonwealth fighting for public safety. 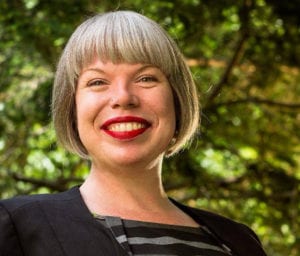