Delegate Lashrecse D. Aird has represented the 63rd District since January 2016. She holds the special distinction of being the youngest woman ever elected to the Virginia House of Delegates.

Delegate Aird serves on the General Laws; Health, Welfare and Institutions; and Appropriations committees. Out of session, she serves on the joint subcommittees on Tax Preferences and Local Governments in Fiscal Distress. She was recently appointed to Virginia Tobacco Region Revitalization Commission, which awards grants that support job creation, education and a variety of projects in tobacco-dependent communities.

Delegate Aird’s professional life reflects her conviction that the struggle for equality begins with political freedom and education. Working side by side with the president as chief of staff, and as a member of the executive leadership team at Richard Bland College of William and Mary, she helps today’s students become tomorrow’s leaders.

Delegate Aird has been recognized with numerous awards and honors, including the University of Virginia’s Emerging Leader Award, the Free Enterprise Award from the Virginia Chamber of Commerce in 2018 and 2019, and the Energy Freedom award from the Sierra Club. She has been named Virginia Leadership Institute’s Top Ten Leaders under Forty, and is the recipient of Virginia State University’s Presidential Medallion and the Young Trojan Distinguished Alumni Award for two consecutive years.

Economic Development
Economic development resources are critical in the 63rd District. Lashrecse wants to ensure that companies are enticed to bring their jobs to the 63rd District to increase the number of quality jobs available. Lashrecse will continue working for access to high-paying jobs, with benefits from companies that have a shared investment in their employees and the community. In her first three terms, she has garnered over $10M in budgetary earmarks for economic development investments in her district.

K-12 Funding & Higher Education
Lashrecse has long understood the impact a high-quality public education can have on both students and communities, and has always been a champion for Virginia’s students and educators. She believes that all children need to have equitable access to quality education and has consistently advocated for increased funding, especially for localities struggling to maintain standards of quality. Lashrecse has joined colleagues in advocating for universal pre-k for all.

Outside of the General Assembly Session, Lashrecse holds a senior administrative position at Richard Bland College. With this unique perspective, she also recognizes the immense challenges many Virginians face in accessing higher education. This experience informed her efforts to pass legislation banning state universities in the Commonwealth from asking prospective students about their possible criminal records.

Women’s Rights
In the House of Delegates, Lashrecse is well known for her tireless advocacy for the rights of all women, particularly those who are most vulnerable. She has a strong voting record on a wide array of legislation, ranging from pay equity and banning gender discrimination, to expanding reproductive freedom and investing in resources for working mothers. One of Lashrecse’s greatest legislative successes has been her advocacy around maternal mortality. She has carried several pieces of legislation to expand access to reproductive services for vulnerable women, most notably a bill to include doulas and other pre- and postnatal resources for women who receive Medicaid.

Clean Energy
When it comes to clean energy, Virginia has emerged as a new frontier in the region, and Lashrecse continues to lead the Commonwealth on this issue. As with all of her legislative priorities, Lashrecse approaches clean energy through an equity lens, working to ensure that communities that have been disproportionately impacted by climate change are prioritized when it comes to green initiatives. In 2018 Lashrecse passed legislation establishing the Virginia Clean Energy Advisory Board to foster the development of green energy policies.

Civil Rights and Social Justice
As one of the few young, Black female lawmakers in the General Assembly, Lashrecse has emerged as a leader on a vast array of social justice issues. Her advocacy has led to the passage of a ban on police usage of facial recognition technology, as well as Breonna’s Law, which bans no-knock warrants. Lashrecse has proudly supported bills to formally ban discrimination and harassment of marginalized groups. Most recently, she passed two historic resolutions declaring racism a public health crisis and declaring access to clean water a human right.

Del. Aird’s service is guided by her allegiance to the citizens she represents and her devotion to improving their quality of life. In her first two terms, she has placed a significant emphasis on improving K-12 and higher education, workforce development, and economic and social justice.

She has voted to increase access to healthcare, improve gun safety, and invest in green energy. She has also sponsored legislation that increases Virginia’s minimum wage, prohibits discrimination based on sexual orientation, and prohibits no-knock search warrants.

Recently, Del. Aird has worked with the Democratic majority to ratify the Equal Rights Amendment. They have also expanded Medicaid to hundreds of thousands of residents and raised the state’s minimum wage to $15 per hour. Thanks to Del. Aird and her colleagues, Virginia is leading the way in the South for a more progressive future.

Virginia’s 63rd House District includes all of the City of Petersburg, all of Dinwiddie County and parts of Chesterfield County. It is represented by incumbent Democrat Lashrecse Aird.

Kim Taylor, a local auto repair shop owner, is the Republican candidate challenging incumbent legislator Lashrecse Aird. While Taylor attempts to appear moderate on her campaign website, her social media pages tell an entirely different story. In the immediate wake of two mass shootings in as many weeks that left the country reeling, Taylor posted a video on her social media advertising her opposition to the common sense gun legislation that Lashrecse and her colleagues have implemented in Virginia. Taylor has also stated on her social media that she is a supporter of voter suppression laws, such as Voter ID requirements.

Virginia House advances resolution on water as a human right 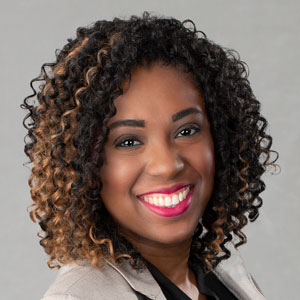