Laurie grew up in Redford, Michigan, and learned about hard work and public service from her parents. Her mother is a nurse and was the president of her own healthcare company, and her father was a Teamster and later worked for the city of Dearborn Heights in several positions. It was from him that she gained respect for the responsibility held by elected officials.

She attended college at Michigan State University in East Lansing. While there, she volunteered at the Listening Ear Crisis Center, began attending civic engagement events, and came to learn that the problems of one person can often be indicative of the problems of many. She saw firsthand how the actions of lawmakers and other elected officials affected individuals. Upon graduation with a Bachelor’s of Science in microbiology, Laurie began working in a local laboratory.

In 2013, she returned home to the Metro-Detroit area. Like many college graduates, she struggled to find a job in her field, and shared in the frustrations of others who had serious concerns about the economy, student debt and obtaining a living wage. These experiences taught her that these issues are not just stories on the news, but are rather the stories of those in our own community. She decided to run for State House in 2018 to fight for those issues in Lansing. It was an incredibly close race, and her victory was by 221 votes (a razor-thin half a percentage point). This makes Laurie one of the very top GOP targets this year in the Michigan House.

Laurie resides in Livonia, and she remains dedicated to political activism and creating positive change for all residents in her community. She is a member of the Livonia Democratic Club and remains a volunteer at Angela Hospice.

Healthcare
Laurie believes that healthcare is a human right, and that the current political climate has made it abundantly clear that the federal government is going to neglect to address healthcare. As a state legislator, she understands that this responsibility is now falling on state governments and supports state-funded Medicare for All, so that Michiganders have the right to affordable, comprehensive healthcare that also prioritizes mental health.

Civil Rights
Laurie believes that the government needs to work to dismantle the laws currently in place that are based in systemic racism, such as mandatory minimum sentencing. Additionally, she will continue to fight for Michigan to expand the Elliott Larsen Act to extend protections to the LGBTQ+ community.

Roads and Infrastructure
​Laurie believes that the key to repairing Michigan’s roads is not only in the repair itself, but in preventing future damage from occurring as well. She supports increasing overweight truck fees, the source of much major road damage, rather than punishing hardworking Michigan families through fuel taxes and increased registration fees. The road patching that takes place every year in Michigan is a further waste of resources, as it inevitably deteriorates and leaves roads primed to cause more damage to vehicles. Michigan roadways need comprehensive and permanent work done on them. Increased overweight truck fees will provide funding for this work and tighter weight restrictions will prevent further damage from occurring.

Environment
Clean water is at the forefront of the battle for the environment. Laurie believes that every Michigan family has the right to live without the fear of water contamination or air pollution of any kind. She will continue to fight to hold local companies and government responsible while also demanding transparency. Laurie supports legislation that ensures businesses will operate in a way that does not pose a danger to the environment or local families. Profits cannot take priority over the safety of Michiganders.

Education
Michigan’s children deserve the very best when it comes to education. Laurie strongly supports policies that empower children and teachers, such as providing access to early education and limiting class sizes. She knows that the key to providing quality education is hiring quality teachers. In office, Laurie has and will continue to fight to provide teachers with competitive salaries and benefits in order to ensure that children in Michigan are receiving the best possible education. When crafting education policy, Laurie will continue to make sure to consult educators rather than leave them out of the conversation.

Women’s Rights
Laurie believes that a woman’s medical decisions are personal and are only the concern of her and her doctor. Furthermore, research has shown that the availability of contraception and education about reproductive health have decreased the number of abortions and the spread of sexually transmitted infections in the United States. In office, Laurie will continue to fight for organizations and legislation that aid in this endeavor and empower women to make their own choices regarding their reproductive health.

Elder Care
America’s elder population is often neglected, and Laurie believes that people should never have to worry about affording care in their advanced years. As a state rep, she has fought and will continue to fight for programs that provide healthcare and services to senior citizens, as well as the reallocation of funds to ensure that they are not living without necessities such as medicine or medical care in order to survive.

COVID-19 Response
Laurie has sprung into action to protect her community in the face of COVID-19. Among others, she has introduced important legislation to prohibit price gouging of important products like gasoline, propane, home heating oil, and other energy-based products and services during an emergency.

“The Women’s Marches are shrinking. Their influence isn’t.” – Vox 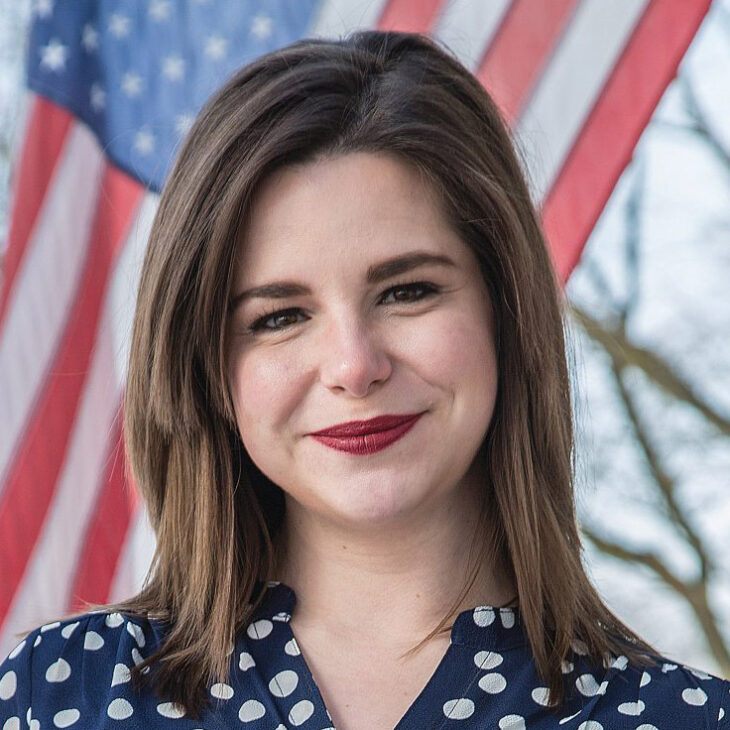 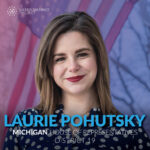