In 2017, Sister District helped Lee get elected. He was part of the new cohort of Democrats who voted to give 400,000 people access to healthcare in Virginia, among many other accomplishments. We need to help him win again in 2019 so that we can finish the job and flip Virginia blue.

Lee Carter is an IT specialist who lives in the City of Manassas. Lee, his wife, and daughter moved to the area more than a year ago after falling in love with the community. Lee originally moved to Virginia in 2011, after completing five years of service in the United States Marine Corps.

He is an active member of the Manassas City Democratic Committee, and spends much of his time working as a community organizer and activist – particularly in the areas of affordable housing and worker protections. He is also a graduate of the Sorensen Institute of Political Leadership. The Carter family are involved members of the Bull Run Unitarian Universalists congregation in Manassas. Born in North Carolina, Lee was raised in a military family, and traveled across the country during his father’s service in the United States Navy and the United States Coast Guard. Lee is proud of his family’s service to our country, and his family has served in all five branches of the United States military. For Lee, spending a life in service to others began in his childhood as a “military brat” and continued through his own service in the military and beyond.

Lee joined the Marine Corps during the beginning of the ‘Global War on Terror’, and worked in technological repair in a Special Operations capable support unit, completing tours in the Middle East and the Mediterranean. His unit was also one of the first to respond to Haiti, following the devastating earthquake in 2010.

Throughout Lee’s career and civic engagement his focus has been on helping others – whether that was in his service in the Marine Corps, helping provide cancer patients with consistent care by maintaining biomedical radiation therapy equipment, or assisting small local businesses with IT support.

“More than most, I understand the lives of working families in the 50th district. Like many of the folks here, I’ve spent the majority of my career in positions where I had to turn wrenches and get dirty to get the job done, and I currently work in cyber security – an area where my professional expertise can help me shape a growing area of Virginia’s economy that will likely continue to rise in importance over the next several decades.

More than that, I’ve shared in the struggles that people face. I’ve been hit by both layoffs and workplace injuries that made it impossible to make ends meet, so I know precisely how stressful it can be and what Virginia needs to do better to protect working families when they’re most vulnerable.”

Too many of the 50th district’s residents are living paycheck to paycheck, and would be unable to get by if they were impacted by a layoff, injury, or sickness that prevented them from working temporarily. To combat this, we have to fight to increase wages, and reform our worker’s compensation and unemployment insurance systems so that working families can focus on getting back into their careers after disaster strikes, rather than scrabbling to keep their heads above water.

Residents of the 50th district spend entirely too much time sitting in traffic, which takes away from time they could spend with their families. To address this, we’ve got to find ways to get as many cars as possible off of the commuter routes. Increasing frequency of VRE and bus service, and reducing cost to the riders, is key to this effort, as is creating opportunity for people to work closer to home. Lee believes we need to be expanding services and access to the Virginia Railway Express, and planning for rail expansion for the future of Northern Virginia. Lee also believes more needs to be done to ease congestion for drivers on Route 28 and Interstate 66.

Virginia must stop using funding as a weapon to punish schools that are already struggling. Removing funds from struggling schools only reduces their ability to solve the problems that they face, and leaves thousands of kids behind in the process. We must fundamentally rethink school accountability so that struggling schools are provided with the resources that they need to succeed, and have access to experts that know how to turn things around.

As delegate in the 50th district, Lee will fight to expand Medicaid access for Virginians, and push to end the ideology based decision making that is hurting so many. As someone that has worked in the biomedical field, Lee understands the crucial need for medical care, and how it can save someone’s life when facing serious health conditions.

Lee has dealt with the Virginia’s Workers Compensation Commission and the Commonwealth’s worker compensation regulations firsthand, and believes that the Virginia General Assembly must do more to protect its workers. I have vowed to run this campaign without taking money from for-profit interests. When it comes down to making hard decisions, this lets people feel confident that I am making those decisions with the best interests of the residents – and ONLY the best interests of the residents – in mind. I have also been heavily involved in issues of economic justice in Northern Virginia, including the fight to help the residents of East End Mobile Home Park (http://www.insidenova.com/headlines/ manassas-mobile-home-park-residents-push-backagainst-eviction-land/article_0dd50584-97af-11e6- 8db8-9342c4e43531.html) stay in their homes.

Lee participated in a Reddit AMA (https:// www.reddit.com/r/Political_Revolution/ comments/5p07kq/iama_2017_candidate_for_the_ virginia_house_of/?st=izfnjun5&sh=945c3efd#bott om-comments) to give his constituents a chance to speak with him. 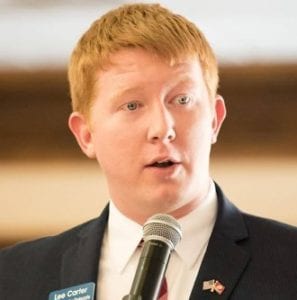 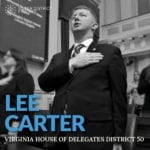