Lorenzo’s story is that of the American Dream: A first-generation Mexican American, raised by a single mother right here in House District 67 and educated in its public schools, who worked hard to become the owner of a small business. When elected, Lorenzo will be the only openly LGBTQ+ man in the Texas legislature and the first Latino from Collin County ever elected to the state legislature.

Lorenzo’s values spring from the lessons he learned from observing his mother, who worked two jobs to support her family and made sacrifices to give her children the opportunities she never had. The example she set inspired him to be the voice of hard-working Texans as their elected representative.

A deep history of involvement, giving back, and standing up for people in his community has given Lorenzo firsthand experience as an advocate and a unique perspective on the challenges faced by a diverse cross-section of Texans. From working with kids with disabilities and raising funds for the economically disadvantaged as a young man to his current involvement in business- and community-oriented organizations, Lorenzo has earned every bit of his record as a strong and proactive leader across the district and state.

After graduating from business school at Loyola University Chicago in 2010, Lorenzo returned home to be with his family in Plano. He is a small business owner in the realty industry and has been a member of The Associate Leadership Council with Keller Williams since 2017. In 2018, Lorenzo dialed back his realty business to volunteer for Democratic candidates running in his community.

Lorenzo’s desire and ability to work hard and give back to the community has never been more evident than amid the Covid-19 pandemic. When the pandemic hit, he shifted his campaign into a hub for the community, checking in with folks and ensuring that people had high quality information during this time of unforeseen hardship. He’s put his efforts into feeding those in need and ensuring the availability of drive-thru COVID testing by partnering with EveryoneEatz and WellHealth. Through weekly town halls, Lorenzo continues to update the community and connect people with needed resources. Instead of playing politics with our health and the economy during this pandemic, Lorenzo’s been laser-focused on taking action and being a resource to his neighbors in the district.

Through it all, Lorenzo has remained steadfast in his desire to flip this seat blue. He has passion for the issues, but most importantly, he is deeply passionate about people, family, and the community where he grew up. Lorenzo’s running to be the leader the people need now more than ever – a leader who will fight for his community and his fellow Texans.

For 10 consecutive years, Texas has had the highest percentage of uninsured people in the nation. Many Texans who do have insurance are just one serious diagnosis away from bankruptcy due to exorbitant healthcare costs. When Lorenzo’s mother had breast cancer, he witnessed firsthand the impact lack of insurance and limited means can have on a patient and a family. As state representative, Lorenzo will work to immediately expand Medicaid, advocate for comprehensive and flexible coverage without high out-of-pocket costs, protect healthcare access in rural communities and for military families and veterans, lower prescription drug costs and end price gouging, expand healthcare options – including mental health facilities, fight to provide healthcare security to all Texans through a single-payer system, and lower healthcare costs for families and small businesses.

Lorenzo also believes that Texas laws should promote and safeguard health by increasing insurance coverage, not limiting patients’ options. Texas must ensure access to the full range of reproductive healthcare, from contraception to abortion to prenatal and postpartum care.

Across the nation and especially in Texas, the criminal justice system is broken. Criminal justice reform is long overdue. Texas needs a more humane system that helps victims and reforms offenders rather than one that’s financially irresponsible and overly punitive.

As a representative, Lorenzo will mandate a special prosecutor in all police misconduct cases, support investment in and mandates for police de-escalation and diversity training, and call for the legalization of marijuana, directing tax income from marijuana to invest in communities most impacted by the war on drugs, and expunging the records of those convicted for nonviolent marijuana offenses.

Energy and the Environment

Texas has broken several peak energy records in recent years. If the state doesn’t better manage its resources, residents may soon experience continuous rolling blackouts on hot days. Here’s the good news: Texas is ranked #1 in wind energy. Since the late 90s, Texas has seen greater investment in wind power and transmission lines; however, under the 86th legislature (2019), the incentives responsible for so much growth in renewable energy have come under attack.

Texas could run almost entirely on renewable energy sources, which would significantly lower Texans’ energy costs while reducing the negative impact of fossil fuels on the environment. Texas has an opportunity to lead in innovative ways in building our roads, investing in renewable energy, and encouraging smart-growth public transit options.

If elected, Lorenzo will work to increase wind and solar incentives by promoting energy-efficient practices and fighting for the same tax incentives that fossil fuel industries receive. He will also encourage efficiency in energy and building to create jobs, lower the state’s carbon footprint, and improve air and water quality.

Between 2000 and 2010, Collin County’s population grew by 59%. By 2060, Texas’ population is expected to grow by 82%. If Texas legislators don’t act soon to protect the state’s already-strained water supply, half of Texans will lack sufficient water by 2060, and more than a million jobs could be lost.

As State Representative, Lorenzo will work to ensure that 100% of Texas energy comes from renewable sources, revitalize the state’s environmental regulatory agencies, and advocate for legal rights for ecological resources. He will also fight to end tax exemptions for fossil fuel production facilities, fund rural recycling programs, and invest in mass transit.

Lorenzo knows that voting is the foundation of our democracy. Yet the Texas Legislature has done everything possible to restrict this fundamental right. Texas must protect voting rights and end practices that discourage voting or make it unnecessarily difficult.

Right now, Texas politicians get to choose their voters instead of voters choosing their elected officials. This backward system is due to elected officials drawing district maps to help them stay in power. This is especially troubling becauseTexas has suffered from one-party rule for decades, so the maps have repeatedly been drawn to favor that party, leading to a lack of competition that has led to serious corruption in the state’s government.

Texans must examine how to take the power out of the politicians’ hands and seek a fairer approach at drawing district lines. Winning THIS race for HD 67 will ensure a more balanced redistricting process in 2021. As a State Representative, Lorenzo will advocate for an independent redistricting committee to keep districts fair and neutral.

Mass shootings have become far too common in the United States. The mass shooting that happened in El Paso last year was at the hands of someone from the 67th district.

Lorenzo believes in the Second Amendment, but he also recognizes that increasing gun violence means many in our own communities live in fear of what might happen when they go to the movies and send their kids to school. Coming together to draft legislation that respects the Second Amendment by encouraging responsible ownership while making public safety a priority are not mutually exclusive goals, and if we can accomplish those goals, our communities win.

Lorenzo is proud to be named an EveryTown for Gun Safety and Moms Demand Action Gun Sense Candidate. Unlike many in the Texas House, Lorenzo will fight for policies most Americans want, including universal background checks, a ban on assault rifles, and limiting magazines to 10 rounds.

Recent legislation in Texas has sought to further discriminate against a community of which Lorenzo is a member: the LGBTQ+ community. Through bills like infamous “Bathroom Bill” or the innocuous-sounding “Religious Liberty” bill from last session, Texas has developed a reputation for discrimination. All Texans should be outraged because these bills do not reflect who they are.

Across the state, proud LGBTQ+ Texans are living their lives like everyone else. They are integral members of nearly every community.  Lorenzo believes it is a blemish on the great state of Texas that discriminatory policies are implemented repeatedly.In addition to being discriminatory, anti-LGBTQ+ policies are bad for business. North Carolina’s bathroom bill is estimated to have cost the state $3.76 billion.

If elected, Lorenzo will stand against any legislation that seeks to discriminate against LGBTQ+ Texans and work toward a statewide anti-discrimination law while strengthening hate crime laws to protect all Texans. 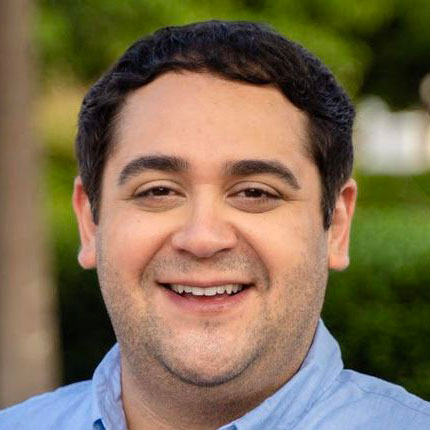 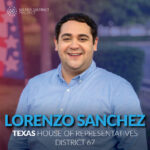