Mallory got her first job when she was 12 years old, serving coffee at BINGO night at the town firehouse. Since then, she’s been a grocery store cashier, night manager, and bartender, a digital image editor, babysitter, and researcher.

After going to college to study industrial and car design, she took on high-profile jobs in product design, media and advertising in New York and Los Angeles, and built a career solving complex big-budget problems. She has designed products, toys, and apparel for iconic toy brand Hot Wheels, where she earned a patent, helped lead creative direction with over 2000 global licensees for brands at Mattel – where she built rapport with executives and agencies from all over the world, across different cultures.

Mallory also helped launch and lead an LA-based advertising and documentary film production company to become an industry leader while encouraging diversity in our roster, and have had writing appear in outlets such as Road & Track, Jalopnik, and Jezebel.

Mallory met and married someone born and raised in Michigan, and they chose to make it their permanent home.

Government Transparency
You should feel like your representative is fair, honest, and spends 100% of their time and efforts working for you. Unfortunately and for far too long, that hasn’t been the case in Michigan. Nationally, Michigan ranks as one of the worst in government ethics, and representatives often seem to vote against the wishes of their constituents. Accessibility and transparency are my #1 priorities. I’ll treat this campaign as a test run for how I’d treat the office: I’ll always keep you informed on what’s going on, bring you inside the campaign trail, and be available to talk about the issues.

Education
Our district has some of the best public schools in the state. But teachers continually tell me that they feel disheartened, worn down, and stretched too thin. Our public school should challenge all of our kids, no matter who they are, what they love, or how they learn. It’s not just about test scores. It’s about creating a passion for learning and problem-solving that they can use throughout their lives. And it’s about recruiting and retaining the best teachers and talent to protect the quality of our public schools now and for the next generation.

Healthcare
Healthcare shouldn’t be a constant weight on your shoulders. Michigan currently has some of the highest prescription drug costs in the country, and people tell me they’re worried about what’s going to happen with the unease on the federal level. But states have the power to set their own standards, and Michigan should fight to ensure healthcare puts Michiganders first. I’ll fight to support the Healthcare Bill of Rights, establish a bi-partisan Consumer Protection Board to fight against skyrocketing drug costs, and fight to ensure families have access to simplified healthcare no matter their situation. I believe that women should have more healthcare options, not fewer, and know that many families are not only taking care of themselves and their kids, but their aging parents as well. A healthy Michigan improves education, the economy, and the overall well-being of our state, and it’s time we prioritize that care. Infrastructure We’re the state that put the American automotive industry on the map, but you wouldn’t know it by our roads. We need to fix our crumbling infrastructure while planning for our future now to avoid paying a much higher price down the line.

Economy
Michigan has an unparalleled history of design, innovation, and manufacturing; with Southeast Michigan widely known as the birthplace of the middle class. We should be inspired by that history to pave the way for the future of jobs, become a fertile ground for starting and growing small businesses, and lead the country with innovative solutions. Let’s close the skills gap and invest in education.

Environment
We’re lucky to be home to over 20% of the world’s fresh water supply. Not only is our responsibility to conserve our environment for generations, but economically advantageous to do so. Let’s lead on water policy and conservation. Let’s protect the quality of our land, water, and air. And let’s ensure the local economies that rely on our natural resources and environment are sustainable for decades to come.

Gun Violence
It’s time to take politics and special interests out of the conversation and focus on common-sense safety solutions that both protect the second amendment while ensuring the highest levels of safety for all residents. I’ll support efforts to study and understand gun violence as both a health and public safety issue, and to ensure we move forward on areas where we have common ground on all sides: enhanced background checks, support of mental health issues, and fighting to ensure that dangerous weapons stay out of the hands of domestic abusers. 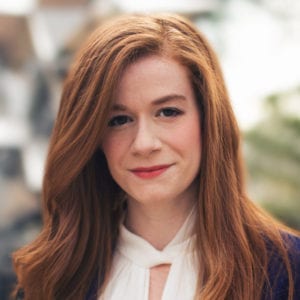