A native of Hampton, Martha attended middle and high school in Poquoson before earning a Bachelor’s Degree in Communications from Radford University in Southwest Virginia.

Prior to her election to the House, Martha worked for many years in higher education, public relations, and banking. A veteran of the banking industry, Martha has worked closely with small businesses to help them thrive and support job growth in the district.

Martha is deeply committed to her community and especially children. She has been recognized by the Barrett-Peake Foundation for her contributions to the Peninsula, by the Coalition of Justice for Civil Rights for outstanding service to the community, and by the Virginia Education Association as the Rookie Legislator of the Year. She also earned the Coastal Virginia Renaissance Award from the Hampton Arts Foundation for contributions to the local arts community.

As Delegate, Martha brings a lifelong passion for education and a deep understanding of the communities that make up the 91st District. She became involved in politics through her election to the Hampton School Board in 2008. Seeking to provide the best possible education to the children of the district, Martha served on the school board for twelve years, and was Chair of the Board for four years.

Since her election to the House, Martha has helped pass many pieces of legislation that improved the lives of everyday Virginians. If elected to a second term, Martha will build on the momentum of her productive first term and focus on economic recovery and job growth, education, healthcare, and the environment.

As Delegate, she chief co-patroned the Virginia Outdoor Refreshment Area bill, which provides a lifeline to restaurants by making it easier to serve alcohol outdoors. She also promoted the Rebuild VA Grant Fund to assist small businesses during the pandemic, and co-patroned a program that establishes tuition-free community college for middle to low-income students pursuing jobs in high-demand fields. Martha also serves on the Go Virginia Board (Growth & Opportunity) which has placed a focus and emphasis on supporting businesses and industry hardest hit during the pandemic with workforce  development  and growth opportunities for a stronger post COVID economy.

Martha wants to ensure that all Virginians have access to affordable and high-quality healthcare. During her first term, Martha protected individuals with pre-existing conditions and limited prices on prescription drugs. Martha is also passionate about improving access to healthcare for women, including high-quality reproductive care.

Martha dedicated over a decade to local education as a member of the Hampton School Board. She improved funding for public education from pre-school to in-state higher education. As a member of the Committee on Education in Richmond, Martha worked hard during her first term to be an advocate for teachers and students. In her second term, Martha will continue to push for increased educator pay and high quality education for all students.

The 91st District’s position on the beautiful Chesapeake Bay puts it in a critical spot. Martha believes in investing in coastal resilience programs to strengthen the shoreline throughout the 91st District. Martha sees investing in renewable energy like offshore wind as an opportunity to create jobs and make Virginia a hub for energy on the East coast.

Martha believes in the rights of all Virginians, regardless of gender, race, religion, or sexual orientation. During her first term, Martha is proud to have helped pass a number of bills ensuring equal rights. These included passing the Equal Rights Amendment, expanding the Virginia Human Rights Act to include those with disabilities, and prohibiting discrimination based on sexual orientation.  If elected to a second term, Martha will continue to fight for equality.

In 2019, the people elected Martha to the Virginia House of Delegates. Martha ran on a platform of improving public education, protecting the environment, and expanding access to affordable, quality healthcare. Throughout her first term in office, Martha delivered on her promises to voters, working with both Democrats and Republicans on legislation supporting economic recovery and jobs programs for Virginia’s post-COVID economy. She also passed legislation that improved healthcare access and expanded voting rights. Martha fought for a Commonwealth Budget that provided for the 5% teacher salary increase, as well as established the division of Offshore Wind in the Commonwealth to protect the environment and create clean energy jobs.

She has worked with the Democratic majority in the House to pass HB1638, which removed discriminatory racial codes that have been on the books for generations. They also passed HB66 to put a $50 price cap on insulin because nobody should have to choose between putting food on the table or buying a potentially life-saving prescription.

Virginia’s 91st House district is located in southern coastal Virginia. It consists of the city of Poquoson, part of the city of Hampton and part of York County.

There are two candidates running against Del. Mugler in the General election, including Republican Aijalon (A.C.) Cordoza and Libertarian Charles West.

AC Cordoza is Vice-Chairman of the Hampton Republican Party. He is a supporter of voter suppression bills that include voter ID laws. He is a gun rights advocate and supports second amendment sanctuary status for localities.

Charles West is a carpenter running for Delegate as a Libertarian. 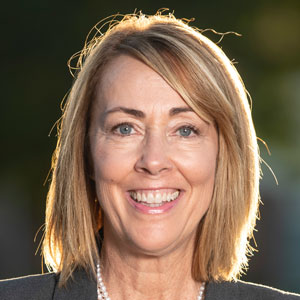