Melissa “Missy” Cerrato is no career politician. She’s a dedicated public servant and a working mom who knows what it means to serve our community. Now, she’s running to be the State Representative for House District 151, to ensure Harrisburg is working on the issues that matter to us.

As a Pennsylvania native, Missy grew up in the Philadelphia suburbs and has raised her own family in Horsham for the last decade. Her husband, John, is a member of the UA Steamfitters Local 420, and their daughters go to our public schools. She is invested and highly involved in our community, including assisting and organizing for charities like Catholic Charities Outreach, The Mitzvah Circle, and multiple holiday toy drives.

Since 2018, she has served under State Representative Liz Hanbidge, working directly to better the lives of our neighbors, seniors, and veterans. As District Director, her job is to get results for the community when no one else can. From helping to put millions of dollars in unclaimed funds back in our pockets, to fighting to end a months-long backlog and get Pennsylvanians long-awaited unemployment assistance, Missy’s proactive, solution-oriented approach means people get the help they need.

Education
As someone active in family-support charity work and a mom, Missy understands the critical importance of education and childcare, especially for working families and low-income children. When elected, Missy is committed to prioritizing increased funding for our schools and making childcare affordable & accessible.

Reproductive Rights
As a woman and mother of three daughters, bodily autonomy and reproductive freedom are paramount. Missy will fight to make the right to choose state law, ensuring Pennsylvanians now and in the future will be protected no matter what happens in the Supreme Court.

This has been a battleground, top-tier target for the past three cycles and, after redistricting, is more competitive than ever before. This race presents a huge seat flip in the Pennsylvania House and the pathway to flipping the chamber runs right through the 151st district.

As of the 2020 Census, Pennsylvania state representatives represented an average of 64,052 residents. After the 2010 Census, each member represented 62,573 residents, indicating a growing population. The district includes the municipalities of Montgomeryville, Prospectville, Horsham, Ambler, Maple Glen, and Jarrettown.

Why Pennsylvania is important

Broader Electoral Opportunities
There is an open Gubernatorial election this year, as well as a strong open Senate flip opportunity. The Gubernatorial race is also critical because the Governor will appoint the next Secretary of State.

Battleground Context
Pennsylvania narrowly voted for Joe Biden in 2020, and it will continue to be a critical electoral battleground state from the Presidential level all the way down. It is also a democracy battleground, where GOP legislators and operatives are pursuing election subversion and sowing seeds of distrust in election administration.

The state House and Senate maps were redrawn by the Legislative Reapportionment Commission, a five-member panel composed of Pennsylvania’s top legislative leaders and an independent chair. The maps were then challenged by nine separate parties including lawmakers, former elected officials, and private citizens.

The Legislative Reapportionment Commission released the final state House and Senate maps in early February. While the upper chamber’s map is unlikely to radically alter the composition of its members, the state’s House map creates several additional seats that could be won by Democrats. Advocates for the map say that’s because it reversed decades of partisan gerrymandering and more accurately reflects population changes that benefitted Democrat-heavy areas.

Pennsylvania’s highest court affirmed the state’s new legislative district maps on the 15th of March, 2022, rejecting final legal challenges against them, thereby clearing the way for their use in the May primary. 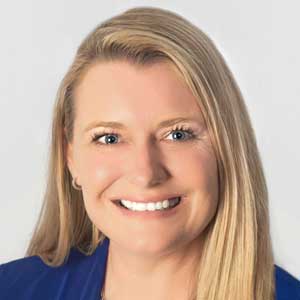