In 2017, Sister District helped fragile incumbent Mike keep his seat. Together with a new cohort of Democrats, he helped give 400,000 people access to healthcare in Virginia, among many other accomplishments. We need to help him win again in 2019 so that we can finish the job and flip Virginia blue.

Mike came to the Peninsula as a 17-year-old college freshman at Christopher Newport University and loved the area so much that he decided to raise his family here. After completing law school elsewhere, he returned and now lives with his wife and three young boys in Kiln Creek. The Mullin family are active long-time members of Our Lady of Mt. Carmel Catholic Church in Newport News. He is also a criminal prosecutor.

Mike Mullin is a career prosecutor. He is focused on making criminal justice changes, including “ending the school-to-prison pipeline” that he says exists in Virginia, noting that “Virginia has the highest percentage of students who are arrested and face criminal charges.” Mike is also a strong advocate for Virginia women and families affected by domestic or sexual abuse. This spring, the Governor signed Mike’s legislation which denies first offender status ensure to violent felons under the state’s domestic violence laws.

Promoting Renewable Energy: Mullin will continue to advocate for legislation that will create an electric and clean vehicle infrastructure for the future. HE will also support clean energy with investments in wind, solar, and other renewable resources.

Addressing the Problem of Climate Change: The Virginia Peninsula is created by the York and James Rivers, so the impacts of climate change, particularly flooding, are of great concern to residents and businesses. Mike is committed to expanding our efforts to curb climate change, including renewable energy, efficient modes of transportation, and recycling.

Mike is proud to be endorsed by the Sierra Club and the League of Conservation Voters.

As the father of three young boys, Mike is committed to working for a world class education for every Virginia child. He supports quality pre-K education and fully funding Virginia public schools (which means not diverting funds to private institutions). Increasing teachers pay is also one of his priorities: He supported a 2% salary increase for teachers last session. Mike has also worked to end the culture of high-stakes testing by eliminating some of the Standards of Learning requirements.

Mike’s commitment to education has earned him the endorsement of the Virginia Education Association.

Mullin strongly supports expanding Medicaid in the State of Virginia. Medicaid expansion would extend coverage to over 400,000 Virginians, and put back $2.5 billion dollars into the state budget. He is also a strong advocate and supporter of women making their own health choices. That is why Mike has stood in support of Planned Parenthood and advocated for affordable birth control. 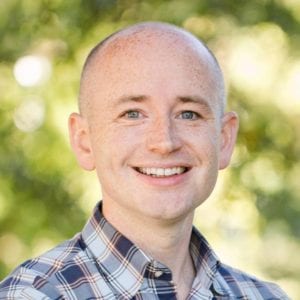 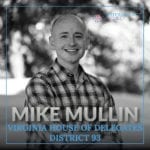