Nancy Guy grew up in a Navy family in the 83rd District and attended Thoroughgood Elementary School and Cox High School. She graduated from The College of William and Mary with a B.A. in Government and got her J.D. from the University of Virginia School of Law.

Nancy has worked in a variety of capacities with some breaks from paid work to raise children and care for ailing parents. She has managed a family real estate partnership, helped in the management of a home healthcare company founded by her father, and served as an educational consultant assisting students. In 1996 she was elected to the Virginia Beach School Board and was subsequently re-elected for a second term.

After successfully battling breast cancer, in 2012-13, Nancy decided to simplify her life. She liquidated the real estate partnership in 2014 and closed down her educational consulting business in 2017 to concentrate on spending more time with family and giving more time to causes she believes in.

As a proud product of Virginia’s public education programs, supporting public education has long been her passion. In addition to her two terms on the School Board, she has served on the Board of WHRO, the Board of SECEP (the Southeastern Cooperative Educational Program), and the Virginia Education Foundation Board. She has also served two terms as President of the PTSA at Virginia Beach’s largest high school, a member of the Virginia Beach City Council of PTAs and a member of the Legislative Committee of the Virginia PTA.

In addition to educational activities, Nancy has always been active in her church, Bayside Presbyterian, where she is an elder. Through her work with the Community Service Ministry, she has volunteered with a variety of programs that help others, including Seton Youth Shelters, Samaritan House, Judeo-Christian Outreach, and VOA/Lighthouse Winter Shelter.

Nancy has worked tirelessly for the people of the 83rd District. In keeping with her passion for public education, she was originally a member of the Education Committee and appointed to the Boards of the Intrastate Compact for the Education of Military Children and the Southeastern Virginia Higher Education Center. As a strong advocate for the environment she is pleased to serve on the Agriculture, Chesapeake and Natural Resources Committee, as well as being appointed by the Speaker as one of three state representatives for Virginia on the multi-state Chesapeake Bay Commission. She brings the perspective of a former locally elected official to the Counties, Cities, and Towns Committee. Finally, she was appointed this year to the powerful Courts of Justice Committee, which reviews the highest volume of bills in the House.

When Nancy was first elected to the General Assembly, Virginia was ranked 46th in the nation for public education quality. Nancy believes that a quality public education system is the very backbone of democracy and will do everything in her power to channel proper resources to it.

As a strong advocate for the environment, Nancy serves on the Agriculture, Chesapeake and Natural Resources Committee and was appointed by the Speaker as one of three state representatives for Virginia on the multi-state Chesapeake Bay Commission. She will continue working to protect our environment and invest in the green energy jobs of the future.

During her tenure in the State Legislature, Delegate Nancy Guy has patroned various pieces of legislation. These include a bill that bans the release of non-biodegradable balloons and bills that limit the cost of insulin and prohibit discrimination against members of the LGBTQ community. In her role on the Courts of Justice committee, Delegate Guy has been an essential figure in passing transformative criminal justice reforms in Virginia this year, including the legalization of marijuana and abolishment of the death penalty.

Delegate Nancy Guy has worked with the Democratic majority to ratify the Equal Rights Amendment.They have also expanded medicaid to hundreds of thousands of residents and raised the state’s minimum wage to $15 per hour.  Thanks to Delegate Guy and her colleagues, Virginia is leading the way in the South for a more progressive future.

Virginia’s House of Delegates District 83 represents the cities of Norfolk and Virginia Beach. It is represented by Democratic incumbent Nancy Guy.

There are currently three Republicans running in a primary for HOD District 83: Chris Stolle, Tim Anderson and Phil Kazmierczak.

Chris Stolle is the former Delegate from the 83rd, who Nancy Guy defeated in 2019. Stolle promises to return Virginia to the same failed Republican policies of the past.

Phil Kazmierczak is a realtor who believes “gun rights are human rights, period.” He is a lifetime member of the NRA who is staunchly opposed to any gun safety legislation. 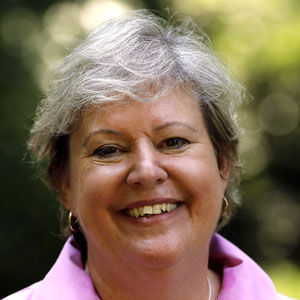