Raised by a dedicated public school teacher and a financial planner, Robyn learned early the value of a compassionate and pragmatic approach to life. Robyn is a highly successful entrepreneur and small business owner who runs one of the most in-demand photography businesses in Milwaukee. She recently launched Folio MKE – a collaborative workspace/community centered on supporting young female entrepreneurs and coaching them to use their businesses to profit both themselves and the community.

Robyn has deep roots in her community. She is a founding board member of Exploit No More, which works to end child sex trafficking. She is also a founding member of Help Portrait Milwaukee and The Milwaukee Portrait Project, initiatives that serve some of the city’s most vulnerable citizens. She was awarded the United Way’s Philanthropic 5 award in 2013 and was named American Mothers’ Wisconsin Mother of the Year in 2017 in recognition of her commitment to the community.

Robyn had long planned to take the next step in her commitment to public service by running for office, and in 2018, she decided the time was right. Her race was extremely close — and her victory was by less than 150 votes. The only seat that flipped from red to blue in the entire Assembly that year was hers — and this now makes her the most vulnerable sitting Democrat in the Wisconsin Assembly. The Koch Brothers and their network have already made clear they will be targeting Robyn’s seat this year.

Robyn lives in Wauwatosa with her husband (a professor) and their two middle school-aged children (who are awesome). The Vining home is warmed and guarded by their rescue Boxer.

Education
Robyn will continue to fight to adequately fund Wisconsin’s public schools and work to restore the Wisconsin idea of providing high quality education to all of our citizens.

Common Sense Gun Reform
Robyn will work to increase safety to our schools and neighborhoods while honoring Wisconsin’s tradition of outdoor sportsmanship. As a mother of two, she understands the importance of keeping schools and households safe. As a state rep, Robyn is committed to common-sense gun reform.

Human Trafficking
The Greater Milwaukee region has become known nationally as a hub for sex trafficking, and it’s a problem that occurs in every county in Wisconsin. Madison needs a champion to both rescue and protect our kids from this multibillion dollar criminal industry. Robyn is already a known and vocal advocate at the state and national level on this issue, and she will continue to use her bullhorn to fight for the cause.

Parks for the People
Generations of Wisconsinites have set aside land for the enjoyment of its citizens. People love hiking, biking, camping, and hosting family cookouts in Wisconsin parks. Robyn will continue fighting to preserve these resources and traditions.

Clean Air & Water
Clean air and water are fundamental to all life. Robyn will fight to protect Wisconsin’s natural resources. In addition, she will work to invest in clean technologies that protect both the planet and human prosperity.

Advocate for Economic Fairness
Robyn will work for economic policies that provide for the citizens of the 14th district. She will prioritize the prosperity of Wisconsin families ahead of pressure from special interest groups. As a state rep, she represents the voice of the small business owners, working parents, young adults climbing the ladder, and empty nesters who want to live in a thriving community. Robyn believes that Wisconsin thrives when all of its residents thrive.

Rebuild our Neglected Infrastructure
A robust and modern infrastructure is vital for a vibrant and growing economy. Unfortunately, neglect has damaged Wisconsin’s infrastructure and is hindering economic growth. Robyn will work to invest in infrastructure, finish the Zoo Interchange, and expand broadband access across the state.

Eliminate Taxpayer Waste and Restore Responsible Budgeting
Too often, “waste” and “spending” get confused. Spending on schools helps everyone: kids, parents, and property owners. Spending on unnecessary projects, special interests, and political favors is a waste. Robyn believes that spending money the right way is more important than spending more. She will work to eliminate wasteful spending and repurpose those resources to uplift Wisconsin communities.

“Rep. Robyn Vining: Human trafficking is a crisis that we can end — so we should” – The Cap Times

“2017 Wisconsin Mother of the Year to run for 14th Assembly District” -Wisconsin Gazette: 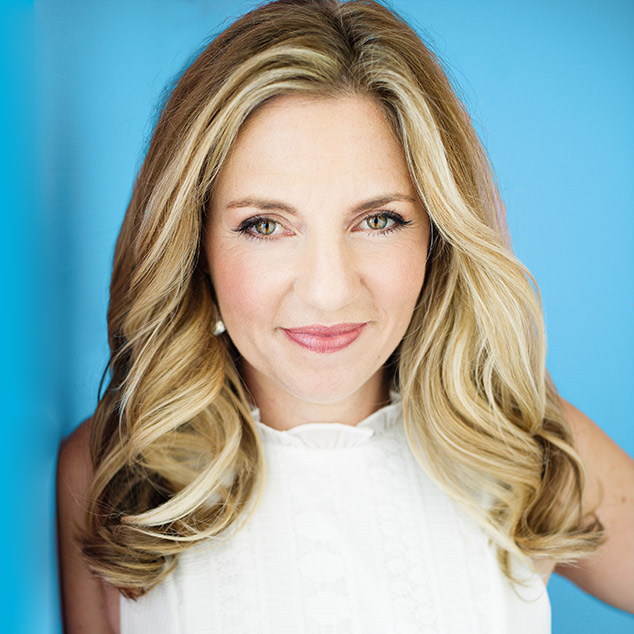 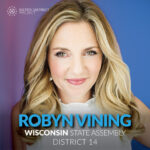