Sharon served for 12 years as an administrative support staff member on Plano Independent School District elementary, middle and high school campuses. During that time, she was twice nominated for the Superintendent’s Service Award and was awarded Texas PTA Honorary Life Memberships from both Rice Middle School and McMillen High School. At McMillen H.S. she served as the faculty liaison to the PTSA. She participated in the School Based Improvement Committee (SBIC) at Rice Middle School as a community member and was appointed to the district’s School Health Advisory Committee (SHAC), serving for three years. Throughout her children’s academic careers, she was an active volunteer with parent groups, booster clubs, and after-school activities.

Sharon decided to run for Texas State House District 66 in 2018 to break the one-party rule that has shut out the concerns of so many in her district and across the state. That year, she came within 391 votes of a historic victory. Empowered by that experience, Sharon is running again to represent the district in 2020.

Education
For far too long, Texas representatives have underfunded, undermined, and attempted to privatize public schools. Like many House District 66 residents, Sharon is immensely proud of the Plano ISD public schools. Yet, due to a bill passed in 2019, Plano ISD will operate with a budget deficit this year and send $159.5 million to the state as their recapture obligation.

Sharon believes that public schools are the foundation of our communities. As a State Representative, she will defend and strengthen public schools by working to provide staff, students, and parents the resources they need to be successful. She will oppose vouchers or any other schemes, such as educational savings accounts and tax credit scholarships, that divert funding from public schools.

Voter Rights & Gerrymandering
Sharon understands that the right to vote is fundamental to our democracy. As a State Representative, she will work to expand voting locations and hours, extend early voting, institute secure online, automatic, and same-day voter registration, and roll back the discriminatory voter ID requirements that the Texas government has wasted millions of taxpayer dollars defending in court.

In addition, Sharon will seek to stop the partisan gerrymandering that has led to untenable political polarization. She will work toward the establishment of a nonpartisan redistricting commission that removes political incentives from our duty to conduct free and fair elections.

Health & Well-Being
If elected to the State House, one of Sharon’s top priorities will be expanding Medicaid eligibility under the Affordable Care Act. Expanding Medicaid has been shown to improve health outcomes, reduce uncompensated care costs, and drive economic growth in the 34 states which have done so. Sharon believes that good health provides both a private benefit to an individual and a public benefit to society.

Women’s Issues
Sharon fully supports equal rights for all women. She will work to ensure that women receive equal pay for equal work. She respects and supports a woman’s right to choice and privacy when making personal healthcare decisions. She also believes that the government must not be used as a tool to intervene between a woman and her family, friends, faith community, and physician. She will advocate for access to low-cost health care and contraceptives, quality prenatal and postpartum care, and paid family leave.

Gun Reform
Sharon recognizes that gun violence is a public health issue. On this deeply divisive topic, she believes that the Texas legislature must find common ground to act in the State’s best interest. The State must act to require background checks for all gun purchases, enact red flag and safe storage laws, fund gun violence research, and support fingerprint technology. Furthermore, Sharon believes that assault-style rifles have no place in our communities and that the continued propagation of these weapons is ultimately to the detriment of public safety. We cannot continue to do nothing simply because we cannot agree on everything.

Sustainability & Environment
Sharon knows the importance of prioritizing sustainability and environmental protection. The availability of clean drinking water will continue to be an issue as the Texas population grows. Sharon believes that conservation is the least expensive and controversial way to protect the water supply and must be a key component of the State’s plan. She also believes in the importance of a comprehensive strategy of infrastructure investment which is both economically feasible and environmentally friendly.

Over the past decade, Texas has made tremendous progress in reducing its reliance on fossil fuels and moving toward a green energy future, but there is more work to be done. As the State has become the national leader in wind power, she believes they must encourage additional forms of renewable energy to diversify and strengthen the State’s grid and reduce carbon emissions across all sectors of the economy. Sharon will work to accomplish this through a combination of energy policies, including implementation of a revenue neutral carbon tax and offering financial incentives to offset the cost of energy efficient improvements to residential and commercial structures.

“In the Democratic primary for Texas House District 66, here’s our recommendation” – Dallas News 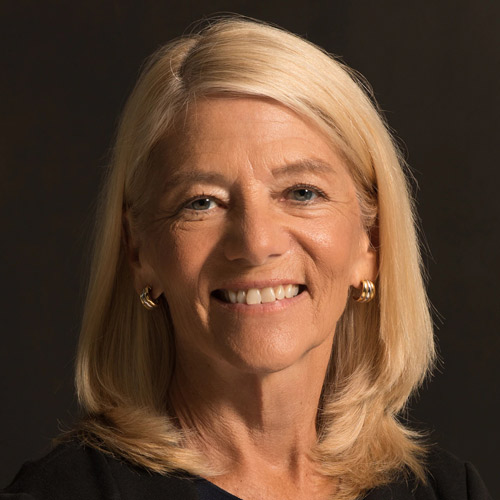 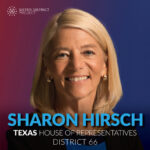