Hala has personally experienced the challenges of single motherhood and lack of access to affordable health insurance. She understands the concerns of working families today. She has fought for raising the minimum wage, equal pay and affordable access to health care as the founder and former president of the Prince William County chapter of the National Organization for Women (NOW).

Hala worked her way up from a service job without health insurance to become a cybersecurity specialist with the Department of Homeland Security. For over 17 years, she worked to protect our nation’s information systems, enforce security measures, and prevent attacks by safeguarding computers, networks and data from criminal intrusion and security breaches. She’s using that same determination and work ethic to ensure that Prince William County families can flourish. Hala also served on Governor Terry McAuliffe’s Council on Women.

In 2017, Hala’s election to the House of Delegates was historic, as one of the first Latinas elected to the Virginia House, and since then she has kept making history. Most notably, Delegate Ayala proposed an unprecedented Rules Change to affect the Equal Rights Amendment (ERA) resolution.

Delegate Ayala’s rules change called for a vote to let the Equal Rights Amendment get to the floor for a vote. Ultimately, Republicans killed blocked the ERA from getting to the floor, and therefore the chances of women and girls being enshrined in the Constitution for yet another year. 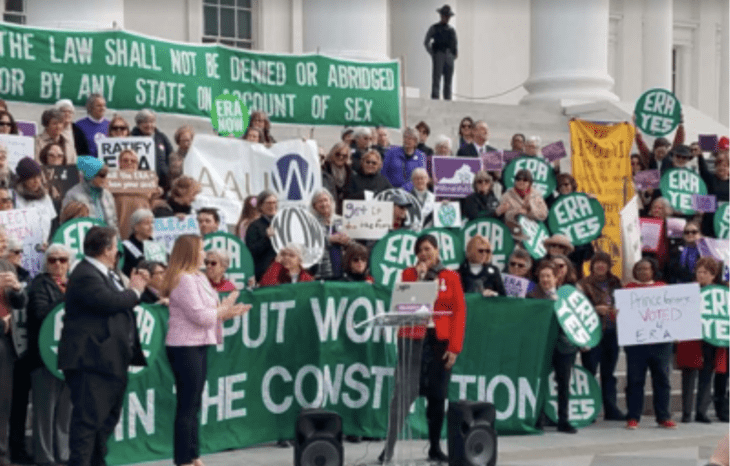 Ahead of the rules change proposal, Delegate Ayala spoke at a rally in front of the Virginia State House, “No more lip service, no more empty promises, no more ‘I respect you by shaking your hand.’ Respect will be shown when we gain equality in the Constitution…To my Republican colleagues, if you believe and stand with women, you will vote for women.”

“This is an extraordinary measure for an extraordinary situation. The Equal Rights Amendment is a bipartisan issue, with overwhelming popular support, and it is far past time for our voices to be heard,” stated Del. Ayala, “Now is not the moment to shy away from correcting the historical exclusion of women and girls from our Constitution. Now is the time to stand up, and speak out.”

Despite the target put on her back by Republicans given her fight for the ERA, Delegate Ayala has vowed that she will carry the Equal Rights Amendment to the floor next Session.

Healthcare:
Hala’s son was born with complications that required urgent medical attention. Her job at the time offered no health insurance. Thankfully, she qualified for Medicaid and her son was able to get the help he needed. Hala wants affordable access to healthcare for all Virginians.

However, President Trump and Richmond Republicans want to deny accessible healthcare for hundreds of thousands of Virginians. As Delegate, Hala has and will continue to fight for quality, affordable healthcare by:

Education:
Hala is a former PTA president and grew up attending Prince William public schools. She graduated from Woodbridge High, which her kids also attended.
As Delegate, she has and will continue to strengthen our schools and help our teachers and administrators to ensure our children are getting the best education possible. Her priorities include:

Transportation:
The Prince William County community is losing out on business and federal contracts to our neighboring counties because of a lack of Metro-accessibility. As a commuter herself, Hala is eager for ways to lessen drive time and allow Prince William residents to spend more time with their families, rather than being stuck on the road. Public transportation has steadily become a necessity, and there is a serious impetus to figure out if it can work for our community.
As Delegate, she has already and will continue to fight for:\

Women’s Rights:
Endorsed by EMILY’s List, Hala is a passionate advocate for women and families. As a single, working mother, she knows the challenges families face every day. Hala helped organize Virginia for the Women’s March and founded the Prince William chapter of the National Organization for Women. As a member of Governor McAuliffe’s Council on Women, Hala has been a strong voice for women’s issues and Virginia families. As Delegate, she has already and will continue to: