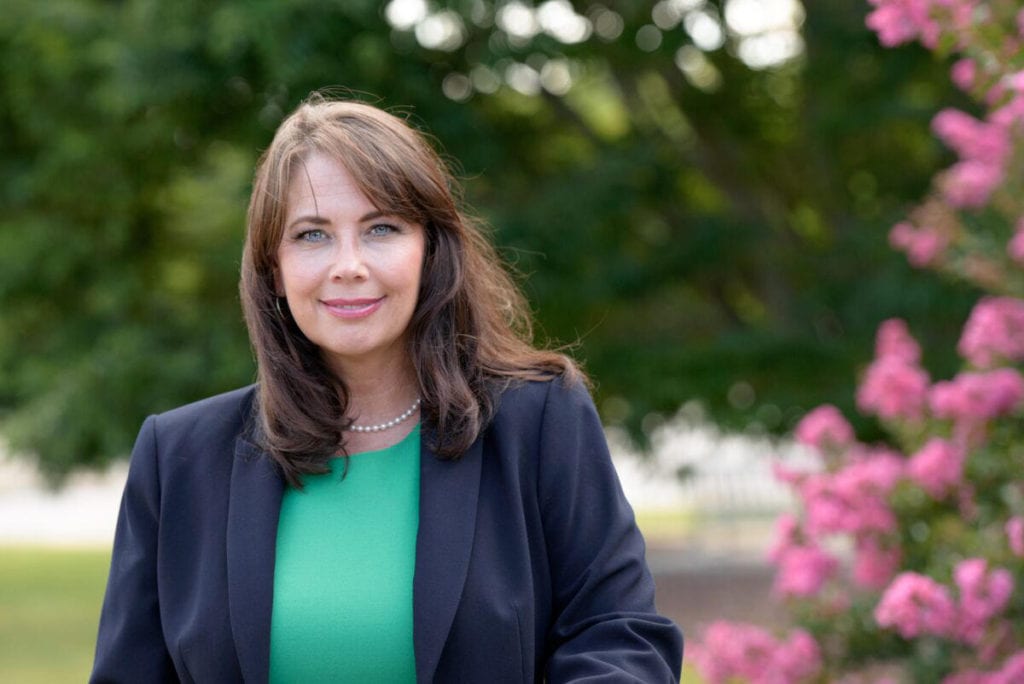 Throughout her life, Karen Mallard has always fought for the underdog.

When she was only eleven years old, Karen and her father successfully advocated for the removal of a sewage treatment plant that dumped waste into the Guest River, where Karen and her neighbors were baptized. When the coal company in her parents’ home in Wise County, Virginia cut their miners’ health benefits, Karen passed out bologna sandwiches to strikers and joined them on the picket line.

For the past 30 years, Karen Mallard has used this compassion and fighting spirit to serve the Virginia Beach community as a public-school teacher, union leader, political organizer, PTA board member, and little league board member.

Through her work as an early childhood reading specialist and Vice President of the Virginia Beach Education Association, Karen has helped thousands of Virginia Beach kids learn to read while advocating for their right to a first-class education. Her favorite pupil, however, is her father, whom she taught to read while attending the University of Virginia’s College at Wise.

Karen Mallard was a Democratic candidate for Virginia’s 2nd Congressional District in 2018. Mallard eventually lost the primary to Elaine Luria. Karen ran a spirited campaign on a gun safety and school safety platform and sawed through an AR-15 on camera to make a point about gun safety. She said in an interview with News 3 WTKR about the incident, “I knew exactly what I was doing. The gun was inoperable before I cut it. And we took it completely apart. And we didn’t put all that on video because I wanted to get the message to the students that I was standing with them,” said Mallard. This led to Republican rabble rousers trying to bring an ATF complaint against her. Her recent Congressional run has given Karen the training and local campaign volunteer network she needs to successfully run for Delegate. 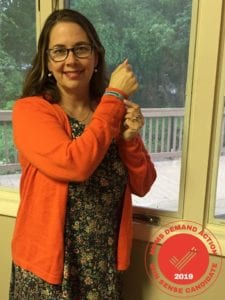 “I #WearOrange because there are common sense measures we can take to prevent gun violence and we must do more to ensure our families, friends, and neighbors are safe.”

Health Care
Karen believes that health care is a right not a privilege. Working hand-in-hand with the federal government, the VA, local hospitals and health care providers, she believes that we can carve out a fairer, more equitable system that better serves the needs of all Virginians.

In Virginia, Medicaid Expansion, long overdue, passed by the slimmest of margins in the General Assembly and it’s future remains in peril. Karen Mallard has always stood unequivocally in favor of Medicaid expansion and can be trusted to protect it in the House of Delegates.

Education
Karen knows that a quality education can mean the difference between poverty and prosperity. As an elementary school teacher and former Vice President of the Virginia Beach Education Association, Karen has taught generations of Virginia Beach students to read while advocating for their right to an excellent education.
As your Delegate, Karen will work to expand full-day public kindergarten, giving every child in Virginia Beach the head start they both need and deserve. She is also dedicated to expanding vocational programs so that our students are qualified and well-equipped for lucrative jobs in the trades right out of high school. Karen believes in more funding for schools, with a special emphasis on at-risk students and special education.

Environmental Preservation
Growing up in Coal Country in Wise County, Virginia, Karen saw the impact of environmental devastation on the health and income of her family and neighbors. When she was only eleven years old, Karen and her father led a successful petition gathering process to move a sewage treatment plant that dumped waste into the Guest River, where she and her community members were baptized.

In the House of Delegates, Karen will fight to protect Virginia Beach residents whose homes are threatened by flooding, the inevitable result of climate change and rising sea levels. She will stand against any and all offshore drilling on our coastline and will work tirelessly to attract high-paying green jobs to our community.

“Karen Mallard has served the children and families of Virginia Beach as a teacher and childhood reading specialist for over thirty years. Her devotion to her community will make her an exception public servant in the House of Delegates.

“Karen will be champion for public education and a cleaner, healthier world for our children to grow up in. I’m proud to support her campaign for the House of Delegates”

“Few things are more important than supporting our educations. I am proud to support a teacher, Karen Mallard in her race for Delegate. I trust that she will be a passionate fighter for public education”

“I am impressed by Karen Mallard’s history of activism and service to her community. She will be a fierce advocate for Virginia’s families in the House of Delegates”