Frances didn’t grow up intending to become a community planner; it’s a position she fell into due to her love of Cumberland County, where she grew up.

“I learned quickly that planning steers the growth of the community. Planning can protect the community and also open it up for new people to enter,” Frances says in a conversation with Sister District. “I fell into a profession that I enjoy, and I’m sure you can hear in my voice that I love it. ”

Upon graduation from North Carolina A&T State University, Frances learned that Cumberland County was reorganizing its planning department, and decided to apply for a position. She reflects on her time as a community planner, saying “It’s been so rewarding to see the plans that we drew and the work that we did come into fruition years later. Working as a planner, I learned a lot of technical things, the importance of environmental studies, and I also learned to navigate the political push and pull.”

The benefits and pitfalls of local government

As much as the professional staff worked hard to make recommendations in the best interest of the community, decisions about all projects were ultimately made by those in elected office. Frances learned that electing representatives who will fight for sufficient funding makes all the difference in every aspect of government.

That process showed Frances both the benefits and some of the pitfalls of local politics. Local elected officials and staffers had the power to help their communities, but often, the wealthy and well-connected got preferential treatment.

“At the time, our community was very developer-driven,” Frances says. “Those running for office were usually partial to the developers because they depended on the developers for campaign contributions.”

While that aspect of working in government was often disappointing, Frances also saw many aspects of the process that encouraged and inspired her.

She says, “I saw regular hardworking people come together in front of the boards, fight for something their community wanted, and win. That’s when I realized the power of the community’s voice to impact decision making, and that’s part of what encouraged me to run.”

The power of the community

Frances tells the story of one neighborhood in Cumberland County that did not want to be zoned in 2010 when the Planning Department was putting forth its land use plan. Frances and her team laid out a plan to zone the area, but because members of that community did not want the government making zoning decisions for them, “the community came out in force,” Frances recalls.

While Frances did not agree with their position, she again saw the power of a community to speak out and make decisions about their own self-government. “To this day, they are still an unzoned community,” Frances chuckles, shaking her head.

Involvement in politics and government has given Frances experiences she never would have expected.

In one case, while working as a city planner, she was asked to take an aerial photo of Fort Bragg, a military installation partially located in Cumberland County.

She was told she would have to take the photo from an airplane, but “nobody told me it was a Huey 40,” she exclaims. “A Huey 40 is a helicopter with no door, where you’re sitting outside the plane and holding onto a bar. My legs and feet were just hanging outside of the plane. It was really scary because I had never been on a plane before, but still it was so much fun.”

Throughout her career, Frances has been a community planner, an educator, and a court magistrate. She believes that her diversity of experience will serve her well in the North Carolina General Assembly.

“I’ll be bringing to the table not just my knowledge, but my relationships with leaders at the local, state and federal levels, and my ability to work with others,” she says.

While serving as a magistrate in the Cumberland County court system, Frances worked with a mentor who taught her the importance of treating everyone fairly. In that position, she had the power to determine bail bonds. She learned that placing an excessively high bail bond on someone can have a devastating effect on that individual and their family. She believes, “people deserve a second chance.”

“That’s how I always treated the job, ” she continues, “but I didn’t see that outlook from other magistrates. There were serious inequities of bail bonds on minorities and people without money.” Frances believes that the General Assembly must look into reforming the state’s bail system.

For Frances, the most important thing the North Carolina legislature must do before completing any other projects is to establish an independent redistricting commission.

“My first day in office, I think we as the General Assembly should definitely talk about ending gerrymandering. We need an independent commission to draw our districts.” She believes that elected officials cannot properly serve their constituents without first ensuring that the system that put them in office is fair and democratic.

Frances is also extremely concerned about the fact that many in her district do not have access to clean drinking water because a teflon company has been dumping its chemical waste in the community’s water supply for more than a decade.

“I know people who have been suffering from cancer as a result,” she says, “Others say they’ve lost loved ones or they were pregnant and lost the child for different reasons related to this water issue. And it’s not just about the drinking water. Some people even say they take showers and their face itches; their skin is changing color, or they’re losing their hair.”

This issue, unfortunately not uncommon across the country, is having ripple effects throughout her community. Frances continues, “A lot of people come to our community to retire. They purchase homes and nobody told them about this issue. So they move into a community only to learn that they won’t have access to safe drinking water.”

The North Carolina General Assembly has been slow to take action to protect its citizens from this poisonous water supply. That’s part of why Frances is running now. She believes access to clean water is one of the most basic human rights, and in the State House, she plans to treat this issue as the urgent matter that it is.

“I would be remiss if I do not say that I have concern for the military families in our community as well,” Frances says, adding that she has two brothers who served in the armed forces for decades. She believes the General Assembly should be considering new ways to give back to veterans, including funding retirement homes and medicaid access.

As someone who has served her community in so many different capacities, Frances understands that public service is about treating each individual with respect, and working to build the best future for one’s community. She’s plans take everything she’s learned over her decades of service to the North Carolina State House. 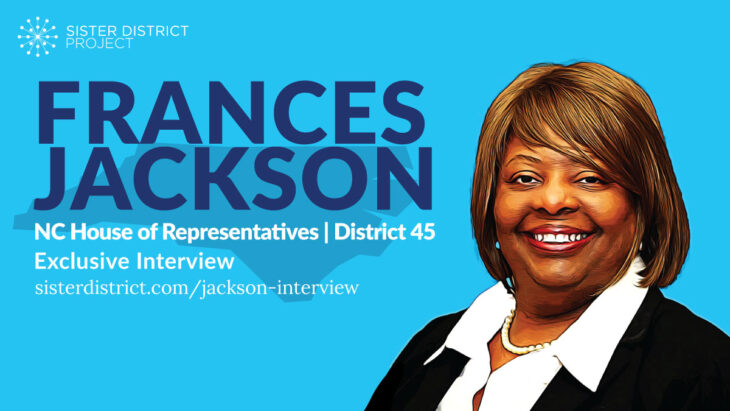 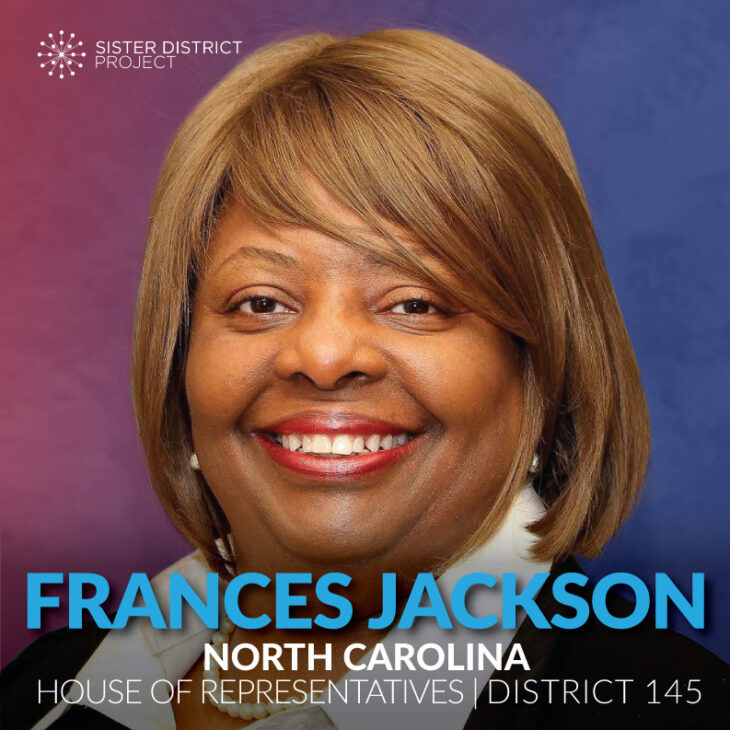