“For 2.5 hours between March 23 and March 26, Organizing Fellow Erika Siao called 40 volunteers in New Jersey. She spoke with 15 people (a 37.5% contact rate), and seven of those (47%), said yes to the primary ask.” – – Phone Recruitment blog post by Neal Morgan, Head of Organizing

“We put together a team of 7 volunteers to make calls. We have found that there are volunteers who want to make an hour or two of calls to invite volunteers to an event every month or so . . . we just needed to ask.” – – Phone Calls Boost Attendance blog post by Taryn Young, SD Sonoma County East 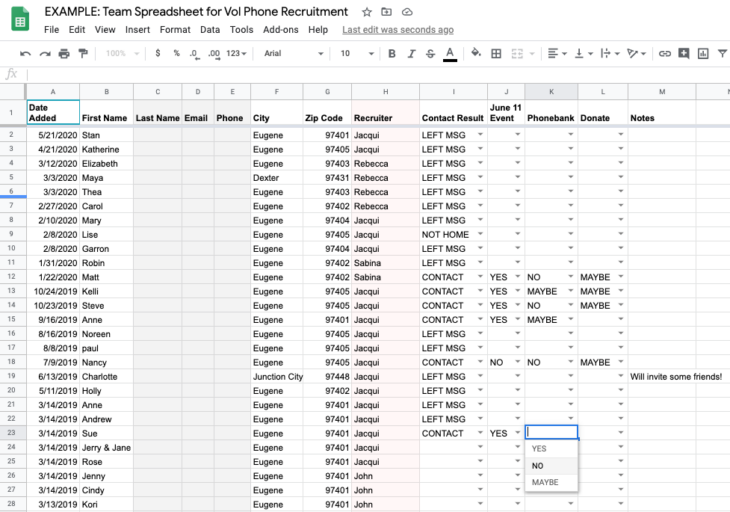 Next Article: Reach Out and Touch Someone