A Weekend of Action: September 7-8th

We’ve been working hard this year to flip the Virginia Assembly from red to blue, and now we are thrilled to announce that we are partnering with one of the biggest players in Democratic politics: EMILY’s List.  We’re joining forces with the EMILY’s List community on a joint Weekend of Action on September 7th and 8th, engaging activists across the country to increase the number of pro-choice Democratic women serving in the Virginia House of Delegates and state Senate. 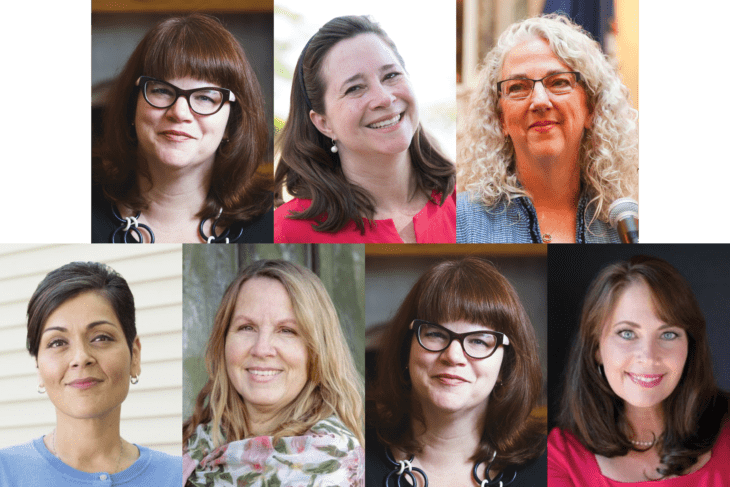 Getting Democratic Women Elected, Together

EMILY’s List is the nation’s largest resource for women in politics. Since EMILY’s List was founded in 1985, it has raised over $600 million to support pro-choice Democratic women candidates and helped elect 150 women to the House, 26 to the Senate, 16 governors, and nearly 1,100 to state and local office.

We are proud to be working with this prestigious and effective organization – together, we can flip Virginia blue!

This is the second year in a row we have partnered with EMILY’s List – we launched the partnership in 2018 with Weekends of Action in support of candidates in Pennsylvania and Michigan.

How to Get Involved

And, download these images to share on social media. Be sure to use the hashtag #SDPWeekendofAction and tag @Sister_District and @EMILYsList so we can find it! 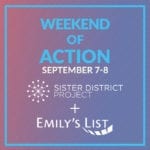 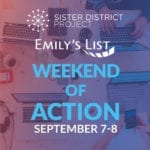 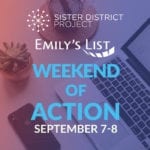