We are working to build a community of folks in Contra Costa County dedicated to building progressive power across our country. Our volunteers are helping fundraise, phone bank and write postcards for our Sister District campaigns. We're having an impact, building meaningful relationships and having fun while we're doing it!

In 2020, we're supporting Cindy Polo's reelection campaign in Florida and helping elect Aleta Borrud in Minnesota. Please support these candidates by clicking "Donate to Our Candidates" on the right. To sign up to volunteer, click the "volunteer" button.

We would love for you to join us.

We're actively looking for volunteers to join our core organizing team and help with organizing virtual phonebank parties and small-dollar fundraisers and help us build our beloved community in Contra Costa County. Contact our team if you have any questions.

On Sunday, July 19th, we'll organize a meet and greet to fundraise for Aleta Borrud's campaign. We're planning to do the same with Cindy Polo in August/September.

If you're interested in phonebanking, sign up to volunteer and meet other progressive folks in the East Bay.

We're supporting Sister District East Bay's ongoing virtual phonebank - Sundays from 11:30am - 1:30pm. We'll be starting up a phone bank shortly that will run on alternate Sundays with this one. 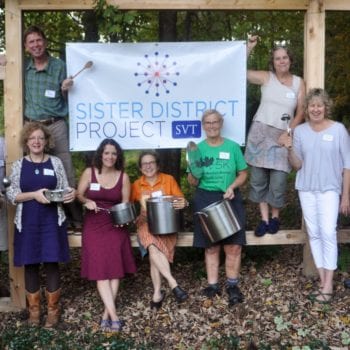 Small but Mighty: Fundraising from Vermont

Geoff and Di Show: Two members of the small but mighty Southern Vermont Sister District talking about why they got involved with some innovative fundraising projects. 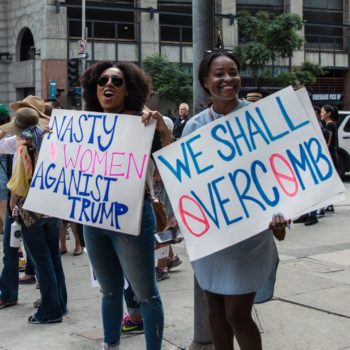 2019 must be about more than impeachment. Thanks to you, it is.

Moments ago, Speaker Nancy Pelosi announced that the House of Representatives will begin impeachment proceedings against President Trump. As new allegations surface about Trump’s illegal dealings with the former Soviet Union, many of us continue to ask how low is too low (still no end in sight). This is likely to galvanize conservatives this fall and heading into 2020, so while the House does its part, let's be sure to do ours.