All of Massachusetts and Rhode Island

It's 2021, and we here at Sister District remain laser-focused on building progressive power in state legistures. With the GOP doubling down on state-level voter-repression bills, there's no time to waste! This year we'll support Virginia's fragile Democratic majority, and through our new State Bridges initiative, work to strengthen on-the-ground collaborations with local organizers in VA and in critical 2022 midterm states (AZ, FL, GA, MI, NC, NH, PA, TX, WI, MN, CO, NV). We're supporting New Virginia Majority, one of the most effective grassroots organizations in the state, and one of Stacey Abrams' faves (!). Donate to NVM now!

ANNOUNCING (TA DA)... OUR CANDIDATES OF 2021
This is a banner general-election year in Virginia, with a competitive gubernatorial race and a fragile Blue majority in the House of Delegates at stake. Under the current Blue trifecta, Democrats have made thrilling gains in the Commonwealth - death penalty repealed! ERA ratified! Medicaid expanded! Voting Rights Act passed! and so much more! - but we must protect and expand the majority in order to pass other critical progressive legislation, e.g. banning assault weapons, raising the minimum wage, and implementing pandemic-recovery measures.

MEET ELIZABETH GUZMAN
Delegate Guzman came to the US more than two decades ago as a young single mother with just $300 in her pocket. After putting herself through community college and two Master's degrees, she built a career as a social worker protecting children from abuse. She delivered the 2018 Spanish-language response to Trump's State of the Union address, and has become one of the most prolific, progressive voices in Virginia politics, crafting legislation around voting rights, public-union collective bargaining, green-jobs investment, and worker protections... to name a few.

MEET CHRIS HURST
Delegate Hurst has a Boston connection, having graduated from Emerson College in 2009 with a BA in Broadcast Journalism. He began his career as a journalist, but left the industry to run for office after recovering from a profound tragedy, when his girlfriend and fellow journalist Alison Parker was murdered on live television. Sister District supported Chris when he first ran successfully for office in 2017. As a Delegate, he has fought tirelessly for increased access to mental health care, stronger gun safety laws, and quality and affordable schools.

MEET ROSLYN TYLER
Delegate Tyler was born and raised in Emporia, VA, and was first elected to the state's General Assembly in 2005. She's served as Clinical Coordinator of Physical Therapy at Southern Virginia Regional Medical Center for 20+ years, and is a member of the Virginia Physical Therapist Association. In the legislature, Roslyn chairs the House of Delegates Education Committee and serves on the Appropriations and the Agriculture Chesapeake and National Resources Committees. And - music to our ears - she's the organizer for the 75th District Gospel Choir.

Phonebanking has started! See our Mobilize Events Page to sign up for our weekly phonebank and see a complete list of upcoming events and actions you can take!

Now, John's a State Senator, and Jennifer is running for Governor!

Historially heavy GOP gerrymandering made our victories in Florida and Pennsylvania especially sweet.

Blue Wave, baby: we helped usher in a blue trifecta in Virginia! With GOP obstructionists out of the way, Virginia has expanded Medicaid to 450K residents, protected undocumented immigrants, and passed gun-safety legislation -- a historic achievement given the state's centrality in the infamous "Iron Pipeline." BONUS: VA just became the first Southern state to pass a Voting Rights Act!

These numbers represent the work of our MA-RI team. For the national effort, see the Sister District impact report.

What to Expect When You’re Canvassing

Canvassing is not always so rewarding. Sometimes, you may knock on three or four doors in a row and get no answer. Each time there’s no answer, you leave a flyer at a house to remind the occupants to vote for your candidate, and you hope they will read it. Then it’s on to the next house, which you reach just as the person you want to talk to is driving away. Maybe she will roll down her car window to ask what you’re doing. You’ll tell her you’re there to ask for her support for your candidate. And maybe she’ll tell you, “No, we don’t vote.” (Even though her name is on your list of registered voters.) 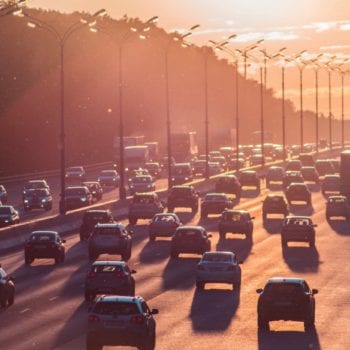 Why Are States So Important?

Gasp, choke! Trump's EPA is working to choke us to death; read here for how states, particularly CA, are working to clear the air. 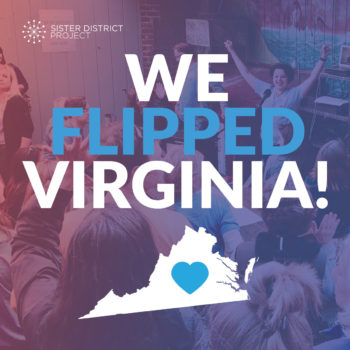 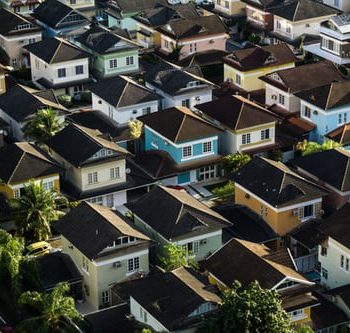 My First Time Canvassing… But It Won’t Be My Last!

Sister District Project MA&RI gives the lowdown on why state-level races are so vital to the nation’s health. 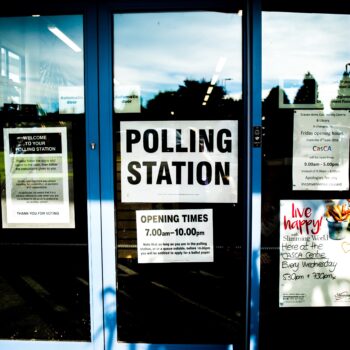 Why Are States So Important? Focus On: Voter Purging in General…and Wisconsin in Particular

Why Are States So Important? Focus On: Voter Purging in General… and Wisconsin in Particular