Includes Portland and the surrounding metro region, but all are welcome join!

Since its inception in 2017, the Sister District family has helped elect more than 70 state legislators, provided critical services to top-priority campaigns, raised more than $4 million directly to candidates, and reached out to more than 2 million target voters.

We made a big impact in 2021 and aim to do even more in 2022 to help keep or turn states blue and also drive votes up the ticket in key Senate, House, and Gubernatorial elections.

Looking forward to working with you!

Protect Democracy! Tell the Senate to pass the For The People Act!

Our Sister District Portland team is partnering with Common Cause, Represent US, Stand Up America, and multiple Indivisible chapters around the country to help pass the For The People Act.

The Brennan Center for Justice said that the act “would be the most significant voting rights and democracy reform in more than half a century.”

But time is running out! We need to act IMMEDIATELY!

Recently, all 50 Democratic senators voted "yes" to begin discussing the For The People Act in the Senate. However, Mitch McConnell used the filibuster to prevent the Senate from even beginning to consider the legislation. The GOP knows that the bill would prevent them from stealing future elections through their voter suppression laws, gerrymandering, and use of unlimited dark money contributions from billionaires.

But don't give up hope! This was completely expected, and activist groups have been planning for it.

While every Democratic senator voted yes to begin debate on the For The People Act, there are a handful of senators (like Joe Manchin and Kirsten Sinema) who haven’t yet thrown their support behind ending or reforming the filibuster, which will be necessary to get it passed.

Are you frustrated that you don't live in one of those senator's states? Well we have a solution!

We’ll be calling voters in these crucial senator’s states, and connecting them DIRECTLY to their senator’s office, so they can leave a message urging their senator to do whatever it takes to protect our democracy, including ending or reforming the filibuster.

There are phonebanks throughout the week. The training will get you comfortable in no time, and the phonebanking software ensures that you won’t be spending all your time listening to unanswered ringing.
This is the most important thing you can do over the next few weeks to help protect American democracy. Tell your friends, family, neighbors, and coworkers, and join us today!

Join us in the fight by clicking here!

The For the People Act:

Breaks the grip of big money in politics

You can learn more about the For The People Act here. 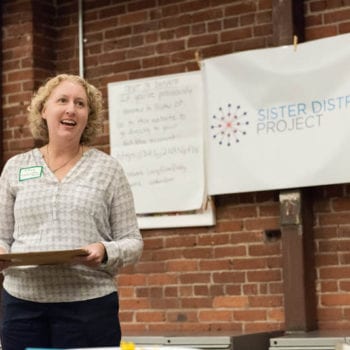 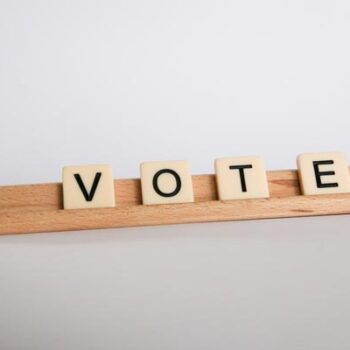 Virginia’s 2021 elections were challenging for Democrats. Nearly a week later, votes continue to be counted in the two races that could leave the House in a partisan tie — Sister District candidates Alex Askew and Martha Mugler. As we’ve written, the Sister District community had a tremendous and creative year providing fundraising, field support, […]