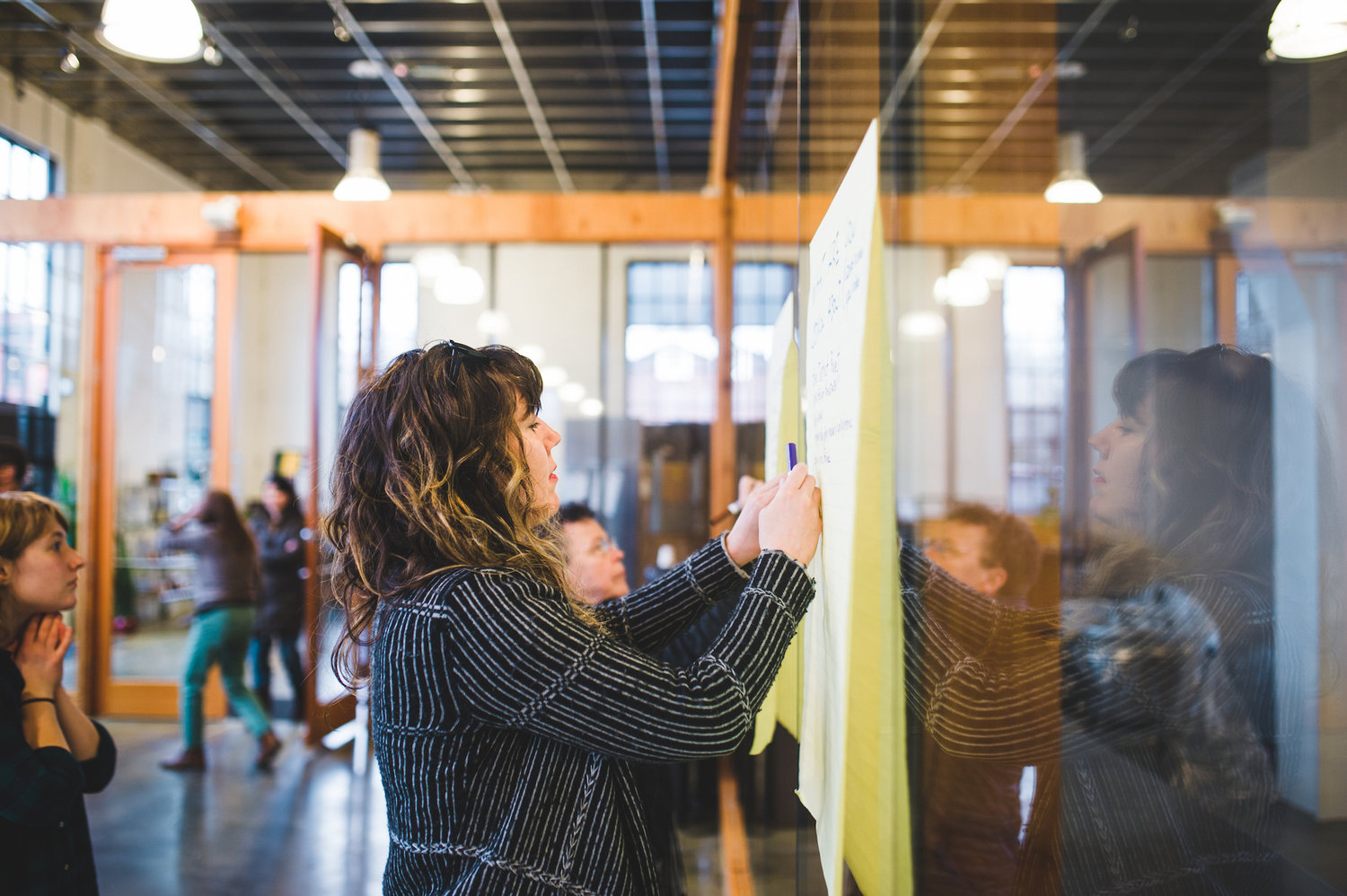 How Did We Get Here?

The goal of the Sister District Project is to help Democrats win critical state legislative seats. Our unique organizing model “sisters” our teams with specific swing districts so that volunteers and candidates can develop a meaningful relationship over the course of the election cycle. In 2017, we proved that our model works, helping 14 Democrats get elected in Virginia, Washington, and Delaware. (Read more about why state legislative races are the way to get the biggest bang for your buck with your volunteer hours and dollars.)

Although there are strong indications that a blue wave is possible, Democrats go into this 2018 season at a severe disadvantage. Due to evil genius gerrymandering maneuvers over several election cycles, Republicans now hold a significant majority of state legislative chambers. As of November 2017, 67 chambers were under GOP control, while Democrats held majorities in only 32 chambers.

How will we choose where to focus? We have to first articulate, and then implement, a coherent national political strategy to determine which states, chambers, and seats to target.

Our goal is to elect (and keep) Democratic majorities in every state legislative chamber in every state. To achieve this goal, we pursue a three-part strategy:

We implement our political strategy by selecting a portfolio of races, comprised of three categories. Each category will include specific races, the success of which will implement one of our strategy’s three elements as described above.

Our mixed-methods approach to selecting this portfolio is powered by a crack team of volunteer researchers who are obsessive about finding and analyzing the best data in each state. In the next section, we outline our roadmap for race research and selection.

First, we assess the state legislative chambers across the country and develop a list of chambers meeting one of our three race portfolio categories. This the preliminary target list of states and chambers of interest in 2018:

Note about special elections: the above list is based upon the 2018 general election calendar. Special elections may also be called in these states or other states that meet our criteria, and we will evaluate those opportunities as they arise.

Second, we assess the particular composition of each identified chamber, generating a list of specific districts within each chamber that meet certain general criteria around flippability or incumbent fragility, principally relying on publicly available historical voting records for each district.

Third, we take a deeper dive into each of those districts. This involves assessing factors like the Partisan Voting Index and Democratic Performance Index scores for the district. We also look at whether the district is nested within other competitive elections where we might be able to force-multiply activity in-district (especially swing congressional races), whether the seat is open in 2018 due to the incumbent being term-limited or declining to run for re-election, and how much money candidates have raised for the seat over prior cycles. For seats held by Republican incumbents running again, we also assess factors including the strength of the incumbent and his or her prior voting record as a legislator.

Fourth, we discuss our preliminary list of chambers and districts with key stakeholders on the ground in each location. These stakeholders include our local Sister District teams in potential target states, other local grassroots electoral and issue-based advocacy groups, Democratic chamber caucus staff, prior and current legislators and candidates in those districts, academic researchers and other state and issue experts, and national political and advocacy-based organizations. We refine our preliminary target list based on these conversations and insights.

Fifth, we assess candidate quality in the seats we have identified. We evaluate candidates based on a number of factors, including leadership ability, policy platform, fit for the district, local and broader coalition of support, campaign staff quality, and interest in our support. This process involves interviews with the candidate and staff, and consultation with local- and state-based organizations.

Once the filing deadline has passed, we can evaluate particular candidates in particular seats we have identified for our potential support. In some instances, only one Democrat may have announced their candidacy, and will not be facing a contested primary. In those cases, we may be able to finalize our candidate assessment and move forward with our official support ahead of the primary. In other cases, more than one Democrat may be running for the seat, and we will generally need to wait until after the primary to move forward with our official support.

Our biggest strength as an organization is our people. Our teams of creative, tenacious volunteers across the country worked tirelessly in 2017 for their candidates. The sixth step in this process is matching races with teams. We are committed to finding “good homes” for both our teams and our candidates so that they can develop meaningful relationships. These relationships help us “expand what we think of as our own backyard” to create sustained engagement that results in more wins.

Once we have assessed the candidate(s), the filing deadlines and/or contested primaries have passed, and we have found a good match for a Sister Race among our Sister District team(s), we can announce our official support in particular districts.

This occurs at different times throughout the year, given the variation in filing deadlines and candidate recruitment landscape. We announce our support for candidates on a rolling basis, in waves when possible. Please note that the list of potential states and chambers we have identified above is preliminary and still being refined. We may not end up supporting candidates in each of those chambers, due to any number of factors.

A blue wave is possible in 2018, but it is far from a foregone conclusion. To make it happen, it will take a diverse coalition of volunteers and organizations, both seasoned and newly activated, working together. The roadmap above outlines Sister District’s strategy, which must fit into a broader landscape-wide strategy for us all to be successful. We are committed to working together — with our teams on race selection and pairing, and with our allied organizations on broader ways to force-multiply our efforts — and we are eager to keep our sleeves rolled up as we head into 2018.