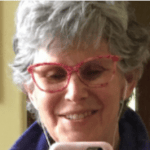 Campaigns need phonebankers more than any other kind of help this year (besides money). So I’ve committed to making 60 calls every Sunday from now until the election. I started last Sunday by making calls for Brian Farkas.

It was great. Seriously.

I spent 1.5 hours, including the logging-in rigamarole and making a fresh cup of tea halfway through.

One fellow said, “Well, you’re the first person who’s called, so I’ll probably vote for him.” Someone else already had Brian’s sign on her lawn. Two people said they’d like to volunteer. Others had never heard of him—but now they have. More people than usual answered the phone (14 out of 60 calls, or 23%).

A couple of people were a little cranky, but everyone else was SUPER nice. This is North Carolina! Southern hospitality was on full display: most calls ended with “Thank you for calling.” (And remember: we’re only calling voters the campaign has identified as being in the ballpark of voting with us.)

As usual, many numbers I rang were disconnected, but this helps the campaign, especially early in the election cycle: by reporting those, it helps the campaign clean up their lists. This means other volunteers won’t waste time dialing those numbers. I had trouble understanding one guy’s accent—and one guy seemed to have trouble understanding mine. Otherwise I had brief but lovely conversations between the “not homes.”

It cost me a small part of my Sunday afternoon. Sixty seems like a drop in the bucket. But it’s a doable number that I’m likely to stick with. If I do that every Sunday from now until Nov. 1, that’s 1,440 calls and potentially 288 conversations with voters. In local races like this one, that can turn an election. Enough of those and we’ve flipped another state.[/vc_column_text][/vc_column][/vc_row]