Brittney’s passion for equality began at an early age. She was born in Detroit, Michigan, to a Black/African-American father and Lebanese-American mother. At the young age of three, her parents began discussing race and gender equality with her in order to prepare her for the world ahead. Her father, a Vietnam War Veteran who served in the U.S. Marine Corps, was a Detroit Police Sergeant. Her mother, a civilian employee for the U.S. Army Tank Arsenal, later became a Registered Nurse. Her parents instilled and cultivated the principles of becoming a contributing member of society and giving back to the community.

Brittney went on to earn a Bachelor of Arts in Criminal Justice from Saginaw Valley State University in Michigan. She also earned two advanced degrees, a Master’s in Public Administration from Oakland University, Michigan, and a Master’s of Arts in Teaching from Sierra Nevada College, Nevada, as well as her K-8 Teaching Licensure.

Currently, she is a middle school teacher in the Clark County School District. She has a uniquely diverse professional background, coupled with her passion for public service. Brittney has the necessary knowledge, creativity, and experience to lead. She has lived in this community for over ten years, teaching students directly from her own neighborhood.

Nevada needs the per-pupil funding formula reconfigured in order to increase school funding, the state cannot continue to be last in the nation for funding. Investing in our education system is one of the best returns on investments that can be made. Education, the economy, and criminal justice are all socially linked.

Oversized classrooms and lack of resources have plagued the district for too long. Teachers need relevant, effective resources provided by the district. Our students need expanded career and technical programming and access to quality programs, including the Arts, extra-curricular activities, after-school programming, and career exploration.

Assemblyperson Miller supports reducing the excessive amount of standardized testing and data collection our students are subjected to throughout the year. Students need more time to develop academically and socially. We need to increase the number of social workers, counselors, and mental health providers in our school to holistically address our students’ needs. Furthermore, the national teacher shortage has had a huge impact on Nevada. Teachers and staff need to earn competitive wages with professional respect and working conditions that attract and retain our most qualified, passionate teachers.

Nevada can do more to attract diverse, sustainable industries that can withstand market fluctuations. The state can prove to be a lucrative place for businesses. However, Brittney Miller wants to ensure that our Nevadans are the first hired.

Our state needs to keep up with future trends by creating jobs in renewable energy, science, and technology. In addition to job creation, we need a prepared workforce that is equipped with the required skills to obtain and perform such jobs. In addition to working with the K-12 and Community College systems, we also need to provide skilled trade opportunities and small business loans that are accessible and attainable to our community members.

Ultimately, Assemblywoman Miller believes that our economy is the strongest when both our small business owners and unions are supported and thriving. However, regardless of the profession or work, our hard-working Nevadans need and deserve to make a living wage.

Britney Miller honors our Veterans and seeks to ensure that they are able to obtain the services and benefits they are entitled to. She will continue to fight for the Veterans that fought for us!

Veterans make up over 10% of the state’s population; therefore, Nevada has the opportunity to become the premier community for Veterans and Military Families. We must continue to strive for and improve access to quality affordable housing, education/training programs, employment services, physical and mental health services, Veterans’ courts, and financial protections that are quickly accessible.

The safety and well-being of our families, neighborhoods, and businesses are a priority. Burglaries, home invasions, and homicide are rising at a startling rate. This can be reduced with neighborhood organizing, a stronger economy, more mental health services, and increased police presence.

We need to repair relationships between the police and minority communities. For this reason, Rep. Brittney Miller supports a Community Policing approach that works in partnership with the community. We also cannot allow prisons to be a profitable industry while it serves to dismantle families and communities. Rep. Miller supports reforming sentencing guidelines, as well as expanding drug courts, veteran’s courts, and prisoner re-entry programs.

Health Care should be treated as a right, not as a privilege or a product for profit. Premiums have skyrocketed. This may work well for CEOs but not patients. Millions of Americans do not have access to the most basic preventative and primary care. One barrier to securing health care is the lack of accessible, affordable health insurance.

From its inception in 1965, Medicaid was enacted to provide medical coverage to low-income individuals in all states and U.S. territories. Under federal regulation and with federal assistance, states were mandated to cover specific groups within our population, such as low-income families and pregnant women and children.

Imagine a Medicaid expansion that could provide coverage to all Nevadans. One that would give every Nevadan an opportunity to purchase Medicaid on the insurance market. An expansion that removes the income limits for eligibility for Medicaid. One that would create more options for patients in counties where they currently only have one option for health insurance—instead of allowing companies to drive up costs and take the power away from patients.

While the argument of what the size, scope, and purpose of government should be in our lives continues, one point everyone agrees on is government accountability. Government should be working for the people. In other words, we should demand effective, efficient, accountable, and transparent government. As Representative, Brittney Miller will continue to push for the creation of the Office of the Inspector General in order to monitor state and public entities in Nevada. As taxpayers, we need to know how our hard-earned money is being spent and that it is spent with the best intention of providing necessary and quality service to Nevadans.

Assemblywoman Brittney Miller has successfully represented her district since 2017 and is a tried and true representative of her constituents. Although Nevada currently has a Democratic trifecta, as a swing state, holding the majority is not guaranteed without a strong showing of voters to overcome narrow margins of victory. The 2022 midterm elections are going to be a true test of Nevada’s Democratic majority, and defending incumbents like Brittney Miller is vital to success in the state.

Assembly District 5 is situated in Clarke County, to the West of Las Vegas, Nevada, and is considered part of the Greater Las Vegas Metropolitan area. The District includes the towns of Spring Valley and Summerlin South. On track to be a majority-minority district, it has a diverse electorate population that historically leans Democratic in elections but is still considered very competitive.

Republican Mr. Kelly Quinn is a corrections officer currently being sued by inmates for violations of their rights. Kelly is running on a platform of MAGA talking points with no real policy solutions to be found. He claims that law enforcement is underfunded and needs more tax-payer dollars in their coffers while at the same time advocating to divert public education funding away from the children who need it most and into for-profit or religious institutions. True to the MAGA movement’s M.O., Quinn has even accused sex-education teachers of being “groomers,” continuing to parrot false narratives and blatant misinformation around CRT in k-12 classrooms. Quinn is a far-right extremist that also considers himself a “Constitutional Coach” after attending a course through the so-called Patriot Academy, a “ministry” that promotes Christian Nationalist ideals and policies. Make no mistake, Quinn is a danger to democracy and will only work to support constituents that agree with his extremist views.

Libertarian Ronald Morgan is on the ballot currently but does not have a large public presence at the moment. However, in 2014 he was indicted in a multi-million dollar business loan fraud scheme. In 2017 he pleaded guilty, being sentenced to two years in prison and an additional three years of probation.

Why Nevada is important

Battleground Context
Nevada narrowly voted for Joe Biden in 2020, and it will continue to be a critical electoral battleground state from the Presidential level all the way down. It is also a potential democracy battleground, where GOP operatives and allies have pushed allegations of election fraud and mistrust in election administration.

However, on November 17th, 2021, two Republicans filed suit against the maps citing partisan gerrymandering to dilute the voting power of rural voters. Members of the Latinx community also had objections about their voting power being diluted but did not pursue the matter in court. In March of 2022, a judge decided that the maps passed by the state’s General Assembly will be used in the upcoming midterm elections while litigation on the new maps continues. 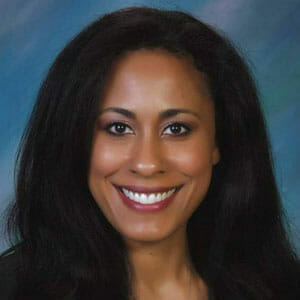