During an exclusive interview with the Sister District Project, Coral answers nearly every question by telling a story. Coral sees herself as a third generation “Daughter of Arizona.” She tells the story of how grandfather moved to Flagstaff, Arizona in 1940 to work in a sawmill. There, he built the house that Coral and her daughter live in now. She tells the story of an immigrant mother of three who, faced with losing the only home she could afford, inspired Coral to run for Mayor. And she tells the story of the version of Arizona that she envisions – the version she will fight for when she wins a seat in the Arizona State House.

Coral has served as mayor of Flagstaff, the largest city in Arizona’s 6th Legislative district, since 2016.

She says her political career began in 2006 when she and other community leaders were fighting to preserve the Dunbar Elementary School building on the southside of Flagstaff.

The Flagstaff council at the time intended to tear down the Dunbar Elementary School building and sell the land to developers, causing the community to “come unglued,” according to Coral. After two years of marching and petitioning the Council, Coral’s cohort of community leaders convinced the council to convert the building into a community center.

Coral says, “during that process, I noticed that the council was just not listening.”

She asked a mentor, “who are those people on the dais, and who are their bosses? Maybe they’ll listen if we talk to their bosses.”

Her mentor explained that members of the council were accountable only to the city’s residents, and that the city could hold them accountable by electing someone else to replace them. That year, Coral ran for Flagstaff City Council – and won.

Coral says that after serving two terms on the City Council, “I wasn’t planning to run again. I was going to finish out my stint in politics and go back to focusing on community issues.” Yet, it was another story from a member of the community that convinced her that she needed to run for Mayor.

While Coral was serving as Flagstaff’s Vice-Mayor, a woman came up to speak at a council meeting and told a moving story entirely in Spanish.

The woman was one of 58 mostly immigrant families that were due to be forcibly removed from their trailer park homes at the request of a developer. Due to their immigration status, the vast majority of these families had no method of legal recourse and could not access the funds that the state normally provided to help people in their situation find new housing.

“It was the first time that people who didn’t speak English came to our council meeting asking for help,” Coral remembers.

“This woman had put all of her savings into her mobile home six months before she received notice that the trailer park would be closing. She was so proud because she only had to work one and a half jobs to support her family, instead of two jobs like everyone else. After losing her home, she really had no idea what she was going to do,” Coral explained.

“She told us this story and after she was done talking, she laid her head down on the podium where she was speaking and she burst into tears.”

Coral, who speaks Spanish conversationally, says, “I looked around at everybody on the dais and no one else understood what she was saying, but you could clearly tell that this woman was in pain.”

Coral says the then-Republican mayor showed no empathy for the woman’s plight. While she was sobbing on the podium, he banged the gavel and admonished the woman, saying “this is a business meeting. We have important business to attend to, so you’ll need to wrap this up.”

In that moment, Coral decided that “the next time something like this happens in my community, I will either be running the meeting, or I’ll be in the audience fighting for my community.”

That year, she ran for Mayor of Flagstaff and won.

Coral says, “I love being Mayor. I love my city, I love my town, and I love my job. I feel blessed that my town trusted me enough to put me in this position, but it’s hard to be Mayor in Arizona right now and meet the needs of your community.”

Coral is running for Arizona House because the story that her current representatives are telling about Arizona is in stark contrast with her view of the state.

The Republican incumbents have voted to reduce gun safety regulations, voted against the rights of municipal leaders to protect their communities, and prioritized corporate lobbyists over the needs of their constituents.

Coral envisions an Arizona that allows municipalities to make decisions in the best interest of their residents, listens to the needs of everyday residents, and actively builds partnerships with members of underserved communities.

“The State of Arizona needs to start addressing Climate Change in a meaningful way,” Coral says. As Mayor of Flagstaff, Coral has enacted a Climate Action Adaptation Plan that works to prepare the city for the effects of climate change with a particular focus on its impacts on lower income communities.

She has also taken a proactive approach to protecting her city’s water supply, working with Flagstaff residents and neighboring communities to protect public lands on the outskirts of the city.

“Here in Flagstaff, we’ve been deliberately mindful of how connected we all are,” Coral says.

Under her leadership, the town has hired an Indigenous Liaison who is working to build the town’s relationship with the Native American tribes in the region and to help lift up the voices of those underserved communities.

In addition to these programs, the City of Flagstaff will also be opening a full day preschool this August. This school is meant to serve children whose families earn too much to gain federal funding, but not enough to afford the cost of full-day pre-school. Coral sees this as a gaping flaw in Arizona’s education system, which no longer provides full-day kindergarten. “Even if you don’t care about kids, all-day kindergarten allows parents to go to work so that they can take care of their families.”

Telling stories allows us to learn from our past, envision a new future, and come together around common goals. Because storytelling is such a vital component of human innovation, our best leaders are often our best storytellers.

Coral is excellent at listening to the stories of Arizona residents and translating those stories into real workable solutions. It’s how she has been successful as a community organizer and an elected official, and it’s exactly the skill that will make her an excellent State Representative. 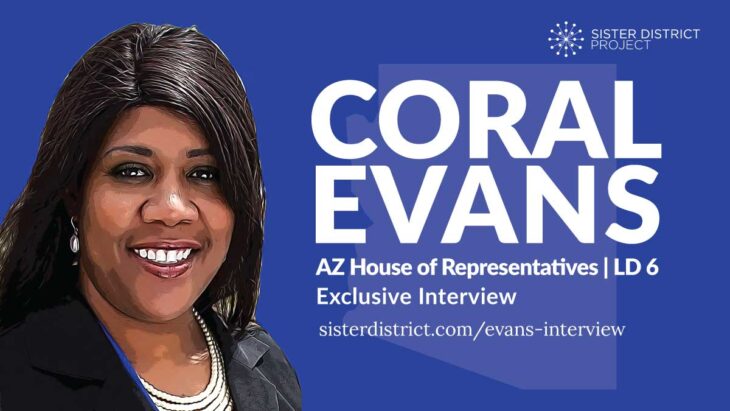 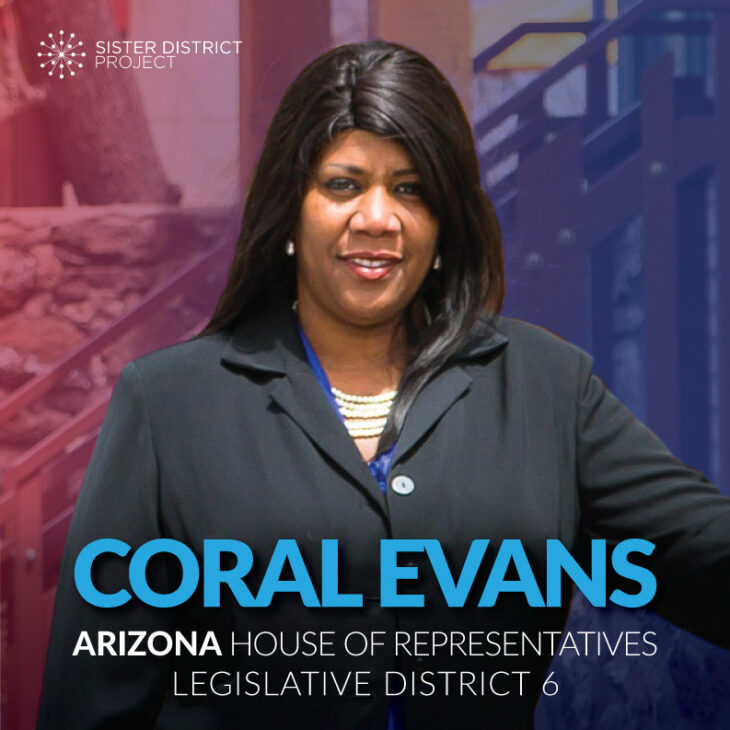