Background: Industry studies indicate that relational organizing, or leveraging preexisting relationships with friends and family to discuss aspects of voting and organizing, is a highly effective tactic. Friends and family are more likely to comply with an ask from someone they know (as opposed to a stranger or an organization). And people tend to have accurate contact information, like phone numbers and emails, for friends and family, as well as a high contact rate when they attempt to get in touch. However, SDAN is unaware of any findings about relational fundraising for political candidates. This study is a conceptual replication with a larger sample of the pilot study SDAN ran last year, which suggested that friendraising emails were more effective than HQ emails, and also that specific fundraising goals were better than abstract fundraising goals.

Specifics: Sister District teams helped to recruit 44 Sister District volunteers for this study. Those volunteers were randomly assigned to send either traditional (candidate-focused) emails or personal (self-focused) emails to friends and family asking them for a specific donation amount. SDAN gave volunteers (“friendraisers”) example emails they could send but they could also write their own. Each wrote the same kind of email (traditional or personal) to everyone they emailed. Each email contained a personalized link, and each link was monitored for a period of about 2 weeks to see how many donors and how much money each friendraiser attracted. Each friendraiser also reported the total number of people they emailed, so conversation rate could be determined (the number of donors compared to the number of people emailed). In order to have a point of comparison, data was downloaded for a candidate fundraising email sent to Sister District volunteers by Sister District HQ distributed during the same time. Overall, 275 people received emails from friendraisers and 42,735 people received the email from HQ. In addition to an original email asking contacts to donate, friendraisers sent a reminder email on/around August 7, 2020. Links were monitored from approximately July 29-August 12, 2020. 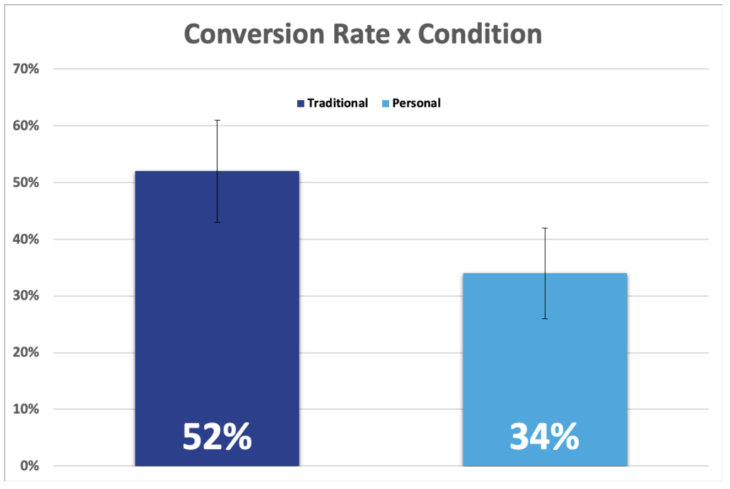 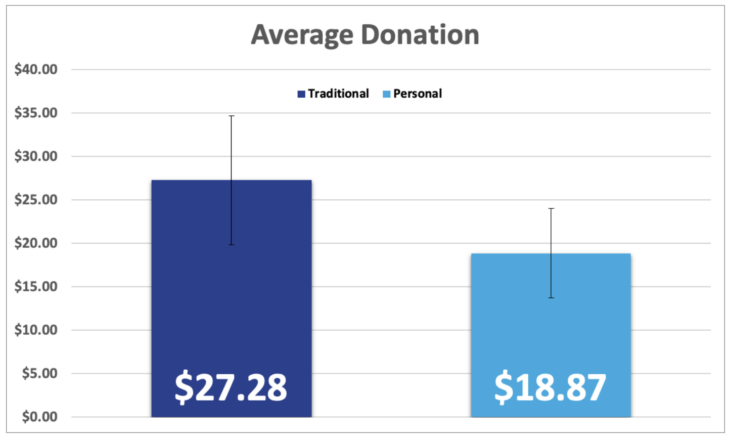 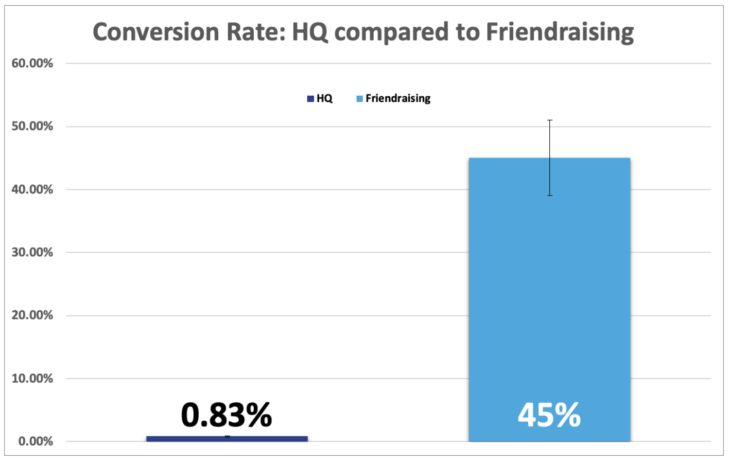 This study continues SDAN’s investigation into relational organizing, and specifically relational fundraising. As relational organizing becomes more popular, results from studies like these will help to guide the most effective approaches. Further, it helps to establish how effective and relatively low lift email fundraising among established personal networks is, and suggests that this could be used as a volunteer activity for folks who would rather not talk to strangers but don’t mind approaching their own social circle.

Future studies should explore other messaging approaches, as well as the effect of anchoring on the specific fundraising goal cited. It may be the case that people who see a larger monetary goal give a larger donation than folks approached with a smaller monetary goal. It is also necessary to determine how to scale such approaches in order to make them effective organizing tactics, so future studies may include ways to easily complete the friendraising email process to determine if more folks are approached when the process is more automated (similar to relational organizing app text messaging approaches that autoload messages into a phone’s SMS app).

While promising, the results described here are not conclusive, and as always, more research is necessary to fully understand the efficacy of friendraising. But initial results are extremely promising, and suggest a lot of utility in using personal networks to accomplish political goals.