Louisiana has a divided government, and no political party holds a state government trifecta.

A trifecta exists when one political party simultaneously holds the governor’s office and majorities in both state legislative chambers. As of June 07, 2019, there are 22 Republican trifectas, 14 Democratic trifectas, and 14 divided governments where neither party holds trifecta control. In the 2018 election, Democrats had a net gain of six trifectas and Republicans had a net loss of four trifectas. Prior to that election, there were 26 Republican trifectas, eight Democratic trifectas, and 16 divided governments. (Ballotpedia)

Louisiana has shown steady growth over the years, and as of 2019, the state’s population is estimated to be 4.68 million.

Louisiana currently has a
population growth rate of 0.75%
which ranks 27th in the country

The median age in Louisiana is
36.2 years of age

Interestingly, about 40% of the state leg seats will be open this year because of term limits. This could be a great opportunity for Louisianans to take advantage of these open seat opportunities to make key inroads ahead of the next round of districting. Also, note that Democratic Governor John Bel Edwards is up for reelection in 2019.

And since the Louisiana Governor has veto power over district maps, it is critically important that we keep Edwards in the Governor’s mansion. Building momentum at the bottom of the ticket will benefit the top of the ticket too in this critical redistricting moment.

The state is also poised to make great gains in 2019. Last year, a diverse coalition of interracial and interfaith groups came together in an unprecedented effort to abolish non-unanimous juries. They were successful, and now only one other state (Oregon) still has in place this Jim Crow law, which allowed individuals to be convicted and imprisoned without a unanimous jury of their peers. The coalition canvassed, called, and texted hundreds of thousands of voters, resulting in an updated voter file that presents fertile ground for progressive groups to use for getting out the vote this fall. 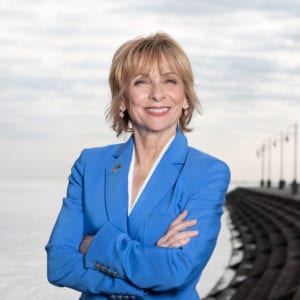 In Louisiana, the state legislature has control over the redistricting process. The redistricted maps are introduced as bills in the Senate and the House, and can be vetoed by the Governor. If the legislature fails to pass a plan, the state Supreme Court draws its own plan.
(Brennan Center; Ballotpedia)

Louisiana faced special scrutiny under the Voting Rights Act as a state with a history of using district lines as tools of racial discrimination, so all district maps had to be reviewed and preapproved by the U.S. Department of Justice before implementation. (Ballotpedia) This changed on June 25, 2013, when the Supreme Court swept away a key provision of this landmark civil rights law in Shelby County v. Holder.

The Supreme Court ruled that the coverage formula in Section 4(b) of the Voting Rights Act — which determines which jurisdictions are covered by Section 5 and includes the state of Louisiana as a whole — is unconstitutional because it is based on an old formula. As a practical matter this means that Section 5 is inoperable until Congress enacts a new coverage formula, which the decision invited Congress to do.

A grassroots group called Fair Districts Louisiana was formed in 2017 as a nonpartisan alliance of citizens advocating for redistricting reform.

To register to vote you must:

There is no vote by mail and no “no excuse” absentee voting in LA. There is only mail/absentee voting for people who qualify, such as seniors or involuntarily confined individuals.

In comparison to other conservative states, LA is loosening voting restrictions, such as restrictions on those with a felony conviction. A bill restoring the right to vote for some Louisiana ex-felons barely gained final approval from the Louisiana Legislature on May 17th, 2019, surviving a last-minute push from prosecutors and conservative lawmakers to quash the proposal. Democratic Governor John Bel Edwards signed the bill into law.  The bill restores voting rights to felons after they have completed their prison sentences. More than 70,000 ex-felons who served time in Louisiana prisons are on probation or parole.

In 1997, Louisiana became one of the first states to require voters to show a photo ID at their polling stations. The measure also allowed voters who didn’t have a photo ID to sign an affidavit attesting to their identity. Voters in Louisiana must present a driver’s license, a passport, a military ID or a Louisiana identification card in order to vote.  Voter ID laws are generally understood to suppress the vote and disproportionately impact people of color and other groups.
*https://thelensnola.org/2013/06/27/louisianas-voter-id-law-from-1997-eases-effects-of-supreme-court-decision/

Louisiana also has additional barriers to voting, such as limited polling places (not every parish having a polling location), limited early voting, and lack of same-day registration.
*https://www.usccr.gov/pubs/2018/08-20-LA-Voting-Barriers.pdf