Since the historic 2017 “blue wave” in Virginia, legislators we helped put in office passed a bill expanding healthcare coverage to over 400,000 Virginians. Even though Democrats did not control the legislature, Republican lawmakers could see the writing on the wall: voters care about healthcare. 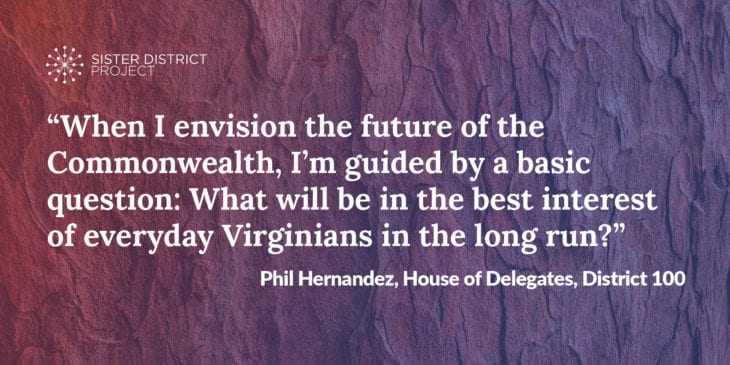 After the tragic shooting in Virginia Beach, Governor Northam called a special legislative session to address gun violence. The Republican-led legislature adjourned after just 90 minutes with no action. Less than 2 months later, the NRA gave $200,000 to a Republican PAC in Virginia.

Karen Mallard, like many of our 2019 candidates, has spoken loud and clear about the need for Virginia to act on gun violence prevention. We must break the stranglehold that the Republicans and their special interests have on the majority of voters in Virginia, and the only way to do it is to flip Virginia blue once and for all. 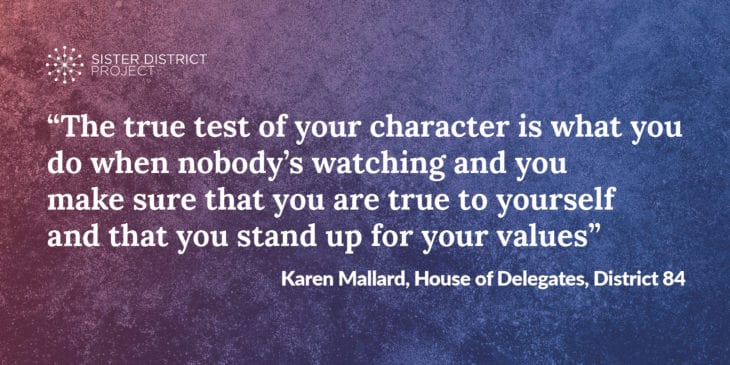 Here’s what our candidates had to say:

Cheryl Turpin knows that our leaders in Richmond can do more to keep our communities and families safe. That’s why she supports common-sense reforms like expanding background checks to keep weapons away from the dangerously mentally ill and domestic abusers.

Henrico recently saw multiple instances of racist vandalism and vandalism threatening gun violence. Virginia was just devastated from a mass shooting in Virginia Beach. 12 years ago our Commonwealth mourned the loss of 33 lives at Virginia Tech. The time for action to prevent gun violence was long ago.

The reality is in 2019, every parent lives with fear when our kids get on the bus to school or go out to play. When children live with anxiety for their own safety, there are lifelong psychological and physical consequences while their young brains develop. Our country does not live up to its promise of equality of opportunity when children grow up afraid to go to school or traumatized by active shooter drills. 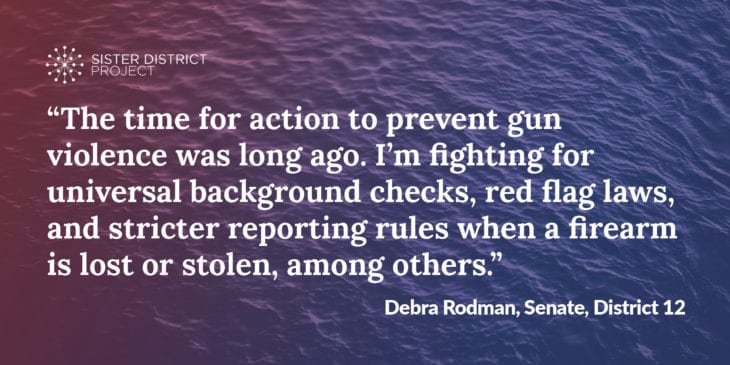 As a healthcare professional, Larry sees gun violence as an epidemic and a top public health crisis. He supports common sense efforts to effectively reduce gun violence. This includes universal background checks whenever firearms are purchased and emergency protective orders that enable family members to temporarily remove firearms from loved ones during a crisis.

In 2017 alone, 346 mass shootings occurred in the US. We can no longer entertain a debate over whether or not guns are the real problem because the truth is obvious. We need a Delegate who will keep weapons from dangerous individuals and keep our schools and public spaces safe.

Congress passed the Equal Rights Amendment in 1972. Nearly 50 years later, it is still one state short of ratification. In February 2019, Virginia tried to be the proud 38th state to pass the E.R.A. and make discrimination against women unconstitutional. But Republicans blocked the effort before it even got to a vote. If Democrats win Virginia, women across the country will finally be seen as equals under the law.

Here’s what our candidates had to say:

As the mother of two daughters, Turpin prioritizes equality. She stood up for the Equal Rights Amendment and believes women should receive equal pay for equal work. Turpin believes men and women are equal and won’t stop working until our state and U.S. Constitution say so.

Virginia could be the 38th, and final state needed, to ratify the amendment. Some issues are hard. That does not strike me as one that should be difficult to get done. It is 2019; 100 years ago we passed another Constitutional amendment in 1919, the 19th Amendment, which guaranteed women the right to vote. We should absolutely be able to vote on equal rights for all genders in the year 2019 — that shouldn’t be controversial.

Believing that every single person in our diverse community matters, I’ll support the Equal Rights Amendment and policies that build a more inclusive future, including in the areas of housing, employment, and voting rights.

Throughout my career, I’ve has worked with individuals from all walks of life, while listening to the issues that are important to the community. These experiences have strengthened his belief in equal treatment for all people, regardless of age, gender, race, sexual orientation, gender identity, income level, or religious belief. Everyone in Virginia should have the opportunity to live, work, and fully participate in society without the fear of discrimination.

Until we ratify the Equal Rights Amendment (ERA), it is still legal to discriminate against a person because of their sex. That must end. All people are equal, regardless of their sex or gender identity. Our opponent has been fighting against the ERA and voted against a measure that could have led to the passing of the bill. We will make it a priority once elected. We only need one more state to ratify the ERA: let’s make it Virginia.

Endorsed by EMILY’s List, Hala is a passionate advocate for women and families. As a single, working mother, she knows the challenges families face every day. Hala helped organize Virginia for the Women’s March and founded the Prince William chapter of the National Organization for Women. As a member of Governor McAuliffe’s Council on Women, Hala has been a strong voice for women’s issues and Virginia families. As Delegate, she has already and will continue to: 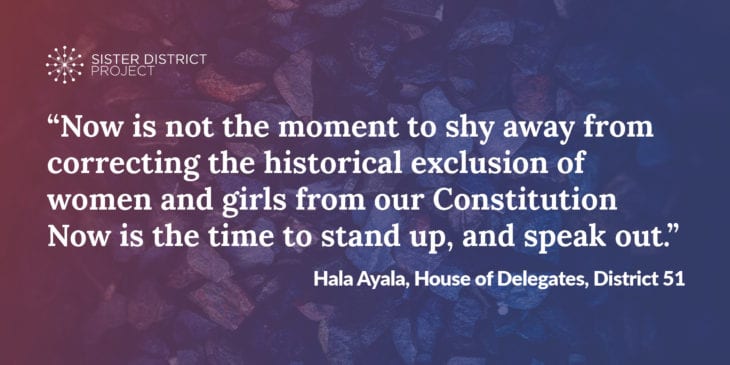 Whether it’s gun violence prevention or equal rights, fighting the climate crisis or stopping gerrymandering in 2020, the stakes in 2019 and 2020 could not be higher. In 2017, flipping the Virginia legislature seemed impossible. But together, we turned what seemed like a faint hope into a tangible possibility. We have three weeks to make it a reality.