At Sister District, our closing argument heading into the 2022 election was clear and consistent—get off the ‘pollercoaster’ and do the work. We urged folks to take heart in the fact that it is historic and unusual for the President’s party to be so close in midterm polls, and see it as a great opportunity for victory. As long-time strategist Mike Podhorzer likes to say about close polls, don’t think of them as within the ‘margin of error’—think of them as within the ‘margin of effort.’ This means election outcomes are not predetermined, and it would come down to which side talked to and turned out more voters.

Our volunteers heeded the call. In community with other grassroots volunteers, activists, year-round powerbuilding partners and others who care deeply about freedom and democracy, we came together to pour ourselves into voter contact, trust the process, and build that vision of progressive power in our states.

It worked. What materialized last night, and is continuing to come to light, is that Democrats did something extremely special in state legislatures across the country: they largely held the line and even made gains in most battleground state legislative chambers. Voters rejected MAGA extremists and Big Liars, the evisceration of abortion access, the criminality of January 6th, and the threats to our democracy. And with these issues increasingly decided by state legislatures, we achieved our wins exactly where we needed to.

We knew Democrats would have to work hard to defy the odds—but that majorities were not out of reach. Remember, Sister District has been working to build power in most of these state chambers for three cycles—endorsing and driving support to candidates in 2018, 2020, and now 2022. We took a long view in these states. And this year, we knew there was reason to hope. If we left it all on the field, we could flip seats and even chambers. And we did.

Race results and final numbers will continue to come in as ballots are counted. While we wait for more returns, here is some early information about Sister District’s 2022 field and fundraising efforts and election outcomes. All information is of 5 pm ET on December 1 2022, unless otherwise noted.

As of now, Democrats have secured new trifectas in Michigan, Minnesota, Massachusetts, and Maryland (great night for states starting with M!), and flipped the Pennsylvania House. We have held legislative majorities in Colorado, Washington, New Mexico, and Maine, and won enough seats to protect the Democratic governors’ vetoes in Wisconsin and North Carolina. 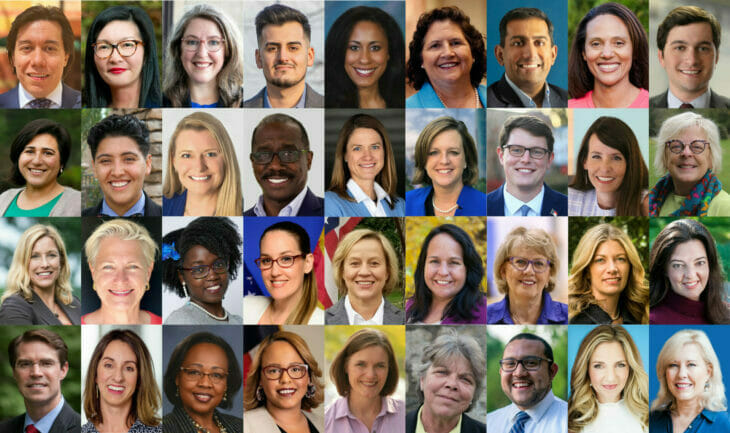 As always, Sister District candidates ran in some of the most competitive races in their chambers. 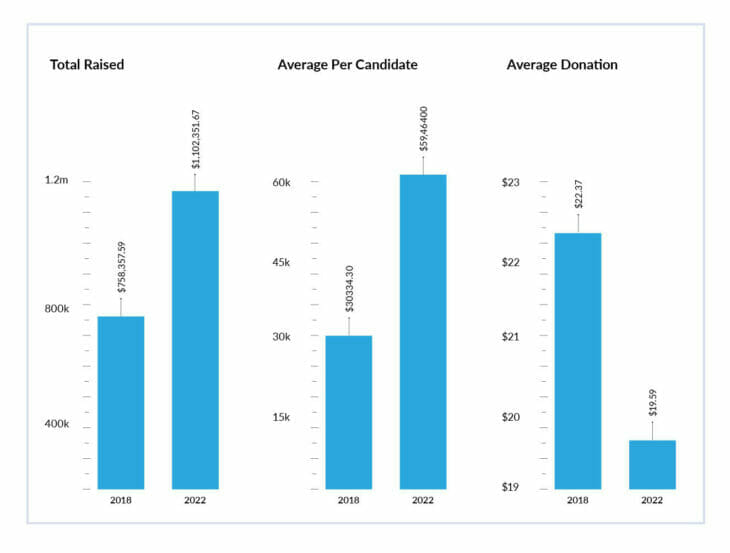 Our incredible Sister District volunteers put in the work for our candidates. 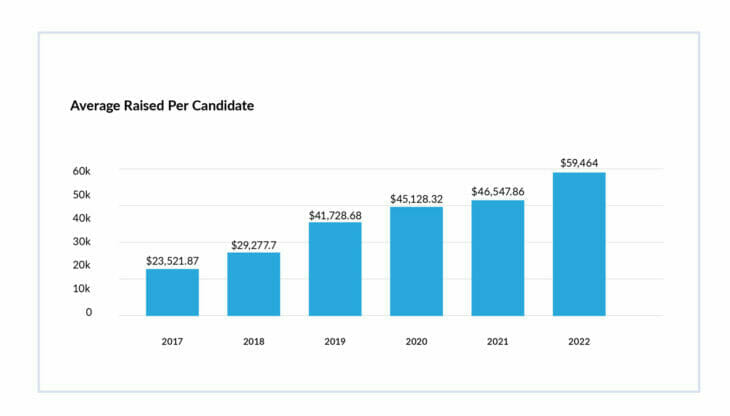 Our 2022 field and fundraising went to some of the tightest races, but it also went to support a diverse group of candidates:

Here are a few examples of our outsized impact in tight winning races.

Early Support Made a Huge Difference 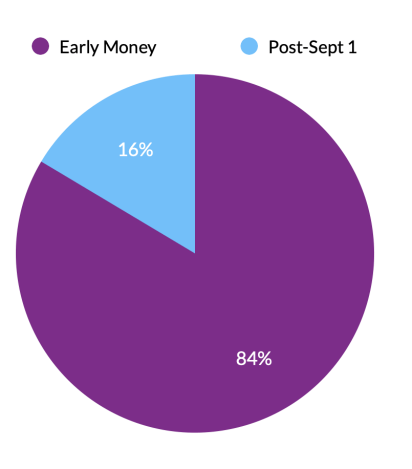 Sister District volunteers contributed a lot of time and money to early (pre-September 1) field and fundraising, resulting in an influx of support to our candidates during a critical time:

There are some incredible firsts among our Sister District legislators-elect. These include: 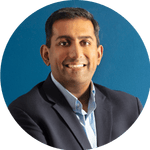 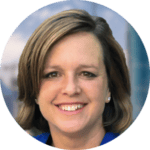 We will have more analysis, including observations about broader electoral trends and the future of state legislative power-building soon. But one thing is for sure: Sister District volunteers left it all on the field in support of these worthy candidates this year, and contributed mightily to these momentous successes!