Alex Askew was born and raised in Virginia Beach by his mother, a public school teacher. He came up through the Virginia Beach public education system, graduating from Tallwood High School and earning his undergraduate degree from Hampton University.

After graduation, Alex worked on various local, statewide, and national campaigns and projects and managed diverse teams that empowered voters to use their voice to make positive changes.

Following nearly seven election cycles, he decided to create tangible solutions for those looking to their elected officials for leadership. As a legislative aide for the Virginia House of Delegates, he helped craft groundbreaking legislation, including the nation-wide Ashanti Alert, which notifies the public of critically missing adults; Medicaid expansion; affordable housing expansion; and safe learning environment legislation to improve schools.

Since being elected to the Virginia House of Delegates in 2019, Alex has sponsored 14 bills into law, including expanding workers’ compensation coverage for firefighters, implementing a lead-water testing process in all public schools and daycares across the Commonwealth, requiring all state agencies to implement and maintain a diversity, equity, and inclusion strategic plan, and creating the first dedicated source of funding for Hampton Roads Transit.

Outside of work, Alex remains engaged in his community. He is an active member of New Jerusalem Ministries, where he mentors and tutors local youth. He is a founding board member of the New Leaders Council Virginia, as well as a board member for the Democratic Business Alliance of South Hampton Roads and a 2018 graduate of UVA’s Political Leaders Program.

In his first term as the Delegate for the 85th District, Alex’s office had 14 bills signed into law, 11 of which received overwhelming bipartisan support. Some of these bills include expanding workers’ compensation coverage for firefighters, implementing a lead-water testing process in all public schools and daycares across the Commonwealth, and creating the very first dedicated source of funding for Hampton Roads Transit.

Alex also worked with the Democratic majority in the House to pass HB1638, which removed a lot of racial codes that have been on the books for generations. They also passed HB1822 to put a $50 price cap on most prescription asthma inhalers because nobody should have to choose between putting food on the table or buying a potentially life-saving prescription.

Education
Alex believes young people are the key to a successful future and that each and every student in his district deserves the best public education possible. He believes Virginia must strengthen their public education system by providing teachers and parents with adequate resources to help students succeed.

One step that Virginia can take to improve public education is to expand early childhood education programs across the district. Children who are provided the opportunity to enter into the classroom early and jump start their educational development will be better prepared to meet their curriculum standards and perform well on standardized tests.

For students pursuing higher education, Alex has worked to make tuition at colleges and universities affordable. In the ever-expanding global economy, higher education is more essential than ever. Students should not be burdened with mounting student loan debt because they choose to continue their education and improve their lives for themselves and their families.

Transportation
Alex believes a sure way to create jobs and invest in cities’ futures is to improve state infrastructure. Virginia needs a comprehensive plan to rebuild and maintain its roads and bridges. New infrastructure projects will not only provide jobs now for the unemployed, but increase long term safety and economic growth in the community. 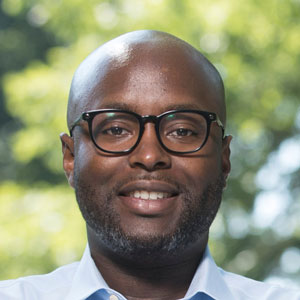 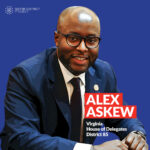