Brian Fernandez is the current Representative in LD4 and is running for the Senate Seat in the newly redistricted LD23; the same seat once held by his mother, Charlene Fernandez. Brian is a native of Yuma, and went to Arizona State University. He is the grandson of immigrants who, despite their 6-grade education, worked hard to provide their children and grandchildren with better opportunities in life. They succeeded. Not only did their children go on to obtain college educations, but also developed into prolific public servants to their community. Prior to joining the legislature, his professional background is in software engineering, and he has volunteered for several political campaigns, including those of former Governor Janet Napolitano, and Congressmen Ruben Gallego and Ed Pastor. Brian understands that a strong Arizona begins with strong local communities that have ample access to resources like public education, affordable housing, living wages, clean water, and solid infrastructure. Brian is prepared to fight for the people of Arizona and ensure that those in rural areas are heard in the state capitol.

Our community expects high-quality public schools to support property values and local businesses today, preparing children to solve the problems of the future. Public education is the foundation of a thriving economy, freedom, and quality of life. Our schools need arts, PE, technology, school counselors, as well as rigorous courses in English, math, science, and social studies. Arizona’s teachers and students deserve both respect and support. Brian will work to ensure we’re investing to make our schools high-quality, equitable, and accountable.

In the Senate, Brian will ensure our local small businesses are supported and corporations are accountable to the community, while also given space to innovate. Above all, as taxpayers, it is important that every resident enjoys the balance between keeping our hard-earned income, while also contributing fairly to the community services that ensure a high quality of life for us all now, and future generations.

Arizona is vulnerable to the effects of climate change, including extreme weather and drought. As we are already experiencing, climate change will have significant impacts on our water resources and our state’s economic opportunities. In the Senate, Brian will work with all stakeholders to consider the facts and the data to make informed decisions. We must make sure that our choices today will assure access to adequate, clean water tomorrow and into the future.

As the representative for his district last session, Brian Fernandez sponsored, co-sponsored, or helped pass funding increases or major investments into the state and his district! These investments ensure that Arizona’s tax dollars and federal grants are benefiting all those that call the state home and not just those in power. Brian puts in the work and delivers!

With the momentum of the 2020 Presidential Election on our side, we have a huge opportunity to flip the Arizona legislature – and electing Rep. Fernandez to the State Senate is imperative to do so. After serving in the lower chamber, Brian is looking to continue serving his community and the people of Arizona as a State Senator.

As a border district, investing in Brian’s race allows his campaign to cut through Republican rhetoric and noise on immigration to champion issues that are truly in need of attention – funding public schools, supporting teachers and preserving our environment.

District 23 is a majority Latino district stretching from on the border in Yuma to Tucson, with a small extension into the West Valley.

Why Arizona is important

Arizona’s Independent Redistricting Commission produced maps that give Democrats an opportunity to compete for legislative majorities, in addition to defending a number of fragile incumbents.

There are open Gubernatorial and Secretary of State elections this year, as well as a critical Senate incumbent defend election (D-Kelly) and several competitive Congressional seats (AZ-01, AZ-06).

Arizona narrowly voted for Joe Biden and elected two Democratic Senators in 2018 and 2020. It will continue to be a critical electoral battleground state from the Presidential level all the way down. It is also a democracy battleground, where GOP legislators and operatives are pursuing election subversion and sowing seeds of distrust in election administration.

In November 2000, Arizona voters passed Proposition 106, a citizen initiative that amended the Arizona Constitution by removing the power to draw congressional and state legislative districts from the state legislature and reassigning this task to the newly created Independent Redistricting Commission.

Paid for by Sister District Project with 100% from out-of-state contributors. Authorized by Brian Fernandez (LD23-Senate). 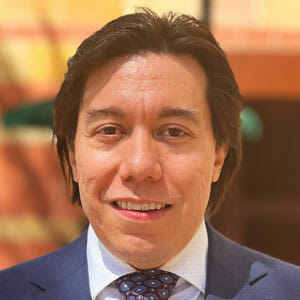