Born and raised in Prince William County, Briana is the daughter of high school sweethearts from Selma, Alabama, brought to this community by their service to our country. Both of her parents served in the United States Air Force for over 20 years. At retirement, her father held the rank of Senior Master Sergeant, and her mother held the rank of Lieutenant Colonel.

From a young age, her parents instilled in her the importance of integrity and service to others. After being stationed in the Republic of Panama for three years, Briana and her family returned to Lake Ridge, Virginia, which she has always called home. Briana is a proud product of Prince William County Public Schools. She went on to earn her Bachelor’s degree in Public Policy from the College of William and Mary and a Master’s degree in Public Administration from American University.

Briana returned home upon graduation to serve as Prince William County District Director for Congressman Connolly. In her role, she led the office in local community engagement and provided strong constituent services to thousands of area residents. Through this experience, Briana saw the endless possibilities for good when moral and compassionate leaders are in office.

As a District Director, a community organizer, and in her current role as Chief of Staff to the County Chair, Briana has been listening to the people’s concerns for the entirety of her professional life. She understands the issues of this district because she has witnessed them and lived through them. Briana will bring a bold new voice to the 51st District and be ready to legislate on day one.

Covid Relief
As a Prince William County employee, Briana has spent every day since March of 2020 working on COVID-19 issues. She has a deep understanding of the vaccine distribution process and how the responsibilities are divided between the different levels of government. She will work to secure funding at the state level to establish a Prince William County Health Department and work to ensure an equitable COVID recovery. This includes reducing unemployment, supporting small businesses, increasing access to healthcare, and making reliable internet more accessible.

Jobs & the Economy
Briana knows that Prince William County’s population doubles after 6pm every night as everyone returns home from their jobs. But Briana believes it’s time we create more good-paying jobs here in the 51st to benefit the local economy. A prosperous small business community is vital to fostering economic growth, helping to give residents a better sense of place, and mitigating that after-work traffic congestion.

Since 2018, Briana has worked with the Virginia Campaign for a Family Friendly Economy to garner bipartisan support for policies that benefit working families. She has worked to support policies like paid family and medical leave, lower-cost child-care, and affordable college and job training programs. Briana knows that when working families have the support they need, the whole economy benefits, especially during this public health crisis. If elected, she will continue working towards these policies at the state level.

Transportation
At a time when so many are struggling financially, Briana recognizes the importance of sustainable funding for public transportation. When elected, Briana will work with legislative colleagues, local governments, and experts to invest in new methods of transit and come up with ways to reduce traffic in the area. The 51st district contains some of the most prolonged and harmful traffic in the country, but Briana believes in finding creative solutions. She will also continue her long-standing work in bringing Metrorail to Prince William County.

Education
As a product of the Prince William County public school system, Briana has seen firsthand its benefits and shortcomings. Prior to the pandemic, many of the schools located within the 51st District were overcrowded, and there is great inequality in resources based on one’s zip code. Briana believes every child deserves access to quality public education, so she will always advocate for students and teachers. Briana also supports increasing vocational programs and providing alternatives to the traditional four-year college path.

Veterans
As the daughter of two Air Force veterans, Briana knows the best way to honor our veterans is to protect the health and well-being of them and their families. In Congressman Connolly’s office and in her current role at the county level, Briana has helped thousands of veterans get connected to the care they need. Oftentimes life-changing situations can be resolved with a quick phone call or email, but Briana knows how important it is to show up for the constituents. As a delegate, Briana will continue to uphold a responsive and effective constituent services operation.

Environment
Briana has been a champion for the environment throughout her entire professional career, starting in Congressman Connolly’s office. During that time, she spent years working with local leaders and elected officials to shut down the pollutant-filled coal ash pond in the neighboring town. Briana knows every citizen has a right to clean air and clean drinking water. She will work hard to bring green jobs to our Commonwealth and highlight the economic benefits of environmental legislation to ensure maximum buy-in from all sectors.

Virginia’s 51st House of Delegates district is located in Prince William County and has been represented by Democratic Delegate Hala Ayala since 2018.

There are two candidates running in the House of Delegates District 51 Republican primary: Tim Cox and Jeffery Anthony Dove Jr.

Tim Cox is a resident of Woodbridge and Navy veteran who is running as a moderate Republican.

Jeffery Anthony Dover Jr. is a former two-time candidate for US House in two different districts and has tied himself closely to the Trump Administration. In previous campaigns, he has stated that he is opposed to a woman’s right to choose  and supports the repeal of the Affordable Care Act. He has also made it clear that he opposes any gun safety regulations, a position that earned him a 92% rating from the NRA in 2018. 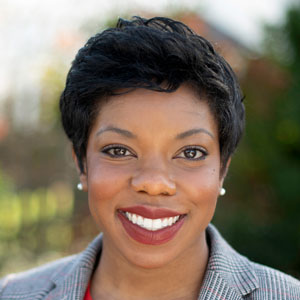