As a journalist, Del. Chris Hurst has been a fierce advocate for families struggling for access to mental health care and equality in education for students with special needs. He has investigated the reasons why Virginia’s workforce must adapt for the careers of the future, documented the dramatic rise of child abuse and opioid addiction, and held government leaders accountable while showing how first responders are left without vital resources.

However, Chris decided to leave journalism and run for office after recovering from a profound tragedy. In 2015, he was just beginning a new life with his late girlfriend, Alison Parker when he found himself on a different path after Alison and Adam Ward’s murder on television shocked him and the country.

His career in news was fulfilling, but instead of asking questions, he became focused on finding solutions. The district’s continued prayers and support gave Chris the strength to move forward and be a courageous fighter for all Virginians.

As delegate, Chris has continued to fight tirelessly to increase access to and resources for mental health care, voted to ensure gun safety laws are put in place, and has been an advocate for quality and affordable schools with adequately paid teachers. He has fought to bring jobs to the 12th District and protect land and water from outside industries and pollution. If reelected, he will continue to courageously fight for all Virginians.

Broadband
Over the past two years of Democratic state control, the state of Virginia has contributed more than $100 million in grants to localities to lay down fiber optic cables and increase access to broadband. While Chris is proud of this work, he believes there’s much more to be done to ensure that every Virginia resident has access to quality internet.

School Construction and School Funding
The state of virginia has put in more than $500 million in new funding for k – 12 schools over the past two years. If reelected, Del. Hurst will continue those investments to ensure that every Virginia student has access to a good and safe education.

Affordable Housing
In Virginia’s 12th District, the typical home sells within 48 hours of being placed on the market, which shows a shortage of housing in general, and an even more severe shortage of affordable housing. Chris is committed to finding ways of increasing housing affordability in the district.

During his second term in the legislature, Del. Chris Hurst has worked with the Democratic majority to ratify the Equal Rights Amendment. They have also expanded medicaid to hundreds of thousands of residents, raised the state’s minimum wage to $15 per hour, ended the death penalty and legalized marijuana. They have implemented criminal justice reform, covid recovery measures, and a 5% pay raise for teachers. Del. Hurst is proud of what they have accomplished and excited to continue improving the state during his next term.

Virginia’s 12th House of Delegates district is located in Giles, Montgomery, and Pulaski counties and includes the city of Radford. It is represented by incumbent Democrat Chris Hurst.

The Republican candidate running against incumbent Democrat Chris Hurst is Jason Ballard. While running as a moderate, Ballard uses Trumpian talking points throughout his website, showing that if elected, he will be just another vote for the hard right. If elected, he is committed to implementing school choice policies, which often increase racial segregation, and rolling back all gun safety reforms. He also states that he will “oppose ‘cancel culture’” in all of its forms. 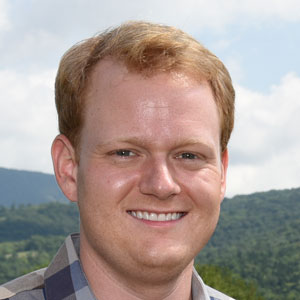