In November 2018, Pastor Dan Williams, a well-known and respected community leader ran for public office for the first time. He won 61% of the votes to flip the district blue, becoming the state representative for the 74th Legislative District in Pennsylvania.

His victory can be attributed to his commitment to the community. A Chester County resident for over 30 years, Dan treats his neighbors like his family. His loving wife of nearly 40 years (Baleria Alston Williams), three children, and one grandson can attest that “Dan is a trusted leader we can depend on.” As a former UPS supervisor and Teamster, Dan knows the important role of unions to ensure a living wage, access to affordable healthcare, and proper protections on the job.

For the past 30 years, he’s been the devoted Senior Pastor of New Life in Christ Fellowship Church in Coatesville. During this time, he has envisioned, led, and sponsored several missionary trips both domestically and abroad to Europe, Haiti, and Africa.

His continued, long-term engagement with the community not only makes him an accessible public servant to his constituents but also provides a deep understanding of what children, working adults, and seniors need to thrive throughout the 74th district.

Advancing Labor Rights
As a former Teamster member, Dan understands the importance of restoring the balance of power between workers and corporations, making him an avid supporter of unions and unionization. He authored the Pennsylvania Protecting the Right to Organize (PA PRO) Act, a landmark bill that would substantially ease the process for workers to form and join unions, simplify contract negotiations with employers, introduce real penalties against interference in organizing efforts, and protect the right to strike.

Equitable Education for All
The role of schools and teachers is to prepare our children so they can be productive members of the community in the future. Today, state funding for our public schools is at its lowest since 2007; they deserve better! Teachers should receive a fair living wage, and shouldn’t be expected to purchase extra supplies for their students. Students should have the best environment we can provide for learning, with reasonable class sizes. While charter schools offer an alternative to parents, we need to ensure that public schools are thriving.

Dan, a fierce advocate for public education, continues to push for more state funding to be directed toward Pennsylvania’s education system. He and other Democrats are backing Governor Wolf’s plan to implement a severance tax on natural gas extractors. Every other state with natural gas charges a similar tax, and it could raise $500 million a year that would be used to fund education in the Coatesville Area School District and across the state.

Freezing Property Taxes
High property tax rates, while necessary to fund education in the county, are taking a toll on seniors and those on fixed incomes. Many residents – especially those 65 and older – are getting taxed out of their homes and their communities. We can fully fund education while also reducing the burden of property taxes on seniors and those on a fixed income. Dan authored House Bill 1675 to freeze property taxes for the elderly and will work with Governor Wolf to ensure better education with more equitable funding sources.

This is a must-hold seat for Democrats in the Pennsylvania House; we’ll be hard-pressed to find a pathway to a majority without re-electing Rep. Dan Williams. Support for his campaign is crucial, especially running in a brand new district post-redistricting.

As of the 2020 Census, Pennsylvania state representatives represented an average of 64,052 residents. After the 2010 Census, each member represented 62,573 residents. The district includes the municipalities of Caln, East Caln, East Fallowfield, Sadsbury, and Valley.

Why Pennsylvania is important

Broader Electoral Opportunities
There is an open Gubernatorial election this year, as well as a strong open Senate flip opportunity. The Gubernatorial race is also critical because the Governor will appoint the next Secretary of State.

Battleground Context
Pennsylvania narrowly voted for Joe Biden in 2020, and it will continue to be a critical electoral battleground state from the Presidential level all the way down. It is also a democracy battleground, where GOP legislators and operatives are pursuing election subversion and sowing seeds of distrust in election administration.

The state House and Senate maps were redrawn by the Legislative Reapportionment Commission, a five-member panel composed of Pennsylvania’s top legislative leaders and an independent chair. The maps were then challenged by nine separate parties including lawmakers, former elected officials, and private citizens.

The Legislative Reapportionment Commission released the final state House and Senate maps in early February. While the upper chamber’s map is unlikely to radically alter the composition of its members, the state’s House map creates several additional seats that could be won by Democrats. Advocates for the map say that’s because it reversed decades of partisan gerrymandering and more accurately reflects population changes that benefitted Democrat-heavy areas.

Pennsylvania’s highest court affirmed the state’s new legislative district maps on the 15th of March, 2022, rejecting final legal challenges against them, thereby clearing the way for their use in the May primary. 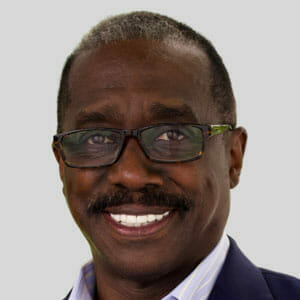