In 2017, Sister District helped Danica get elected. Danica is the first out transgender state legislator elected to office, and she was part of the new cohort of Democrats who voted to give 400,000 people access to healthcare in Virginia. We need to help her win again in 2019 so that we can finish the job and flip Virginia blue.

Danica was born in Manassas, VA, and she went to elementary, middle, and high school there. She attended college in Western New York and returned to her home shortly after graduation to become a reporter with the Prince William Times. While working at the paper, she began hormone replacement therapy, changed her name, gender and byline and, in her words, “no one cared. It was great. I could just keep doing my job.”

As a reporter, she covered sports games at every public high school in the county. She also covered poverty, homelessness, crime, education, business, development, and she was particularly involved in the issue of transportation. Her job was to know enough about the issues to hold elected officials accountable for what they did or did not do about them.

Danica learned to listen to what people were saying and understand their reasoning, regardless of her own opinions. She carried this commitment to objectivity with her as the news editor of the Montgomery County Sentinal in Rockville, MD, where she worked until 2016 when she left to run for office. She wants to bring a reporter’s sensibilities to politics. As an elected official, she intends to listen, first and foremost, and craft public policy based on research and what she is hearing from her constituents.

Danica is also a stepmother and cares deeply about ensuring that families and children of all backgrounds feel safe and are protected from bullying and discrimination.

Danica sees this as a top issue in the 13th District. She wants to fix Route 28 at find a cost-effective way to extend the Virginia Railway Express (VRE) to Innovation Technology Park. She is opposed to tolling roads in Virginia because it is form of double taxation and would require the public to give up general access roads for private companies to profit from toll revenue. She also opposes the Bi-County Parkway and Dominion Virginia Power’s proposed above-ground power towers, which were conceived without asking residents and without first forming a consensus.

Roem wants to take care of all workers in Virginia, which means increasing the minimum wage from the federal minimum level of $7.25 to at least $8.75, which would match neighboring West Virginia. She knows that clearing up traffic and improving Route 28 will bring high-paying jobs to Prince William County and will make that a high priority.

Improving the education system is a key part of Roem’s platform. She plans to (1) expand access to quality public pre-kindergarten; (2) alleviate overcrowding through smarter growth, and (3) increase teacher pay so that teachers in District 13 are paid the same as teachers in the rest of Northern Virginia. 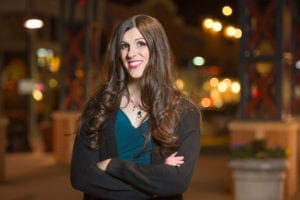 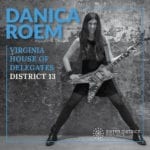