Deb Ciamacca is running for the State Legislature in the 168th District to continue her life and career in public service. A Marine Corps Veteran and public school teacher, Deb believes our public officials should work together to solve the problems that face every community: creating a public education system for the 21st century, expanding access to affordable health care, and protecting the environment for future generations.

After attending Penn State on an ROTC Scholarship, Deb served as an officer in the United States Marine Corps. After leaving the Marines, Deb worked in the private sector as a manufacturing manager at several businesses, before returning to Pennsylvania to work at Neutronics, a family owned environmental and instrumentation company in Exton. In her role, Deb managed teams of hundreds of employees and learned first-hand how local business and workers are affected by health care affordability issues and other safety net issues.

After her time in the private sector, Deb was called to serve her community again. She became a Social Studies teacher at Conestoga High School and taught government, economics, and world cultures to thousands of students. As an educator, she understands what our children need to succeed as adults and citizens in the 21st Century and is eager to bring that fight to Harrisburg.

Deb believes in common sense solutions to the problems facing Pennsylvania. In her classroom she asked students to look for the solutions that unite us rather than the problems that divide us. She learned in both the Marines and in the classroom that we can’t ignore the tough problems – we have to face them head on. Deb will work tirelessly to fix education funding so that every public school has the funding it needs. Deb will take on the entrenched interests who believe that politicians should draw our district boundaries, and will fight for fair districts. She will fight to give every Pennsylvanian access to affordable, high quality health care, and will work to create a Pennsylvania that attracts good jobs at good wages to the state.

Public Education
Pennsylvania is 47th in the country when it comes to funding public schools. Deb taught at Conestoga High School for 19 years and has seen the difference that a great education can make in the lives of our children. She is committed to working to increase funding for all public schools in Pennsylvania so that they can provide a 21st-century education for all kids.

She believes that not every student wants or needs to go to a traditional four year college. Deb will fight to provide outstanding vocational opportunities, working hand in hand with local businesses to provide students the flexibility to choose their own careers.

Gun Violence
As a teacher, Deb discovered after the Parkland shooting that she did not have the ability to keep her students safe. That’s why she strongly supports common sense gun safety reform.

In an article she produced for Time Magazine, Deb wrote: “Let’s not talk about school shootings in terms of gun control and mental health. Let’s talk about school safety. Let’s talk about whether we as a society have the will to keep our precious students safe in the place that most demands safety. It’s about getting all the stakeholders in a room: parents, teachers, police, politicians and students, rather than asking teachers to carry the entire load.”

Health Care
Hard working Pennsylvanians deserve access to good quality health care. In her career as a teacher, Deb has seen the increased anxiety and depression in today’s young people. This is why she commits to work tirelessly to control health care costs and improve access to mental health services. Additionally, Deb will fight for increased funding for substance abuse treatment and will work to hold drug companies financially responsible for the devastating opioid crisis.

Worker’s Rights
As a former President of the Tredyffrin Easttown Teacher’s union, Deb believes that every working person deserves to have a voice. She will protect worker’s rights not only by strengthening traditional labor laws, but also by instituting new laws to protect workers in the new economy. Deb also supports Governor Wolf’s plan to gradually increase Pennsylvania’s minimum wage from $7.25 to be $15 by 2024. The working men and women of Pennsylvania should not struggle to put food on their tables or pay their rent while working 40-hour weeks.

Women’s Rights
Deb expresses deep support for a woman’s right to control her own personal health and her own body. She supports the decision made in Roe v. Wade and will fight for women’s rights to make decisions about their own bodies in private consultation with their physicians.

Environment
Deb has been fighting for the environment since she marched for the passage of the Endangered Species Act on the first Earth Day. In office, she will advocate for sensible environmental policies that will not only benefit Pennsylvania’s citizens, but also protect the state’s resources and produce green jobs. Deb will also fight for a moratorium on fracking in the county until oil and gas companies have provided safety plans and protocols for these processes. 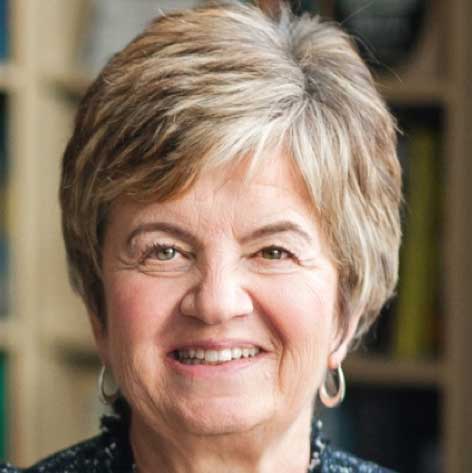 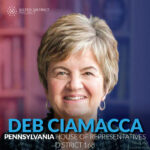