Delegate Elizabeth Guzman is a prolific and effective legislator, running for her third term in the Virginia House of Delegates. A mother to four, Elizabeth is a social worker and public administrator who was one of the first two Latinx women elected to the House of Delegates.

Because she did not have the opportunity to go to college in Peru, Elizabeth came to the United States more than two decades ago as a young single mother with only $300 in her pocket. She worked three minimum wage jobs — at Wendy’s, CVS, and a department store — in order to afford a one-bedroom apartment for herself and her daughter.

Elizabeth eventually put herself through Northern Virginia Community College and later earned two master’s degrees, building a career as a social worker who protected children from abuse. She spent years working at Fairfax County Public Schools and Fairfax Office for Children’s Head Start. Now she oversees a $20 million operating budget for the City of Alexandria’s Department of Adult Services, which serves adults with substance use disorders and seniors facing food insecurity.

Elizabeth was inspired by Bernie Sanders’ call for everyday people to run for office, a decision that was cemented when Hillary Clinton lost and Elizabeth’s 9-year-old son said the family had to return to Peru “because Donald Trump doesn’t like people who speak Spanish.”

Elizabeth ran for Delegate and defeated a 16-year- Republican incumbent in Virginia’s 2017 Blue Wave. Shortly after her election, Elizabeth was invited by now-Speaker Pelosi to give the 2018 Spanish language response to Trump’s State of the Union address. She was elected by her colleagues to serve as Chair of the Freshman Class and campaigned across the Commonwealth as the Virginia Co-Chair of Bernie Sanders 2020 campaign. Later in the year, she proudly accepted an invitation from the Biden campaign to serve on now-President Joe Biden’s National Latino Leadership Council and campaigned for the Biden-Harris ticket throughout the state.

Elizabeth is committed to building a Virginia that is #1 not just for business, but also for workers. She is a second-generation union member and one of the most progressive voices in the House of Delegates. She passed historic legislation to lift Virginia’s blanket ban on public sector collective bargaining and is leading the fight for a paid sick days law so that no Virginian has to choose between their health and a paycheck. She was also chief co-patron of the bill to raise the minimum wage and is a vocal voice against delaying its implementation. She was chief co-patron of the bill to decriminalize marijuana and sponsored legislation to raise the age at which juveniles are automatically tried as adults from 14 to 16.

Elizabeth worked with the Democratic majority in the House to pass HB1638, which removed a lot of racial codes that have been on the books for generations. They also passed HB1822 to put a $50 price cap on most prescription asthma inhalers because nobody should have to choose between putting food on the table or buying a potentially life-saving prescription.

As a social worker, Elizabeth has seen first-hand how the criminal justice system has disproportionately impacted Black and Brown communities, and how easy it is for people to fall into the school-to-prison pipeline from a young age and never get the chance to rebuild their lives. As recently as a few years ago, Virginia was ranked the worst state in the country when it came to referring school discipline cases to the criminal justice system. That’s why Elizabeth made criminal justice reform one of her key issues from her first year in office.​

She successfully waged a “three year campaign” to pass a 2020 bill that raised the age at which children are tried as adults in Virginia from 14 to 16. Even though white and Black people use marijuana at roughly the same rates, enforcement has been disproportionately targeted at Black communities. That’s why Elizabeth was chief co-patron on the bill that decriminalized marijuana in Virginia.

Elizabeth received an A+ rating from the Sierra Club and an A with “Extra Credit” from the Virginia League of Conservation Voters.

​The pandemic has reinforced that our health is closely connected to that of our communities. In the 2020 special session, Elizabeth fought for and passed a paid quarantine bill that would have ensured that workers diagnosed with or exposed to COVID-19 could quarantine with pay for up to two weeks. The bill was killed by the Senate Labor and Commerce Committee, but Elizabeth will include a paid quarantine provision in her 2021 paid sick days bill.

​​Elizabeth believes health care is a human right, regardless of immigration status. That’s why she introduced a budget amendment to help fund prenatal care for undocumented women

Virginia is ranked first in the nation for business but dead-last for workers. Elizabeth believes no one should have to choose between their health and a paycheck, but in Virginia, 1.2 million workers have no paid time off. That’s why she has introduced a paid sick days bill every year and will do so again in the 2021 legislative session.

​Elizabeth sponsored and passed a bill to lift Virginia’s blanket ban on public sector collective bargaining. Her bill, which takes effect in May 2021, will permit localities to opt-in to collective bargaining agreements with their employees. Elizabeth was also chief co-patron on the bill to raise the minimum wage and a voice against delaying its implementation. ​Elizabeth supports the repeal of Virginia’s Right-to-Work law. By undermining labor unions, Right-to-Work laws weaken workers’ voices and result in lower wages.

Shad Plank: More than two decades in making, reform for when kids are tried as adults clears major hurdle 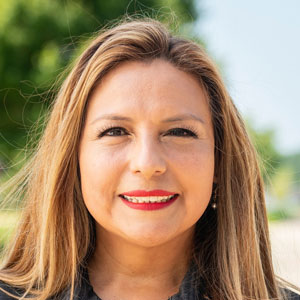 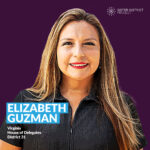